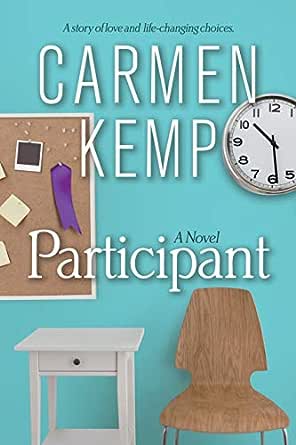 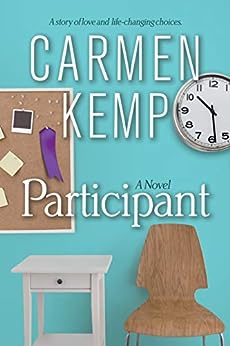 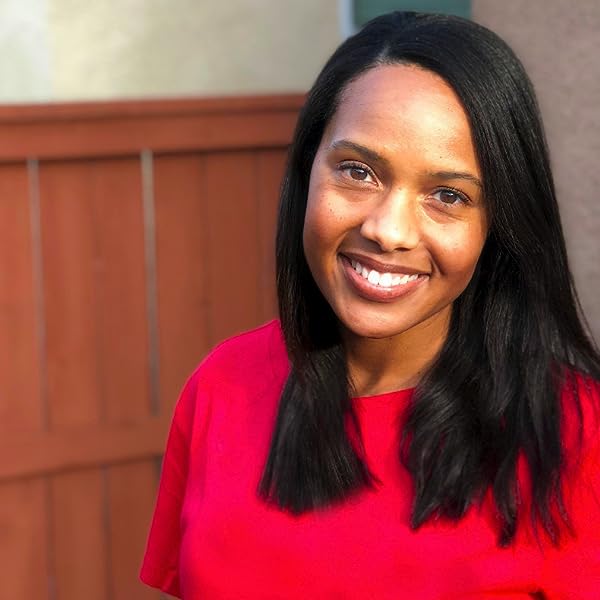 Sometimes, falling apart is the only way to put yourself together.

“The story of one woman’s journey to change her life and realize her dreams, or face another crushing failure, Participant is a fully engaging novel that showcases author Carmen Kemp’s genuine flair for originality, memorable characters, and inherently entertaining narrative storytelling skills.” ~ Midwest Book Review

Alexis spends most sunny California days in a drab cubicle toiling away at a job that crushes her soul, and goes home to a dysfunctional relationship that is doing a number on her heart. She's plagued with discontent and haunted by an unsettling melancholy, which only worsens after her fiancé of almost three years packs up and moves out. Desperate to pull herself out of a downward spiral, she spends money she doesn't have on classes at the Chloe Dillon Modeling and Acting Center. Unexpectedly, she discovers a passion for acting.

Self-discovery and new friendships abound at the Chloe Dillon Modeling and Acting Center, where she opens her eyes to positive affirmations and mingles with talented ambitious classmates. She believes she's turning her life around as she painstakingly steps towards learning to love life and herself. Battling her way through self-doubt, fear, and depression, she musters the courage to risk it all, quitting her dreaded job and pursuing a huge opportunity that could help her break into the acting industry.

In the throes of preparation for the big acting showcase, she's saddened to learn that her estranged fiancé has been diagnosed with a serious illness. Alexis, finding herself in a financially and emotionally precarious situation, must choose between a newly discovered ambition that might never become reality, and the relative safety and sense of loyalty she feels for the only man she has ever loved.

Evolved Publishing presents the story of one woman's journey to change her life and realize her dreams, or face another crushing failure. [DRM-Free]

AUTHOR: Carmen has always had a love of words, spending many summers of her childhood reading as many books as she could get her hands on. Her love of reading led to a love of writing, which started out with keeping diaries and journals since age ten, and ultimately led to her desire to write a novel. She was born and raised in Southern California, and still lives there with her husband.

EDITOR: In 2014, I eased into editing. A critique group made its way onto my priority list. If a writer buddy needed a beta read, I jumped at the chance to apply a critical eye as well as positive reinforcement to the task. With every project I worked on, whether writing or offering constructive criticism, I aimed to improve my craft as I helped my fellow author. Becoming an editor wasn't my goal, but as I learned more about the mechanics of writing, a natural evolution occurred. My editing skills grew at a much more rapid pace than my writing skills did. Since 2014, I've edited countless anthologies, novels, and independent short works from various authors. I wish I had counted. That number would be pretty handy right about now. My primary focus is on speculative fiction, but I'm also interested in women's fiction and romance.

Tami
5.0 out of 5 stars Fell in love with the characters!
Reviewed in the United States on 30 November 2018
Verified Purchase
I loved the story line of Participant but I loved the characters even more. The young women in this book are so relatable. They each have their characteristics that make you love them, but then their little quirks that just make you want to smack them. A lot like the people you know in real life! I enjoyed following them on their journey. If you've ever questioned yourself, felt stuck in a dead end job or wondered what the heck you were doing with your life, you will relate to and enjoy this book.
Read more
4 people found this helpful
Helpful
Sending feedback...
Thank you for your feedback.
Sorry, we failed to record your vote. Please try again
Report abuse

Amy's Bookshelf Reviews
4.0 out of 5 stars Great Story
Reviewed in the United States on 25 September 2019
Verified Purchase
Kemp pens a very interesting story in Participant. The story shows the readers great characters, and in the middle of trying to figure out life. The story revolves around Alexis, who is not happy with her current life. Alexis has a lot of different dimensions, and great chemistry with the surrounding characters. The story takes the reader on Alexis' journey, ups and downs, failures and triumphs while she tries to figure out her life. It's a well-written story, and I enjoyed reading it. I look forward to reading more by this author.
Read more
Helpful
Sending feedback...
Thank you for your feedback.
Sorry, we failed to record your vote. Please try again
Report abuse

Nylse
4.0 out of 5 stars A Great Beach Read
Reviewed in the United States on 30 December 2018
Verified Purchase
The Participant is well written and relatable especially if you are at a stage of life where you are floundering and trying to find yourself. It provides a realistic portrayal of the varying emotions you can go through as you navigate to your happy place. The main character has always felt inadequate to the point of wanting to end her life. This inadequacy leads to poor life choices in relationships and work. But she's always had a passion for modeling and acting and she finally listens to her inner voice. We go along on this fun journey with her as she discovers happiness. Without meaning to there are lots of life lessons in this book. A good read.
Read more
Helpful
Sending feedback...
Thank you for your feedback.
Sorry, we failed to record your vote. Please try again
Report abuse

Ruthfaith Ansah
5.0 out of 5 stars Great beach read!
Reviewed in the United States on 19 March 2019
Verified Purchase
Although I read this while on vacation you certainly can read it anytime. I love that it highlights stepping out of your comfort zone and doing something completely out of character and finally figuring out who you were all along. It's about how life has ups and downs and that nothing is certain but your outlook is what makes a world of difference. I was surprised to find myself shed a few tears because I found myself relating to the main character more than I expected I would. Highly recommend!
Read more
Helpful
Sending feedback...
Thank you for your feedback.
Sorry, we failed to record your vote. Please try again
Report abuse

Teija DeVere
5.0 out of 5 stars Fun, touching and interesting
Reviewed in the United States on 25 April 2019
Verified Purchase
The author has an entertaining voice that mixes first world problems with truly thought provoking concepts of life. I enjoyed the characters and their development as individuals as well as a group of friends.
Great read, would recommend to anyone looking for a fun, easy read!

Wendy Owen
5.0 out of 5 stars One woman's search to change her perception of herself.
Reviewed in the United States on 18 November 2019
Verified Purchase
I liked it very much! I was drawn to her characters especially Alexis and could identify. It's hard to change but realizing you have the ability deep within yourself is freeing. I really got into the book and the characters and issues. Carmen has a gift and should continue to write. I'm looking forward to reading her next book!
Read more
Helpful
Sending feedback...
Thank you for your feedback.
Sorry, we failed to record your vote. Please try again
Report abuse

janna
5.0 out of 5 stars Coming Of Age
Reviewed in the United States on 28 January 2019
Verified Purchase
It’s a story of a woman that has allowed herself to be bogged down by life at a young age, but learns to find and fight for her own happiness in life!
Read more
Helpful
Sending feedback...
Thank you for your feedback.
Sorry, we failed to record your vote. Please try again
Report abuse