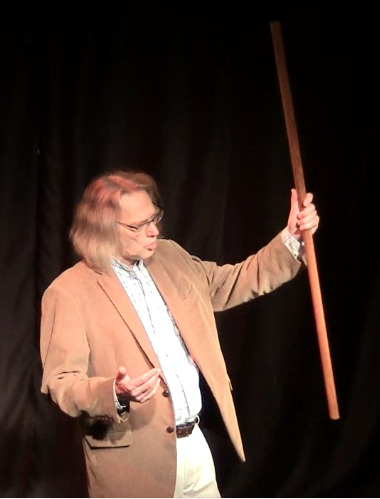 The Parliament of Poets: An Epic Poem Hardcover – 1 November 2012

Noise: The new book from the authors of ‘Thinking, Fast and Slow’ releases on May 19.
If the Amazon.com.au price decreases between your order time and the end of the day of the release date, you'll receive the lowest price. Pre-order now.
Start reading The Parliament of Poets: An Epic Poem on your Kindle in under a minute.

"Certainly wowed the crowd at the library with the performance and the words themselves." --Albany Poets News, New York

"A remarkable poem by a uniquely inspired poet, taking us out of time into a new and unspoken consciousness..." --Kevin McGrath, Lowell House, South Asian Studies, Harvard University, author on the Mahabharata

"Mr. Glaysher has written an epic poem of major importance that is guaranteed to bring joy and an overwhelming sense of beauty and understanding to readers who will travel the space ways with this exquisite poet. I am truly awed by this poet's use of epic poetry that today's readers will connect with, enjoy and savor every word, every line and every section. Frederick Glaysher is a master poet who knows his craft from the inside out, and this is truly a major accomplishment and contribution to American Letters. Once you enter, you will not stop until the end. A landmark achievement. Bravo! --ML Liebler, Poet, Department of English, Wayne State University, Detroit, Michigan

"And a fine major work it is." --Arthur McMaster, Department of English, Converse College, in Poets' Quarterly

"Very readable and intriguingly enjoyable. A masterpiece that will stand the test of time." --Poetry Cornwall, No. 36, England, UK

"Bravo to the Poet for this toilsome but brilliant endeavour." --Transnational Literature Flinders University, Adelaide, Australia

"Glaysher is really an epic poet and this is an epic poem! Glaysher has written a masterpiece..." --The Society of Classical Poets

"This Great Poem promises to be the defining Epic of the Age and will be certain to endure for many Centuries. Frederick Glaysher uses his great Poetic and Literary Skills in an artistic way that is unique for our Era and the Years to come. I strongly recommend this book to all those who enjoy the finest Poetry, and what is more, with a profound spiritual message for humanity." --Alan Jacobs, Poet Writer Author, London, UK

Graham Mummery
5.0 out of 5 stars In Search of Global Poetic Vision
Reviewed in the United Kingdom on 14 August 2014
Verified Purchase
Before reading this epic poem, I was unfamiliar with Frederick Glasher's work, yet a look in the catalogue shows he has a substantial body of work behind him. What attracted me was the ambition in this work, which attempts to look at what poetic traditions, ancient and modern might have to offer to a world which perhaps has lost touch with its spiritual and ecological centre of gravity.

The poem is described as epic suggestive of ambition. Mention epic poetry and chances are most would think of the likes of Homer, or Virgil or the Ramayana from which the Bhagavad Gita comes. In many ways it goes against the way many twentieth century poets have written, though there have been longer poems that have epic qualities, for example Odysseus Elytis's  The Axion Esti , or Derek Walcott's  Omeros by Walcott, Derek ( Author ) ON Jan-03-1998, Paperback . But possibly even the ambition of these is dwarfed by what is attempted here.

The writer of Parliament of Poets, Frederick Glaysher is obviously aware of this as he states in his introduction to his long poem. He names his poetic models as Farid Attar's and Chaucer, themselves mighty predecessors. Attar's poem  The Conference of the Birds (Classics)  is a spiritual odyssey, while the Chaucer poem is unknown to me, but I will be seeking it out after reading this. This is part of Glasher's plan because he is attempting to unify lessons from many traditions, eastern and western, and there are references to many poets from English language ones to ones from places a diverse as China, India, Mexico and Poland, as well as many times. This is an attempt to fuse a truly global vision drawing on many poetic traditions.

To create this in the narrative of the poem there is a gathering on the site of the first moon landing of huge number of poets under the auspices of the god Apollo, who was a patron of poetry. The Persona, who is the narrator, and perhaps the writer's alter to go on a journey of self discovery, learning to discover about himself and his poetic mission. The term poet is used more broadly than as is usual in English (in some languages for example "writer" includes both prose and verse authors). We therefore meet Miguel de Cervantes who was strictly a prose writer, as well a Jane Austin, similarly Black Elk to my knowledge did not to my knowledge write poetry. There are also mythic figures and visionaries, and through the poem we meet them, some of them now endowed with magical powers, for example the Mexican poet Octavio Paz now has shape-shifting powers.

Knowing who some of these figures are, though they are explained in the text may be the biggest problem some readers have here. But this need not be too big a difficulty, because for all the erudition on show here, Glasher is a lucid writer and the narrative is by and large direct rather than hermetic and allusive which puts some readers off modern poetry. The poem takes the reader on a journey through the world, from east to west. The choice of poets as guide is intriguing, especially the one that is perhaps most personal to him, namely Robert Haydn who appears to have been one of Glasher's poetic mentors. But this personalising of the quest itself gives this epic a personal aspect, grounding it in his experience. For those poets I haven't read, I will be looking them up.

This is a highly stimulating read. The range of reading on display is impressive. It is refreshing to see poetry with a mission, and a suggested role in the modern world. This work is an impressive intellectual as well as visionary feat as well as being poetic. It will certainly be of interest to those of a philosophical, poetic and visionary frame of mind. How far Glasher succeeds in his ambition, I will leave to readers. My one problem was reading this in a Kindle version, which plays a little with the lines, and makes it less easy to flip between pages and cross reference. I will be getting a book version of this work. There is much to ponder on here as well as to relish.
Read more
4 people found this helpful
Report abuse

Alan Jacobs
5.0 out of 5 stars AN EPIC POEM FOR OUR AGE
Reviewed in the United Kingdom on 7 August 2015
Verified Purchase
This Great Poem promises to be the defining Epic of the Age and will be certain to endure for many Centuries. Frederick Glaysher uses his great Poetic and Literary Skills in an artistic way that is unique for our Era and the Years to come. I strongly recommend this book to all those who enjoy the finest Poetry, and what is more, with a profound spiritual message for humanity. Alan Jacobs Poet Writer Author, President Ramana Maharshi Foundation UK.
Read more
2 people found this helpful
Report abuse

vikingpower
1.0 out of 5 stars Not a Tall Tale
Reviewed in Germany on 18 October 2016
Verified Purchase
Glaysher clearly leans towards Dante Alighieri's case of the man, and the poet, "lost in the middle of life", struggling for a mission - and one with a meaning, with that. Glaysher also clearly leans toward what some would call New Age: the breath of "All is One" pervades all of the poem. A monumental amount of work, of reading and research, must have preceded the writing of Glaysher's lines.

Yet, as Kimon Friar puts it so beautifully in the introduction to his translation of Kazantzakis' "Odyssey", true epic poetry tells us, readers, a Tall Tale. So does Homer; so does Valmiki in the Ramayana; so do Vergil, Dante, Keats with his Hyperion, Kazantzakis.

Glaysher doesn't. Apart from the protagonist's quite surprising first visit to the poets' assembly on the moon, the story is flat, and hardly saved by verbal or linguistic gems. "Flat", in the sense that the entire epic consists of a series of visits to high places, witnesses on planet Earth, to religion and human creativity. A cheese soufflé that sags as soon as it as taken out of the oven.

M. Borgman
5.0 out of 5 stars Must read for students of humanity...
Reviewed in the United States on 14 October 2015
Verified Purchase
This masterfful work goes well beyond the norm for literature of any type... It demands careful reading & I found it best absorbed in bits & pieces to be revisited frequently.... I do so and consider it an anchor within my collection... A thoughtt provoking look at humanity, choices and possibilitie... Quite simply a masterpiece...
Read more
7 people found this helpful
Report abuse

Joseph C. Jacobs
5.0 out of 5 stars Brilliant!
Reviewed in the United States on 18 April 2017
Verified Purchase
Brilliant! Rarely now do I read a book in three days. This one I did. My mind and heart were fed. I sent copies to friends. This poem is an anodyne in the era of Trump.
Read more
6 people found this helpful
Report abuse
See all reviews
Back to top
Get to Know Us
Make Money with Us
Let Us Help You
And don't forget:
© 1996-2021, Amazon.com, Inc. or its affiliates