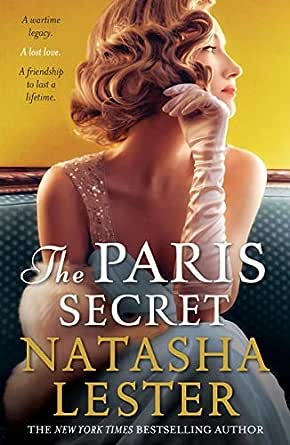 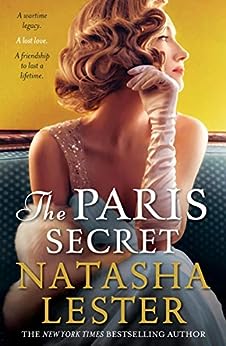 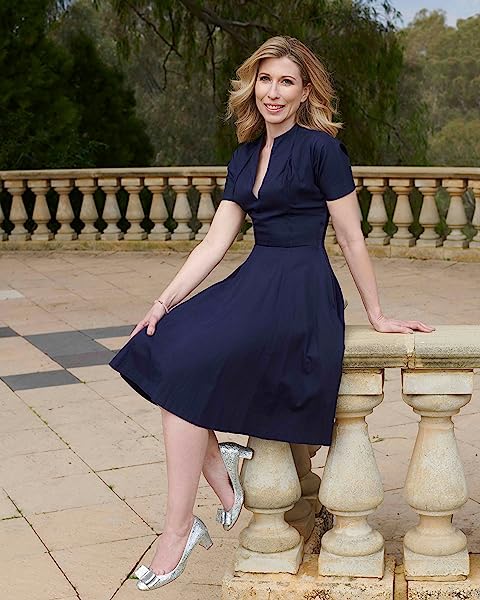 Natasha Lester worked as a marketing executive before returning to university to study creative writing. She completed a Master of Creative Arts as well as her first novel, What Is Left Over, After, which won the T.A.G. Hungerford Award for Fiction. Her second novel, If I Should Lose You, was published in 2012, followed by A Kiss from Mr Fitzgerald in 2016, Her Mother's Secret in 2017 and the Top 10 Australian and international bestsellers The Paris Seamstress in 2018 and The French Photographer in 2019. The Age described Natasha as 'a remarkable Australian talent' and her work has been published in numerous anthologies and journals.In her spare time Natasha loves to teach writing, is a sought after public speaker and can often be found playing dress-ups with her three children. She lives in Perth. For all the latest news from Natasha, visit www.natashalester.com.au, follow her on Twitter @Natasha_Lester, or Instagram (natashalesterauthor), or join the readers who have become Natasha's friend on Facebook.

"Lester is a master storyteller. In only the way Lester can do it, these seemingly unlinked stories come together in a gorgeously satisfying way that will have you wiping tears from your face in the final pages."--The Daily Telegraph on The Paris Secret

"What could be better than flight and fashion, desire and Dior? Natasha Lester masterfully stitches together the stunning fabric of four women's lives into a heartbreaker of a novel that will keep you up late into the night."--Kerri Maher, author of The Kennedy Debutante and The Girl In White Gloves

"Sweeping romances, daring wartime exploits, and haute couture combine in this thrilling tale of love, loss and mystery during the Second World War. In Margaux, Skye and Liberty, Natasha Lester showcases the unforgettable strength of women who served in England and France, bringing to life the voices of those lost in the fog of war. And the fashion... need I say more?"--Bryn Turnbull, author of The Woman Before Wallis

"Sweeping and heartbreaking, Natasha Lester's The Paris Secret tells a story of fearless women, their unrelenting bravery in the face of war, and the endurance of love against all odds. Brimming with long-held secrets, engrossing characters, and rich historical detail, this is a riveting read."--Kristin Beck, author of Courage, My Love

A wardrobe of Dior gowns. A decades-old secret. Three women bound forever by war.
From the New York Times bestselling author of The French Photographer.

Mandy White
TOP 50 REVIEWER
5.0 out of 5 stars A wonderful , wonderful story that will stay with me for a long time to come.
Reviewed in Australia on 31 March 2020
I have only recently discovered Natasha Lester's books, reading The Paris Photographer earlier this year and falling in love with her writing. All of her books are now on my TBR list to read soon! The Paris Secret is another beautifully written and heartbreaking story and I cannot recommend it more historical fiction readers. All the stars and more

Where do I start? This is a war story, a story of family and a love story. There are multiple timelines i Paris, London and Australia from 1939, 1947 and the present day. While there are alot of characters and alot happening it is in no way confusing.

We have sisters Skye and Liberty Penrose. Their mother was a pilot and Skye is following in her footsteps. The sisters do not see eye to eye and they clash. Both are working on the British war effort in different roles and reconnect with the background of war. Skye's childhood best friend Nicholas, who she has not seen for many, many years, is also in England for the war. He is now engaged to French woman Margaux Jourdan. Skye and Nicholas also reconnect in this time of war.

In the present we have Kat, a fashion conservator in Sydney. When in England she goes to Cornwall to check on her grandmothers cottage, a place she did not know existed until now. When she arrives she find wardrobes of exquisite Dior gowns that she has never seen before. Why does her grandmother have these dresses and how has she never heard about this cottage before. She is contacted by a writer, Elliot, who is looking for a woman called Margaux Jordan. Together they look into the past of her grandmother and those dresses. How are they connected? What did her grandmother really do in the war? So many secrets.

I absolutely loved how the characters intertwined throughout this story. Skye and Kat were my favourite characters - both strong women who know what they want. They are not content to be "what a woman should be"

My heart broke for these characters and Natasha Lester had me in tears in a highly emotional ending. A wonderful , wonderful story that will stay with me for a long time to come.

Thank you Hachette Australia for my advanced copy of this book to read. All opinions are my own and are in no way biased.

England, 1939. Skye Penrose is a talented pilot who has worked hard to be one of the few women to then join the Air Transport Auxiliary, supporting the British war effort. This brings her into contact with her estranged sister Liberty, her childhood friend Nicholas Crawford and his fiancée Margaux Jordan.

Paris, 1947. Christian Dior unveils his first collection of haute couture gowns to a world wearied by war. He names his debut fragrance, Miss Dior, as a tribute to his sister Catherine, who worked for the French Resistance.

And in the present, Australian fashion conservator Kat Jourdan discovers a wardrobe filled with priceless Dior gowns in her grandmother’s cottage in Cornwall. As Kat tries to discover the story behind the gowns, she learns that there is far more to her grandmother’s life than she knew.

This novel held my attention from beginning to end. I read about the vital role female pilots played in the British war effort and the work undertaken by members of the Special Operations Executive. I worried about Skye, became annoyed with Liberty and wondered about Nicholas and Margaux. And in the present, I hoped that Kat would both find happiness and find out more about her grandmother.

This is a beautifully detailed historical novel, blending fact and fiction into an unforgettable story about love and sacrifice.

Note: My thanks to NetGalley and Hachette Australia for providing me with a free electronic copy of this book for
review purposes.

paddlefoot1397
TOP 10 REVIEWER
5.0 out of 5 stars Another amazing tale
Reviewed in Australia on 1 April 2020
Natasha Lester has done it again with The Paris Secret.

I am loving Australian historical stories at the moment, and Ms Lester's are books that I will always pick up and read.

She weaves a wonderful story of strong women during war time, family secrets and loves that last a lifetime.

Skye's story is one of a woman breaking stereotypes and chasing after the life and career she wants. I cheered as she took each step up to her true calling.

The story is told in the time of WW2 and current times. Many tales are interweaved to bring us to a conclusion that I was not completely expecting. I had an idea that something was up, but was not expecting things to go where they did.

I adored the Christian Dior aspect of the story. I found myself reading with one hand, and googling images of dresses mentioned with the other.

A beautifully written story, full of tragedy as well as love and hope. I was completely drawn into the life of Skye, and days later I am still thinking about her story.

Lynne Smith
5.0 out of 5 stars Historical fiction based on true facts.
Reviewed in the United Kingdom on 17 May 2020
Verified Purchase
I enjoyed the twist and turns of this book through the war years, some of it quite harrowing. I found the authors notes at the end extremely informative and have learned a lot about women’s involvement in the war.
Read more
Helpful
Sending feedback...
Thank you for your feedback.
Sorry, we failed to record your vote. Please try again
Report abuse

Kindle Customer
5.0 out of 5 stars Grat Book
Reviewed in the United Kingdom on 25 April 2020
Verified Purchase
Enjoyed this book very much. I will be telling my friends about it. Also I will be reading more books by Natasha Lester.
Read more
Helpful
Sending feedback...
Thank you for your feedback.
Sorry, we failed to record your vote. Please try again
Report abuse