Temporarily out of stock.
Order now and we'll deliver when available. We'll e-mail you with an estimated delivery date as soon as we have more information. Your account will only be charged when we ship the item.
Delivery Rates and Return policy
$41.73
& FREE Delivery
Sold by: BuyGlobal
Sold by: BuyGlobal 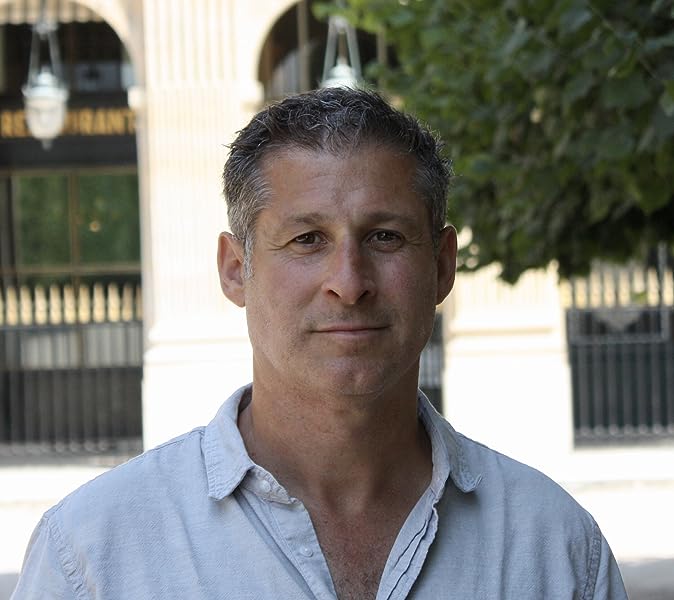 by Chris Pavone (Author)
3.8 out of 5 stars 218 ratings
See all formats and editions
Sorry, there was a problem loading this page. Try again.

Chris Pavone grew up in Brooklyn, graduated from Cornell, and was an editor at book-publishing houses in New York for fifteen years. His 2012 debut, The Expats, described by the Sunday Times as 'a captivating, sophisticated thriller' won both the Edgar and Anthony Awards for best first novel and was a Sunday Times bestseller. It was followed in 2014 by the New York Times bestseller, The Accident and his his most recent novel, The Travelers, was The Sunday Times Thriller of the Month.
Start reading The Paris Diversion on your Kindle in under a minute.

3.8 out of 5 stars
3.8 out of 5
218 global ratings
How are ratings calculated?
To calculate the overall star rating and percentage breakdown by star, we don’t use a simple average. Instead, our system considers things like how recent a review is and if the reviewer bought the item on Amazon. It also analyses reviews to verify trustworthiness.

Wolfgang Kasper
3.0 out of 5 stars Paris evoked
Reviewed in Australia on 20 June 2020
Verified Purchase
A cleverly constructed thriller, interwoven story lines told in short staccato bits, which can sometimes irritate the reader and which makes for sometimes artificial suspense. The plot is wrapped in a wonderful evocation of Paris, and that has made reading this page turner a pleasure for me.
Read more
Helpful
Report abuse

Alex O'connell
4.0 out of 5 stars Thanks for sending it to me hoping to get it signed by Chris himself
Reviewed in Australia on 25 August 2021
Verified Purchase
Great condition and cover 📔 uplifting quotes for the book from people
Not sure what I dislike

Kindle Customer
1.0 out of 5 stars Boring
Reviewed in Australia on 23 October 2019
Verified Purchase
This book was boring, I used it to put me to sleep at night.
Read more
Helpful
Report abuse

Robert Hitchins
4.0 out of 5 stars The Spy Still Loved Me
Reviewed in Australia on 7 June 2019
The author grew up in Brooklyn, graduated from Cornell, and worked in publishing for nearly 20 years until his wife got a job in Luxembourg. There, Chris raised their twin boys and started writing fiction, as you do. They now live in New York again.
He’s cranked out three bestselling thrillers. The first, The Expats (2012), won both the Edgar and Anthony awards, was translated into 20 languages, and is being developed for hew screen.
His fourth and latest effort, The Paris Diversion, shares the same protagonist as The Expats.
Kate Moore is in her late 30s, a CIA agent who specialised in Latin America and killing people. She swapped to a desk job in Washington after marrying IT geek Dexter and starting a family. In a case of art imitating the author’s life, Dexter comes home one day and announces he’s snagged job in Luxembourg.
The shifts back and forth in time in the first half of The Expats had me on the verge of DNF, but the author settles into his work from there and drags everything together satisfactorily.
The Paris Diversion takes place several years later in, you guessed it, the City of Love. Our hero is back in the life as local station chief, where she finds shopping for toys and children clothes breaks the monotony of fighting terrorism. The narrative this time is more polished, and the plot holds together better, although it helps if you’ve read the first book.

annakindly
3.0 out of 5 stars Up and down like a fiddlers elbow
Reviewed in the United Kingdom on 6 November 2019
Verified Purchase
I read The Expats and remembered it being very good. The moment i started reading this i suddenly remembered that the author has an annoying habit of building tension and then breaking it again to have a little think about some backstory, or some musing about something that happened in the past. Its extremely frustrating as it keeps breaking the tension. Pick a narrative thread and stick to it! Got halfway and gave up.
Read more
2 people found this helpful
Report abuse

GLENNIS-WILDDOG Spain
4.0 out of 5 stars YOU DO REALLY NEED TO HAVE READ EXPATS
Reviewed in the United Kingdom on 6 September 2019
Verified Purchase
I like Chris Pavone's books, and have read all 4. It is a certain style and maybe not to all tastes in their complexity. Personally, I enjoyed this book as much as the others, although in parts towards the end of book, Kate's abilities became rather super human, hence 4 stars not 5. Recommend.
Read more
Report abuse

Watty
2.0 out of 5 stars Boring-lacked punch
Reviewed in the United Kingdom on 10 August 2019
Verified Purchase
The punch of the book was poor, disappointing and frankly quite boring and in the end I gave up on reading it-there have only been very few books where I've shelved them but this was one of them-I wont be reading any more from this author.
Read more
Report abuse

Alpharius
3.0 out of 5 stars Grammar!
Reviewed in the United Kingdom on 26 August 2020
Verified Purchase
Liked the plot, liked the pacing, liked the character depictions but the could barely make it to the end due to poor use of punctuation. The liberal use of commas in place of full stops, semi-colons, colons and dashes is jarring in the extreme. The book would have benefited from a proofreader.
Read more
Report abuse

Donny Rock
2.0 out of 5 stars Lack of interest
Reviewed in the United Kingdom on 21 October 2019
Verified Purchase
A peripheral CIA unit in Paris trying to survive and trace missing cash and personnel. Quite a boring, overlong account with a scarcely credible plot and little character development.
Read more
One person found this helpful
Report abuse
See all reviews
Back to top
Get to Know Us
Make Money with Us
Let Us Help You
And don't forget:
© 1996-2021, Amazon.com, Inc. or its affiliates