The Paris Architect and over 1.5 million other books are available for Amazon Kindle . Learn more
Share <Embed> 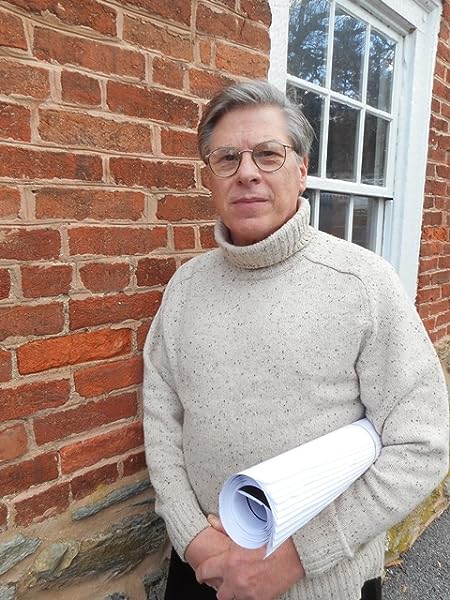 Page 1 of 1 Start overPage 1 of 1
This shopping feature will continue to load items when the Enter key is pressed. In order to navigate out of this carousel please use your heading shortcut key to navigate to the next or previous heading.
Back
Next
Start reading The Paris Architect on your Kindle in under a minute.

4.4 out of 5 stars
4.4 out of 5
2,692 global ratings
How are ratings calculated?
To calculate the overall star rating and percentage breakdown by star, we don’t use a simple average. Instead, our system considers things like how recent a review is and if the reviewer bought the item on Amazon. It also analyses reviews to verify trustworthiness.

PB Matthews
5.0 out of 5 stars The Paris Architect
Reviewed in Australia on 17 November 2018
Verified Purchase
A wonderful tale of both the awfulness and the generousity of humanity. A journey of indifference to commitment. A gripping story of the terror of life in occupied Paris in WW11.
Read more
Helpful
Comment Report abuse

Janice NIppers
5.0 out of 5 stars Something I can associate with
Reviewed in Australia on 13 December 2018
Verified Purchase
A totally different take on a well written historical story. Keeps you interested and sympathetic all the way through.
Read more
Helpful
Comment Report abuse

Savage Reader
4.0 out of 5 stars An easy and entertaining read
Reviewed in Australia on 13 April 2017
Verified Purchase
A page turner that won't tax you much but keeps you interested. Good character and story development but does seem to fade towards the end.
Read more
Helpful
Comment Report abuse

Amazon Customer
5.0 out of 5 stars Would make a great film!
Reviewed in Australia on 7 January 2017
Verified Purchase
A well written and intriguing book that I had trouble putting down. I didn't like the torture bits but it added to the authenticity. Highly recommended.
Read more
Helpful
Comment Report abuse

Rebecca Sambrook-Smith
3.0 out of 5 stars Great story, but dull, obvious, clunky prose.
Reviewed in Australia on 15 January 2016
Verified Purchase
Interesting, page-turner of a tale, but told in a style which is so literal and uninspiring that some readers might want something more satisfying to digest.
Read more
Helpful
Comment Report abuse

alan & barbara eastwood
4.0 out of 5 stars Gripping read
Reviewed in Australia on 23 July 2014
Verified Purchase
An excellent read, interesting all though confronting at times. Difficult to put down. All most felt sad realising that I had read the last page.
Read more
One person found this helpful
Helpful
Comment Report abuse
See all reviews

A. G. Wallace
3.0 out of 5 stars Spoilt by unconvincing dialogue
Reviewed in the United Kingdom on 25 November 2015
Verified Purchase
Using the novel as a vehicle in which to demonstrate his interest and architectural knowledge about intriguing, secret hideaways built for Jews in Paris during the German Occupation of WWII, Charles Belfoure succeeded in capturing my interest perfectly.
Unfortunately the storyline was somewhat laboured and jumped around disconcertingly. Also I never quite felt that he was writing in the right time zone: for example on page 316 (Kindle edition) one of the characters suddenly and incongruously refers to Halley’s Comet, last seen by Europeans in 1910, which seemed a very unlikely remark in this wartime story set well over thirty years later. Even nowadays, after 29 years since we last saw it in 1986, Halley’s Comet doesn’t exactly spring to mind as an example of a rare occurrence.
More importantly it is obvious he did no research into how people actually spoke in 1940’s France or similarly in Germany. If he had wanted his dialogue to sound authentic he should have employed an experienced European editor to advise him.
Although overall this tale was well written, but when his characters became angry or impatient American idioms in the dialogue abounded. His choice of American slang and swear words were also used far too frequently and jarred dreadfully. The use of such contemporary American expletives did not sound true to the period, which was a great pity. To give you an inkling of the type of swearwords used, when I included the worst of these in my initial review it was rejected by Amazon for including profane and obscene content!
For me, the author’s lack of attention to detail sadly ruined an otherwise interesting and informative story. His descriptive text was well written and because of this redeeming fact, and despite my general irritation, I finished the book.

Apc
4.0 out of 5 stars An interesting aspect of life in Paris in WWII for an unemployed architect.
Reviewed in the United Kingdom on 8 November 2019
Verified Purchase
I thoroughly enjoyed the book and it gave a picture of life in Paris during the German occupation of the country. Lucien started by being unconcerned by the plight of the Jews but was drawn into the situation by designing ingenious hiding places for them in their half-way safe houses should the Germans raid the property. Through the same link Lucien also began designing factories for the Germans increasing the chances of him being found out and the Free French considered him to be traitor. The novel had a good plot and was well written, though like previous reviews I found the description of the German methods of torture a little too graphic and unnecessary. I also agree that comparing French WWII novels I preferred ‘All the Light I Cannot See’.
Read more
Report abuse

Ernest Godfrey
3.0 out of 5 stars Ok
Reviewed in the United Kingdom on 10 August 2016
Verified Purchase
Bit of a love storey really. The architectural background is sort of realistic although only surface deep. The sketch plan layout and detailing of buildings of this size can take three people two or three weeks done properly and without CAD much longer. The whole French / Paris during the occupation felt a bit plastic but then I have nothing really to compare it too. The half mad Shengel was the best character for me.
Read more
3 people found this helpful
Report abuse

Amazon Customer
2.0 out of 5 stars Paris 1940s?
Reviewed in the United Kingdom on 9 May 2016
Verified Purchase
Didn't feel transported to the 1940s. The language seemed out of period and very American. I read it in two sittings because I did want to know what happened but somehow did not believe in the characters and situations. For example, what language were the French and Germans communicating in? ( I, personally, think this is an important element in the story.) Reminded me a lot of the French film "Monsieur Batignole" about a butcher, who in spite of his previous political leanings ends up sheltering a Jewish boy.. Very similar story with equally unbelievable happy ending. The descriptions of the architectural solutions to hiding places was an interesting angle. Good holiday read with the potential to have been much better.
Read more
4 people found this helpful
Report abuse

Valeriewrites
4.0 out of 5 stars .
Reviewed in the United Kingdom on 28 May 2019
Verified Purchase
Intriguing and clever. I couldn't give a full five stars because I couldn't read the torture scenes and hate unnecessarily graphic descriptions of sex. Generally, however, this is a good read, which keeps up the tension to the very last moment. It certainly makes me wonder how brave I might be in such circumstances.
Read more
Report abuse
See all reviews
Get FREE delivery with Amazon Prime
Prime members enjoy FREE Delivery and exclusive access to movies, TV shows, music, Kindle e-books, Twitch Prime, and more.
> Get Started
Back to top
Get to Know Us
Make Money with Us
Let Us Help You
And don't forget:
© 1996-2020, Amazon.com, Inc. or its affiliates