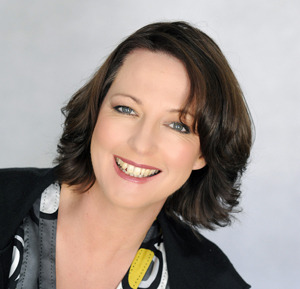 Releases January 22, 2021. Pre-order Ready Player Two now with Pre-order Price Guarantee.
If the Amazon.com.au price decreases between your order time and the end of the day of the release date, you'll receive the lowest price. Order now
click to open popover
Tell the Publisher!
I’d like to read this book on Kindle

Kelly Hunter has always had a weakness for fairytales, fantasy worlds, and losing herself in a good book. She is married with two children, avoids cooking and cleaning, and despite the best efforts of her family, is no sports fan! Kelly is however, a keen gardener and has a fondness for roses. Kelly was born in Australia and has travelled extensively. Although she enjoys living and working in different parts of the world, she still calls Australia home.

Jessica Hart had a haphazard early career that took her around the world in a variety of interesting but very lowly jobs, all of which have provided inspiration on which to draw when it comes to the settings and plots of her stories. She eventually stumbled into writing as a way of funding a PhD in medieval history, but was quickly hooked on romance and is now a full-time author based in York. If you’d like to know more about Jessica, visit her website: www.jessicahart.co.uk

Anne Oliver lives in Adelaide, South Australia. She is an avid romance reader, and after eight years of writing her own stories, Harlequin Mills and Boon offered her publication in their Modern Heat series in 2005. Her first two published novels won the Romance Writers of Australia’s Romantic Book of the Year Award in 2007 and 2008. She was a finalist again in 2012 and 2013. Visit her website www.anne-oliver.com.

linda stockley
5.0 out of 5 stars Five Stars
Reviewed in the United Kingdom on 24 January 2015
Verified Purchase
Really enjoyed this. Can't wait to read the other books in this series
Read more
One person found this helpful
Report abuse
See all reviews
Get FREE delivery with Amazon Prime
Prime members enjoy FREE Delivery and exclusive access to movies, TV shows, music, Kindle e-books, Twitch Prime, and more.
> Get Started
Back to top
Get to Know Us
Make Money with Us
Let Us Help You
And don't forget:
© 1996-2020, Amazon.com, Inc. or its affiliates