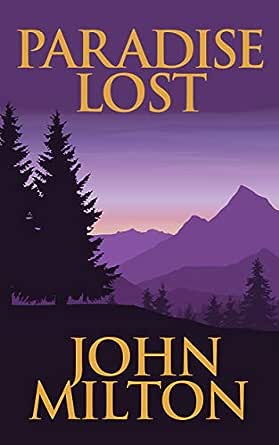 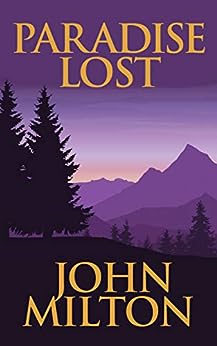 Pullman sagely advises the uninitiated to put sound before sense, allowing the power of Milton's music to work its magic. (Wall Street Journal)

The Wily One
5.0 out of 5 stars A few comments on the 984,562 editions of Paradise Lost on Amazon
24 January 2015 - Published on Amazon.com
Verified Purchase
Amazon has the bad habit of lumping reviews of multiple editions of a book without regard as to author/editor or publisher, to the detriment of the buyer's choosing an edition, so I write to make a few comments on the 984,562 editions of "Paradise Lost" listed for purchase. I have used the titles as listed by Amazon to help find the editions I refer to, and, with the exception of the books by Kastan, Lanzara, and BookCaps, the ones I discuss below are ones I own and am familiar with.

The version with an introduction and comments by Pullman has text that is large and readable, line numbers and some nice illustrations, taken from the first illustrated edition, published in 1688. It is a nice copy for those who want just the text of the poem. The text is based on Stephen Orgel's 2008 Paradise Lost (Oxford World's Classics) which has been modernized presumably with respect to capitalization, spelling and punctuation. The comments by Pullman are worthwhile, but, while he may be a very good writer, he is not a scholar of Milton. Unlike Orgel, there are no annotations or notes to explain Milton's often arcane language and allusions.

For readers seeking annotated versions, I suggest the following.

The ultimate edition of Milton is Alastair Fowler's Milton: Paradise Lost: it has been called the Bible of Milton scholars; one review I saw called it suitable for graduate students majoring in Milton. It is one of the few available based on the first edition of "Paradise Lost", published in 1667, but Fowler states that it also includes the additions made in the second edition of 1674 --- the version that most of today's editors use. Know that Fowler has produced a very, very scholarly version with many, many notes, sometimes to the point that they leave only two or three lines of the poem on the page, so I strongly urge using the "Look Inside" feature before deciding to buy it. I recommend Fowler's 1998 Milton: Paradise Lost (2nd Edition) edition in used paperback ---- reissued in 2006 with a new cover and much higher price.

The blurb from the publisher on the Pullman webpage misleads the reader by mentioning "This is the first fully-annotated, old-spelling edition ..." It ain't (as the small print says). I can't find the actual book this blurb refers to, there are several that might be the one mentioned. One such version, with very favorable recommendations, is Barbara K. Lewalski's 2007 Paradise Lost that reproduces the original language, spelling, punctuation, capitalization, and italics of the 1674 text. Its annotations are on the same page. Again, I would again urge potential buyers to "Look Inside." (Incidentally, I was able to find a .pdf copy of it online).

Another annotated edition, again with those on the same page, that sticks close to the original 1674 text (but with some minor modernization) is Merritt Y. Hughes' Paradise Lost (Hackett Classics), first published in 1935, and revised in 1962. It is advertised as one popular with college professors for their classes, whatever that may mean. From what I gather, Fowler has replaced Hughes as the scholarly version to use.

The edition by Hughes was taken in 2003 by David Scott Kastan (Paradise Lost (Hackett Classics)) and edited more extensively, again with the annotations on the same page. Incidentally, Kastan's comments on how he edited, along with comments on any editor's choices when dealing with Milton, are well worth reading, and can be found under "Textual Introduction" using the "Look Inside" feature. I urge reading them to understand how and why there are so many different editions of Milton.

Yet another annotated edition that comes close to the original is by John Leonard's Paradise Lost (Penguin Classics). The ad for this version states that the text has been modernized to the degree of reducing some capitals and italics, and correcting the spelling and some punctuation. It is annotated, but not to the degree of Fowler --- but the notes are at the back of the book rather than the bottom of the page as seems customary and which I personally find difficult to use because of constantly having to flip between pages. Again, I would urge potential buyers to "Look Inside."

There are many other scholarly editions available in addition to the ones I have mentioned here, including one online at the John Milton Reading Room at Dartmouth College.

For those who might like a less challenging version of "Paradise Lost", I suggest BookCaps "translation" (Amazon's words, not mine) Paradise Lost In Plain and Simple English or at an even less difficult level, Joseph Lanzara's John Milton's Paradise Lost In Plain English: A Simple, Line By Line Paraphrase Of The Complicated Masterpiece. Should those prove too difficult, there might be somewhere a copy by Classics Illustrated comics, although a search by Google turns up nothing --- perhaps they never published one.

Since each edition of "Paradise Lost" has its strengths and weaknesses, how does the buyer go about selecting an edition for purchase? To me, it's rather like buying a car --- ultimately based upon personal preference, but in this case, rather than engine and body style, determined by the way the editor has modified Milton's language and added annotations, and their degree of adherence to his original language --- some editors produce as little modernization as possible to retain Milton's original meter and rhythm for reading aloud, while others try for a more modern sound. I would suggest using the "Look Inside" feature, to see what the editor has done, to help making a decision.

Whichever edition you buy ---- and I recommend the one by Lewalski ---- may you find great enjoyment in reading what I consider the greatest epic poem in the English language --- although you might agree more with what Donald Sutherland's character, Jennings, had to say about it in the movie "Animal House": "Now what can we say about Milton's "Paradise Lost"? It's a very long poem. It was written a long time ago, and I'm sure a lot of you have difficulty understanding exactly what Milton was trying to say. ..... Don't write this down, but I find Milton probably as boring as you find Milton. Mrs. Milton found him boring too. He's a little bit long-winded, he doesn't translate very well into our generation, and his jokes are terrible."

Steven R. Robertson
3.0 out of 5 stars Milton = excellent; commentary = beyond awful.
6 August 2017 - Published on Amazon.com
Verified Purchase
Milton is a genius, but the introduction and commentary on the poem are atrocious. It reminds me of Chesterton's comment about John and Revelation: "Though St. John the Evangelist saw many strange monsters in his vision, he saw no creature so wild as one of his own commentators."

A far more helpful guide to Paradise Lost is Leland Ryken's volume in his series Christian Guides to the Classics. The detail is not as granular, but it's a far more reliable commentary on the poem itself.
Read more
18 people found this helpful

Robert S. Hanenberg
1.0 out of 5 stars The footnotes are not linked to the text in the Kindle version
12 May 2019 - Published on Amazon.com
Verified Purchase
All the learning, the scholarship and the great strivings on the part of the editor to achieve clarity, relevance and accuracy in order to make this great text accessible to modern readers—all was wasted because someone, probably some sub-sub-editor, did not understand what a footnote is.

In the Kindle edition the footnotes are not linked to the text. So you if you encounter a word which you do not understand and want to see if the editor glossed it, you have to wade through hundreds of pages of footnotes to locate the place where such a footnote might be. There is no hyperlink in the text to take you there directly.

I am sure Dante had a place in his inferno for such a sub-sub-editor, who should be accompanied there by all those supposedly supervising the sub-sub-editor, but who nonetheless authorized the publication of this Kindle text.

Fortunately, Amazon makes it easy to get your money back.
Read more
7 people found this helpful

I obtained this for my Kindle because I wanted an edition of Paradise Lost for the Kindle that included the line numbers, and this one does. It also incorporates an introductory essay and notes written by John Leonard. As far as I can tell so far, the text is all properly formatted and there are no spelling or editing errors - recognizing of course that the text here is in accordance with how the poem was written by Milton so it is in Olde English and does not conform with contemporary style of writing.

Of the many other editions of Paradise Lost available for the Kindle, I also have the one published by Simon & Schuster (Paradise Lost), which also includes line numbers but does not have any supplementary materials. I do not have the Kindle editions released by Oxford (Paradise Lost) or Modern Library (Paradise Lost (Modern Library Classics)) but I assume they would be comparable to the Penguin edition, including supplementary essays and notes as well as presenting the text with line numbers. I would expect that the most scholarly edition (for most readers) would be Paradise Lost (Norton Critical Editions), however I don't see a Kindle version available of the Norton edition.

This Kindle edition is completely satisfactory, along with the previously mentioned Oxford and Modern Library editions, that I think would be pretty much equivalent. Any of these editions will generally sell for modest prices here on Amazon and can occasionally be found discounted (I picked up my Penguin edition at that 95 cents, for example, but as I write this review today it is selling for just over five dollars).
Read more
9 people found this helpful
Go to Amazon.com to see all 473 reviews 4.0 out of 5 stars
Get FREE delivery with Amazon Prime
Prime members enjoy FREE Delivery and exclusive access to movies, TV shows, music, Kindle e-books, Twitch Prime, and more.
> Get Started
Back to top
Get to Know Us
Make Money with Us
Let Us Help You
And don't forget:
© 1996-2020, Amazon.com, Inc. or its affiliates