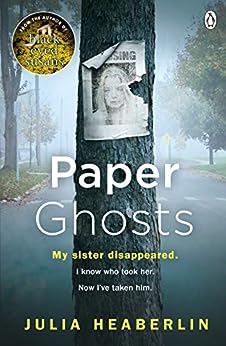 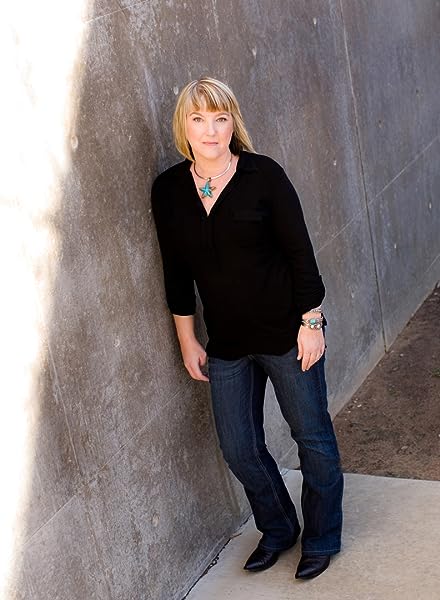 Carl Louis Feldman is an old man who was once a celebrated photographer.

Before he was tried for the murder of a young woman and acquitted.

Before his admission to a care home for dementia.

Now his daughter is taking him on a trip.

Because Carl's past has finally caught up with him. The young woman driving the car is convinced he is guilty, and that he's killed other young women. Including her sister Rachel.

Now they're following the trail of his photographs, his clues, his alleged crimes. To see if he remembers any of it. Confesses to any of it. To discover what really happened to Rachel.

Has Carl truly forgotten what he did or is he just pretending? Perhaps he's guilty of nothing and she's the liar.

Either way in driving him into the Texan wilderness she's taking a terrible risk.

For if Carl really is a serial killer, she's alone in the most dangerous place of all . . .

. --This text refers to an alternate kindle_edition edition.

"[An] artful and elegiac psychological thriller . . . The author wields words like weapons, with each one chosen to heighten tension, underscore emotion, or foreshadow doom. . . . [Julia] Heaberlin brilliantly combines travelogue with a heartbreaking portrait of the damage done by childhood."--Publishers Weekly (starred review) "Paper Ghosts is an exceptional read, with a deftly woven plot--a book to devour in one sitting. This is breathless storytelling at its very best, with a deeply satisfying ending that will give book groups--and all your friends, when you recommend it--much to discuss."--Elizabeth Haynes, New York Times bestselling author of Into the Darkest Corner

"This book haunted me. The writing is beautiful and chilling, laced with a subtle dark humor, and the multiple twists build to a perfect icy shiver of an ending. I loved it!"--C. J. Tudor, author of The Chalk Man "Paper Ghosts is a stunner: a creepy, complicated thriller that crawls under your skin from the outset and burrows deeper with every page; the kind of 'there's no way this is going to end well' story in which you know that what the character is doing is a very, very bad idea but you can't look away. It's a chilling, nuanced, just-one-more-page novel from a master of psychological suspense. Highly recommended!"--Karen Dionne, author of The Marsh King's Daughter "With prose as sharp and flinty as the book's protagonist, Paper Ghosts takes a deep dive into the murky well of moral ambiguity, as one woman's obsession with her missing sister collides with a serial killer's dementia over the course of a thrill-packed road trip deep into the heart of Texas. This novel brilliantly asks you to question everything you see (and don't see) around you."--Nina Sadowsky, author of Just Fall and The Burial Society "The heroine of Paper Ghosts cons a suspected serial killer claiming dementia into joining her on a road trip, in the hope of triggering his memories--and confessions--of what happened to several missing women. Their journey hurtles through Heaberlin's vivid Texas toward a surprising and satisfying conclusion, guided by clues in enigmatic photographs. The trip is engrossing, tense, and tightly written, with a luminous sense of place."--Emily Winslow, author of the Keene and Frohmann mysteries

"Paper Ghosts is the spellbinding, brilliantly original story of a young woman desperate to find her missing sister and the man who she suspects knows the truth, joined together on a perilous journey as elusive and mysterious as the paper ghosts that lure them. Julia Heaberlin's love for Texas spills across every page."--Carla Buckley, author of The Good Goodbye --This text refers to the library edition.

Julia Heaberlin is the author of the critically acclaimed Black-Eyed Susans, a USA Today and Times (U.K.) bestseller. Her psychological thrillers, including Playing Dead and Lie Still, have been sold in more than fifteen countries. Heaberlin is also an award-winning journalist who has worked at the Fort Worth Star-Telegram, The Detroit News, and The Dallas Morning News. She grew up in Texas and lives with her family near Dallas/Fort Worth, where she is at work on her next novel. --This text refers to the library edition.
Read more

4.3 out of 5 stars
4.3 out of 5
192 global ratings
How are ratings calculated?
To calculate the overall star rating and percentage breakdown by star, we don’t use a simple average. Instead, our system considers things like how recent a review is and if the reviewer bought the item on Amazon. It also analyses reviews to verify trustworthiness.

Miss Sr McAllister
5.0 out of 5 stars An excellent read
Reviewed in the United Kingdom on 9 October 2018
Verified Purchase
I love a good crime novel, thriller, whatever you want to call it. However, I'm fussy, I can't read the ones that are full of cliches, or cheesy, or corny, or just predictable. So Paper Ghosts by Julia Heaberlin was an absolute treasure - I loved it. It's original, beautifully written, with an interesting and unique voice. It's inspired me to read more by this author, who I'd previously not known.
Read more
4 people found this helpful
Report abuse

Sir Benedict Godfrey
5.0 out of 5 stars Unnerving and intriguing
Reviewed in the United Kingdom on 24 June 2019
Verified Purchase
I wouldn't say unputdownable (not even a word recognised on spell checker) as it's a slow burner. That said, it's intriguing. The protagonist is the sister of a murdered girl. The supposed killer has dementia and the protagonist takes him to various past haunts where he committed his murderous deeds. This is with the view of shaking out old memories from him so he confesses to killing the sister as he'd previously denied it. This makes it unnerving; does he really have dementia or is it a way to get released early from prison and into a care home for ex convicts. There's always a sense of danger because of this. A good strong female lead, who also has some flaws which makes it realistic. So why don't you join the protagonist and her serial killer car passenger and find out if she finds the truth or even survives the journey.
Read more
Report abuse

Amazon Customer
5.0 out of 5 stars Absolutely fantastic!
Reviewed in the United Kingdom on 9 June 2018
Verified Purchase
I loved this book! It's beautifully written, as well as being a complete page-turner - which can be an unusual combination. It reminded me of both Gillian Flynn and Donna Tartt, but I actually preferred it to both. It will stay with me for a long time I think; definitely the sign of a good book.
Read more
4 people found this helpful
Report abuse

Candygirl
5.0 out of 5 stars brilliant!
Reviewed in the United Kingdom on 28 February 2020
Verified Purchase
I loved this book. I can't believe there are any reviews below 5 stars. The book follows the weirdest road trip you can imagine but instead of hating Carl we warm to him as he's odd and funny and sad. The novel moves slowly and inextricably towards the climax which is unexpected and shocking. No spoilers. This is very different from an all action, pacy thriller with bodies everywhere, there are no graphic descriptions of violence or lingering details of gore, it's better than that and better written than most thrillers. I'd really recommend this to anyone who wants some thing a bit different, a bit smarter and a bit more thought provoking than your average crime novel.
Read more
Report abuse

ukstern
4.0 out of 5 stars Great Read
Reviewed in the United Kingdom on 11 December 2018
Verified Purchase
I very much enjoyed this book. I really warmed to the characters and the complex relationship between Carl and Grace is beautifully written, as is the profound loss Grace has experienced from her sister's disappearance. Having worked with dementia patients I also felt this was captured sensitively. The ending was just how I'd hoped it would be.
Read more
Report abuse
See all reviews
Back to top
Get to Know Us
Make Money with Us
Let Us Help You
And don't forget:
© 1996-2021, Amazon.com, Inc. or its affiliates