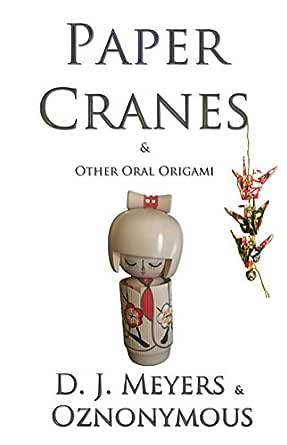 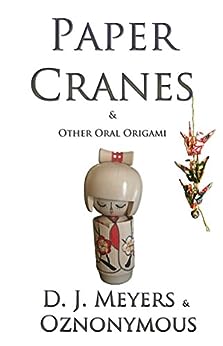 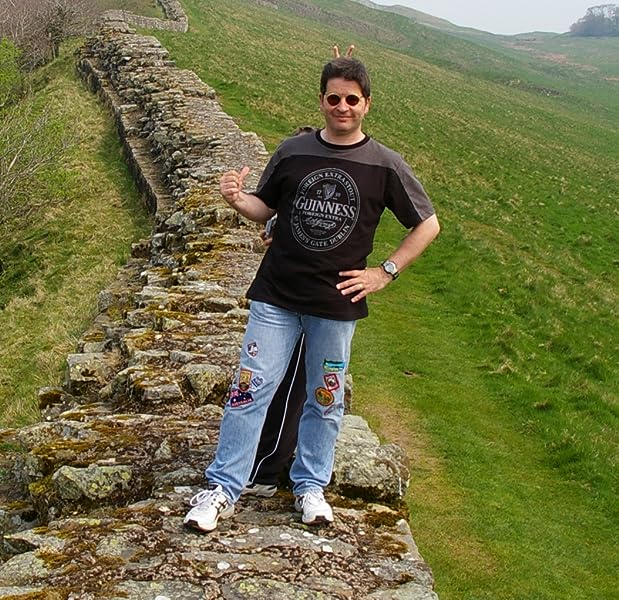 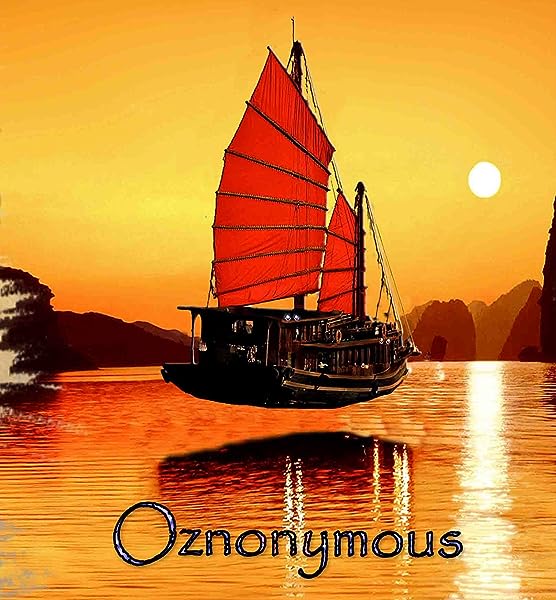 sebnem sanders
5.0 out of 5 stars Life and Death
Reviewed in the United Kingdom on 7 January 2018
Verified Purchase
Death is the only certainty in life, yet we ignore it while we live. Death comes through old age and sickness, war, murder, epidemics, or suicide. This collection of short stories contemplates the eternal theme of human mortality, highlighting topics ranging from the atom bomb and the lethal effects of radiation in Paper Cranes, the story in the title, to the adventures of an immortal gargoyle from the Middle Ages to WWII, a mass shooting at a New York school, postcards from those who lost their lives in the war, and the effects of climate change that threaten the quality of our life on the planet. The transience of things, the fragility of life, the sadness of losing our beloveds, and the perils of living in today's society. Death always wins, but humanity continues with the next generations. Food for thought presented in a compilation of snapshots of life,woven with humour, tears and laughter, from the past, to the present and the future.
Read more
One person found this helpful
Report abuse

Karen Eisenbrey
4.0 out of 5 stars Sampler of imaginative fiction in several genres
Reviewed in the United States on 21 July 2018
Verified Purchase
This appealing collection of short fiction includes stand-alone stories, a novella, and sample chapters from upcoming novels. My favorites are the title story, “Paper Cranes,” and “The Gargoyle Chronicles,” but everything is imaginative and well written.

“Paper Cranes” retells the familiar story of Sadako, a child who survived the Hiroshima bombing, only to die of radiation exposure in early adolescence while trying to fold a thousand paper cranes. It is told from the point of view of Death, who is drawn to Sadako before the bombing and knows the real meaning of the cranes.

“The Gargoyle Chronicles” comprises three sample chapters from a novel about a sentient gargoyle on Notre Dame, giving his perspective on different periods in the history of Paris as he witnesses plots, murders, accidents, and the Terror. I look forward to reading this book!

“The Creature from beyond the coffee cup” is a creepy story of an analyst and patient dredging up memory of a murder.

“Lost in Authonomy” is a novella about an aspiring author's experience on the Authonomy website with a fellow writer and the wrong conclusions drawn. Although I don't think I read Meyers during my Authonomy years, the experience described was often comically familiar, though more disturbing than anything I encountered.

“The Maia Calendar” offers several sample chapters from a futuristic novel about a savant who records history in her mind through time travel trances, until she goes to the future by mistake and discovers something disturbing about her present.

“The Politically incorrect fishbowl,” a short story of overheard office banter, was for me the least effective of the pieces in this collection. Although humorous, it was too self-consciously arch and preachy to work as fiction. It tries to address “political correctness” without dealing with power and privilege.

“Skeleton Coast/Postcards from the Dead” is another tantalizing novel sample, about a young woman trying to escape her father's obsession with old letters sent from Australia during the war, only to be shipwrecked in her own destiny.
Read more
One person found this helpful
Report abuse

Joanne J. Kendrick
5.0 out of 5 stars Buckle up!
Reviewed in the United States on 29 December 2017
Verified Purchase
Get ready for a wild ride that will, one moment create side-splitting laughter and the next, woeful tears. From the naïve, yet emotionally intelligent piece of stone breathing life, to the tragic, yet beautiful tale of a Japanese girl, Paper Cranes will entice, entertain and surprise with unforgettable characters and "OMG" twists. Expect the unexpected and enjoy the ride.
Read more
One person found this helpful
Report abuse
See all reviews
Get FREE delivery with Amazon Prime
Prime members enjoy FREE Delivery and exclusive access to movies, TV shows, music, Kindle e-books, Twitch Prime, and more.
> Get Started
Back to top
Get to Know Us
Make Money with Us
Let Us Help You
And don't forget:
© 1996-2020, Amazon.com, Inc. or its affiliates