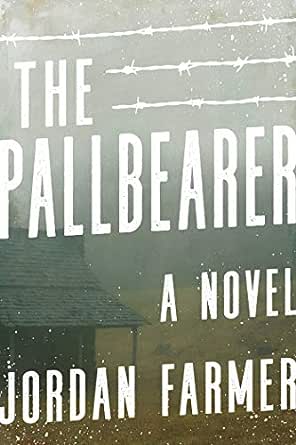 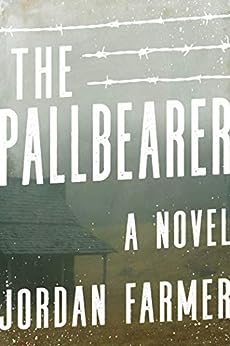 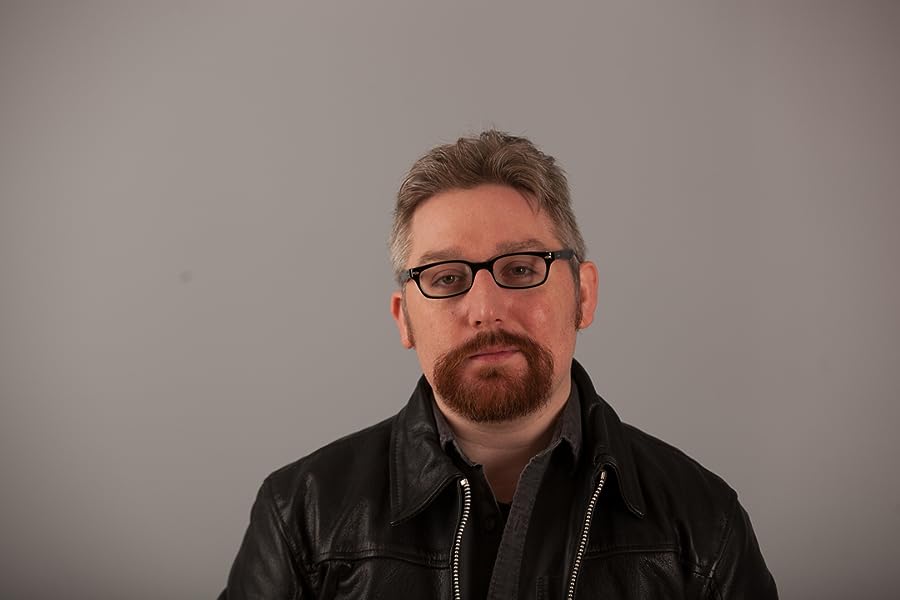 The Pallbearer: A Novel Kindle Edition

“A feat of sustained tension and deep humanity. With trenchant insight into the way young men are primed to make disastrous choices, Farmer's moving debut gripped me from the first page and did not let go or disappoint. Get acquainted with Farmer's work now—you're going to be hearing about him for a long time.”—Smith Henderson, author of Fourth of July Creek

“What makes The Pallbearer so powerful, ultimately, is Farmer's language that welds lyricism to a ferocious vision upending our notions about the unseen, the rural poor, and ultimately, those who hunger for any small thing to save their lives. He reminds us to be human in the better sense of the word-to care more, not less.” —Jonis Agee, author of The Bones of Paradise

“Captivating. Intensely atmospheric. Stark, haunting, poetic. Aficionados of Jim Thompson will appreciate Farmer's gritty portrait of dangerous, heartbroken misfits, and they'll find in The Pallbearer all the raw, crooked suspense of the best film noir. Above all is the depth of Farmer's perspective on these devastated characters and all the intrigue they kick up from the dust and dirt.”—Timothy Schaffert, author of The Swan Gondola

“Written in bar-blood, prescription pill puke and a deftly insightful pathos, Farmer's The Pallbearer is a sensitive and harrowing soul shriek from the neglected youth of Trumpland.”—Bradford Tatum, author of Only the Dead Know Burbank --This text refers to the hardcover edition.

Originally from West Virginia, Jordan Farmer received a Ph.D. in English from the University of Nebraska-Lincoln. His stories have appeared in the Southwest Review, Southern Humanities Review, The Baltimore Review, Pembroke Magazine, Day One Magazine and many other publications. The Pallbearer is his first novel. --This text refers to the hardcover edition.

Lagoon
3.0 out of 5 stars Romance and men dying young.
Reviewed in the United Kingdom on 29 January 2019
Verified Purchase
More romance filled than violence filled. Not a bad story but I cannot see the comparison to Frank Bill; this is not noir. Littered with typing errors, I wonder if a proof reader ever cast an eye over the Kindle version.
Read more
Report abuse

Darrell H.
3.0 out of 5 stars Beware: Poor Editing
Reviewed in the United States on 24 January 2019
Verified Purchase
This is a dismal story about dismal people, told in a somber tone. As a fellow West Virginia writer, I admire the depth of characterization present in this sordid tale. They ring true to the kinds of people you find in a certain stratum of the West By God Virginia population. Desperate and hopeless, the characters struggle through their stories to their inevitable tragic ends. It's a rough ride for the most part, with no redemption in sight. I enjoyed seeing familiar landscapes and analyzing how the writer's craft delivers the terrain.

That being said, there are a dozen or more glaring errors in the text. It almost comes across as a sophomoric effort on the part of the writer. Given he is from West Virginia, some people might just take it in stride. But the author has a doctorate, for crying out loud. I feel this is more the responsibility of the editors and proofreaders at Skyhorse publishing. To call it a hack job would too unkind, but to call it careless and slipshod would not. No debut novel should have to suffer the ignominy of bad editing. I hope the writer has raised hell with the same grit and stoniness of his characters.

Swhite308
5.0 out of 5 stars Grabs you right from the start
Reviewed in the United States on 30 November 2018
Verified Purchase
Absolutely loved it, keeps you turning the page. It has a gritty, dark feel that makes you think about even after you finish it. Excited waiting for the next book from this guy.
Read more
2 people found this helpful
Report abuse

Aaron White
5.0 out of 5 stars Intense and heartbreaking
Reviewed in the United States on 15 June 2020
Verified Purchase
Jordan paints a very clear picture of 2 men, both toeing the line between survival and morality, not to mention the desolate town they live in.

So many scenes in this book had me literally jump, jaw dropping, heart stopping moments that I stayed up hours replaying over in my head.

Even the heartbreaking moments tore me apart, I felt pity for characters I didn’t even favor originally.

paulamcampbell
5.0 out of 5 stars I read a lot. Love to find authors from West Virginia
Reviewed in the United States on 9 January 2019
Verified Purchase
Excellent description of my home state, West Virginia. Although it is based in an imaginary town there’s enough real places thrown in to satisfy my minds eye. I can visualize where he is describing. Good read.
Read more
One person found this helpful
Report abuse
See all reviews
Get FREE delivery with Amazon Prime
Prime members enjoy FREE Delivery and exclusive access to movies, TV shows, music, Kindle e-books, Twitch Prime, and more.
> Get Started
Back to top
Get to Know Us
Make Money with Us
Let Us Help You
And don't forget:
© 1996-2020, Amazon.com, Inc. or its affiliates