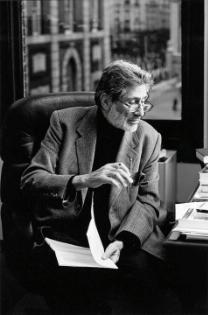 by Joe Sacco (Author)
4.6 out of 5 stars 323 ratings
See all formats and editions
Sorry, there was a problem loading this page. Try again.
The landmark work of comics journalism -by the author of SAFE AREA- GORAZDE

In late 1991 and early 1992, at the time of the first Intifada, Joe Sacco spent two months with the Palestinians in the West Bank and Gaza Strip, travelling and taking notes. Upon returning to the United States he started writing and drawing Palestine, which combines the techniques of eyewitness reportage with the medium of comic-book storytelling to explore this complex, emotionally weighty situation. He captures the heart of the Palestinian experience in image after unforgettable image, with great insight and remarkable humour.The nine-issue comics series won a 1996 American Book Award. It is now published for the first time in one volume, befitting its status as one of the great classics of graphic non-fiction.
Read more
Previous page
Next page

A political and aesthetic work of extraordinary originality, quite unlike any other in the long, often turgid and hopelessly twisted debates that have occupied Palestinians, Israelis, and their respective supporters... With the exception of one or two novelists and poets, no one has ever rendered this terrible state of affairs better than Joe Sacco -- Edward Said

The bar is set extremely high when it comes to graphic books and the Middle East: one thinks of Joe Sacco's Palestine ― Observer

Palestine is a unique take on the Isreali/Palestinian conflict… The illustrator/reporter provides a unique perspective: there is an intimacy to Sacco’s interviews that cannot be translated into photography and text. His drawings make his subjects relatable to in a way that I think is difficult to achieve with a photograph. ― Bleeding Cool

Palestine is utterly compelling, and as affecting as the work of any war photographer or poet. -- Annie Forbes ― Varsity

Joe Sacco was born in Malta and lives in Queens, New York. He graduated from the University of Oregon with a degree in journalism. As well as the award-winning Palestine, he is the author of Safe Area- Gorazde, about his time in Bosnia, which won the Will Eisner Award for Best Original Graphic Novel in 2001. In 2001 he received a Guggenheim Fellowship to work on his next project.
Read more
Start reading Palestine on your Kindle in under a minute.

Joe Sacco, one of the world's greatest cartoonists, is widely hailed as the creator of war reportage comics. He is the author of, among other books, Palestine, which received the American Book Award, and Safe Area: Goraï¿½de, which won the Eisner Award and was named a New York Times notable book and Time magazine's best comic book of 2000. Hisbooks have been translated into fourteen languages and his comics reporting has appeared in Details, The New York Times Magazine, Time, Harper's and the Guardian. He lives in Portland, Oregon.

4.6 out of 5 stars
4.6 out of 5
323 global ratings
How are ratings calculated?
To calculate the overall star rating and percentage breakdown by star, we don’t use a simple average. Instead, our system considers things like how recent a review is and if the reviewer bought the item on Amazon. It also analyses reviews to verify trustworthiness.

Kindle Customer
5.0 out of 5 stars Brilliant , Informative, Accomplished piece of Graphic Journalism of Palestine
Reviewed in the United Kingdom on 4 October 2021
Verified Purchase
This book is magnificient and Joe Sacco is a pioneer of graphic journalism. It was a grand affair of reading this graphic novel in 4 hours ( 2 2-hour sessions). It portrayed the story of the Palestinians wonderfully and was very serious in its tone as this subject matter consists of. The artwork was of a high quality. It would have been great if it was in colour.A great work depicting the brothers and sisters of Palestine.
Read more
One person found this helpful
Report abuse

alan paterson
5.0 out of 5 stars The best graphic novel I’ve ever read. Or thereabouts.
Reviewed in the United Kingdom on 11 June 2020
Verified Purchase
This might be my favourite graphic novel ever. The way it is written and illustrated take me right there. There will be a more articulate way to put this but being written and drawn by the same guy seemed to make it work so much better than a couple of people collaborating. Maybe this is a common thing but it has been a bit more of a lesson to me about the way comics work.
I’ve just bought The Fixer by Joe Sacco.
Read more
One person found this helpful
Report abuse

Aneesa
5.0 out of 5 stars Provides knowledge of the Israel/Palestine conflict in an entertaining manner, reality of the situation presented.
Reviewed in the United Kingdom on 16 February 2014
Verified Purchase
If you want to know the basics of the Palestine/Israel conflict, this graphic novel is great. It tells the history of the invasion and the 2 intifadas that followed thereafter. It's worth a read. Sacco enters Palestine as a Westerner, a journalist, to get to grips with the situation in Palestine towards the end of the first intifada- it's his account of it. His view of the Palestine/Israel conflict is not that of the mainstream western media, it's the reality of the situation. Although the text can still be considered somewhat orientalist, it really allows you to get a hold of Palestinian history. I followed up reading this with some critical theory on Palestine, a text written by Said and Hitchens as well as other critics. It's called 'Blaming the Victims' and it's a great follow-up read. I would recommend this text to those who don't have much knowledge of this conflict.
Read more
12 people found this helpful
Report abuse

Begin Anew.
5.0 out of 5 stars Excellent!
Reviewed in the United Kingdom on 25 October 2018
Verified Purchase
There is nothing about this book that is not spot-on. Joe Sacco is a graphic novelist of the highest ability and quality. Will be buying more of his books.
Read more
3 people found this helpful
Report abuse

Rita Laencantaora
4.0 out of 5 stars A great overview about Palestine problem
Reviewed in the United Kingdom on 13 December 2016
Verified Purchase
I always liked graphic novels and comics. This comic from joe Sacco is great to get to know what really happen in Palestine. I really recommend to read his comics, and especially this one "Palestine". I also recommend to join the prime account to get the staff in one day.
Read more
2 people found this helpful
Report abuse
See all reviews
Back to top
Get to Know Us
Make Money with Us
Let Us Help You
And don't forget:
© 1996-2022, Amazon.com, Inc. or its affiliates