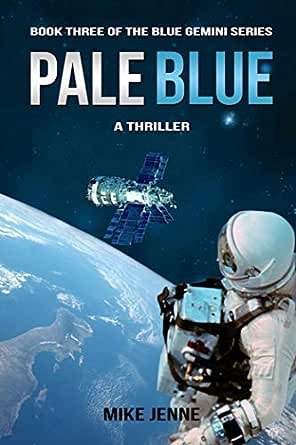 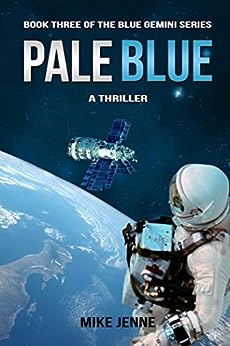 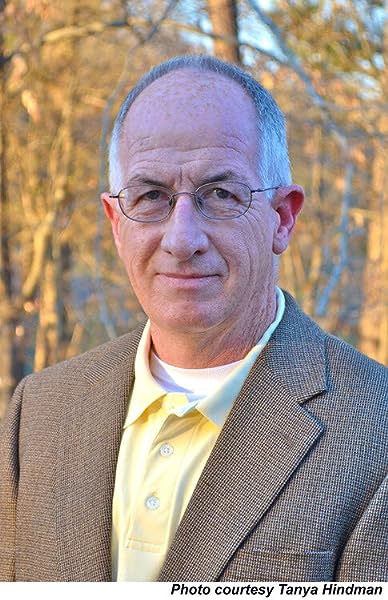 Mike Jenne is a licensed pilot, lifelong aerospace aficionado, and amateur space historian. As a child, he felt the ground shudder—often—as the Saturn V moon rockets were tested at nearby Marshall Space Flight Center. Trained as an Army Ranger and Military Freefall (HALO) Parachutist, he is a former Special Forces officer who has served across the globe. Mike and his wife, Adele, make their home in Trussville, Alabama. --This text refers to an alternate kindle_edition edition.

4.8 out of 5 stars
4.8 out of 5
44 global ratings
How are ratings calculated?
To calculate the overall star rating and percentage breakdown by star, we don’t use a simple average. Instead, our system considers things like how recent a review is and if the reviewer bought the item on Amazon. It also analyses reviews to verify trustworthiness.

:)
5.0 out of 5 stars A fantastic read
Reviewed in Canada on 5 August 2020
Verified Purchase
I read all three books! What’s not to like? It grabbed me right from mY own childhood memories of the space program. It’s got the Cold War, romance, hard science, personal growth, love, triumph, sadness and challenge. Blue Gemini really has it all. Now I’ll just have to get the t-shirt!!!
Read more
Report abuse

David Jacob Heino
5.0 out of 5 stars Great Science Fiction Novel!
Reviewed in the United States on 27 August 2016
Verified Purchase
Master author Mike Jenne’s “Pale Blue” is the third novel in the fabulous “Blue Gemini” series of exciting historical fiction chronicalling the exploits of Air Force astronauts as they seek out potentially threatening Soviet satellites in orbit in the late sixties and early seventies. The author clearly conducted extensive technical and historical research and sought the insight of astronauts, aerospace engineers, launch personnel, and space flight directors to craft a highly believable and realistic novel. Adding to the drama and the realism, space flight support activities and personnel are cleaverly woven into the storyline. These supporting roles include search and rescue personnel, remote communications personnel, space flight command center staff, senior military officers, and a noteworthy politician. These elements of intrigue are woven together in a fashion reminiscent of that used by James Michener in the best selling novel “The Bridges at Toko Ri”. While there is certainly a lot of technology embedded in the story it is a human story at its core. The hopes and dreams of the astronauts are explored along with the stress and strain the intrigue adds to the astronaut’s personnel lives and the impact it has on their families and loved ones. Further adding to the plot, the author weaves in exciting intrigue and mystery in accurately portraying the Soviet cosmonauts, the communist bureaucracy, military leaders, and aerospace engineers engaged in the Soviet’s clandestine space program. Like an exciting James Bond novel, the “Blue Gemini” series logically takes the reader to numerous exotic locations around the world as the storyline unfolds. The author’s personnel knowledge from traveling to and working in these exotic locales only adds to the realism. The author also accurately conveys the texture of the early seventies as the backdrop. I highly recommend “Pale Blue” to anyone interested in reading thrilling, realistic science fiction. “Pale Blue” offers an exciting alternative to many of today’s unrealistic, fantasy based and super hero based science fiction novels. In reading “Pale Blue”, you will be impressed by the authenticity of the story and the characters. I am definitely looking forward to Mike Jenne’s next novel, whatever that might be...
Read more
2 people found this helpful
Report abuse

John Walker
5.0 out of 5 stars Magnificent conclusion to the Blue Gemini saga
Reviewed in the United States on 15 September 2019
Verified Purchase
This is the final novel in the trilogy which began with  Blue Gemini  and continued in  Blue Darker than Black . After the harrowing rescue mission which concluded the second book, Drew Carson and Scott Ourecky, astronauts of the U.S. Air Force's covert Blue Gemini project, a manned satellite interceptor based upon NASA's Project Gemini spacecraft, hope for a long stand-down before what is slated to be the final mission in the project, whose future is uncertain due to funding issues, inter-service rivalry, the damage to its Pacific island launch site due to a recent tropical storm, and the upcoming 1972 presidential election.

Meanwhile, in the Soviet Union, progress continues on the Krepost project: a manned space station equipped for surveillance and armed with a nuclear warhead which can be de-orbited and dropped on any target along the station's ground track. General Rustam Abdirov, a survivor of the Nedelin disaster in 1960, is pushing the project to completion through his deputy, Gregor Yohzin, and believes it may hold the key to breaking what Abdirov sees as the stalemate of the Cold War. Yohzin is increasingly worried about Abdirov's stability and the risks posed by the project, and has been covertly passing information to U.S. intelligence.

As information from Yohzin's espionage reaches Blue Gemini headquarters, Carson and Ourecky are summoned back and plans drawn up to intercept the orbital station before a crew can be launched to it, after which destroying it would not only be hazardous, but could provoke a superpower confrontation. On the Soviet side, nothing is proceeding as planned, and the interception mission must twist and turn based upon limited and shifting information.

About half way through the book, and after some big surprises, the Krepost crisis is resolved. The reader might be inclined, then, to wonder “what next?” What follows is a war story, set in the final days of the Vietnam conflict, and for quite a while it seems incongruous and unrelated to all that has gone before. I have remarked in reviews of the earlier books of the trilogy that the author is keeping a large number of characters and sub-plots in the air, and wondered whether and how he was going to bring it all together. Well, in the last five chapters he does it, magnificently, and ties everything up with a bow on the top, ending what has been a rewarding thriller in a moving, human conclusion.

There are a few goofs. Launch windows to inclined Earth orbits occur every day; in case of a launch delay, there is no need for a long wait before the next launch attempt (chapter 4). Attempting to solve a difficult problem, “the variables refused to remain constant”—that's why they're called variables (chapter 10)! Beaujolais is red, not white, wine (chapter 16). A character claims to have seen a hundred stars in the Pleiades from space with the unaided eye. This is impossible: while the cluster contains around 1000 stars, only 14 are bright enough to be seen with the best human vision under the darkest skies. Observing from space is slightly better than from the Earth's surface, but in this case the observer would have been looking through a spacecraft window, which would attenuate light more than the Earth's atmosphere (chapter 25). MIT's Draper Laboratory did not design the Gemini on-board computer; it was developed by the IBM Federal Systems Division (chapter 26).

The trilogy is a big, sprawling techno-thriller with interesting and complicated characters and includes space flight, derring-do in remote and dangerous places, military and political intrigue in both the U.S. and Soviet Union, espionage, and a look at how the stresses of military life and participation in black programs make the lives of those involved in them difficult. Although the space program which is the centrepiece of the story is fictional, the attention to detail is exacting: had it existed, this is probably how it would have been done.

This trilogy is one long story which spans three books. The second and third novels begin with brief summaries of prior events, but these are intended mostly for readers who have forgotten where the previous volume left off. If you don't read the three books in order, you'll miss a great deal of the character and plot development which makes the entire story so rewarding. More than 1600 pages may seem a large investment in a fictional account of a Cold War space program that never happened, but the technical authenticity; realistic portrayal of military aerospace projects and the interaction of pilots, managers, engineers, and politicians; and complicated and memorable characters made it more than worthwhile to this reader.
Read more
Report abuse

Patroo
5.0 out of 5 stars A stunning completion to the secret space program series
Reviewed in the United States on 27 March 2020
Verified Purchase
These three books are a must-read, and very suitable for quarantine consumption. A secret space program run by the Air Force has no publicity, no magazine photos, no ticker tape parades, just endless training in a simulator until the participants literally have sores on their backs from poorly designed seats. The goals are to get up close and personal with Russian satellites, first to observe them, later to destroy them.

Crawford and Ourecky have become the only truly successful flight team that completes missions, though sometimes they stretch the envelope. The Russian space program has continued to develop, though they wonder at the number of their satellites that just go out of orbit and burn up in the atmosphere. Moscow now has an orbital platform that will hold a nuclear bomb at the ready, capable of hitting any U.S. city in its orbital path. It has to be neutralized, but in the process, they find a solo cosmonaut, struggling with poorly designed systems, trying to keep the platform operational while waiting for another cosmonaut to come out with a supply freighter. He totally expects to die in the performance of his duties, and doesn't like the bomb being there. The training he's undergone, however, makes him intent on following orders like a good Russian, and he sets up the bomb for a New York City strike. What will his reaction be when he looks out the port and sees a strange American ship hovering next to his space station?
Read more
Report abuse

Kindle Customer
5.0 out of 5 stars So long and yet worth every page
Reviewed in the United States on 5 July 2020
Verified Purchase
This review is of the entire trilogy. Each book went on and on filling out every character's back stand explaining their motivations. The sheer amount of technical information might be overwhelming for some. The last book could have ended two thirds of the way through and I would have been satisfied. However, just like the pages and pages of character development, everything was written so well as to never seem monotonous or repetitive. I don't think that I have ever read such a lengthy series with so many important characters where every side story and every character's life was nearly tied up and.explained quite so thoroughly. Something that I wish more authors were good at.
Read more
Report abuse
See all reviews
Get FREE delivery with Amazon Prime
Prime members enjoy FREE Delivery and exclusive access to movies, TV shows, music, Kindle e-books, Twitch Prime, and more.
> Get Started
Back to top
Get to Know Us
Make Money with Us
Let Us Help You
And don't forget:
© 1996-2020, Amazon.com, Inc. or its affiliates