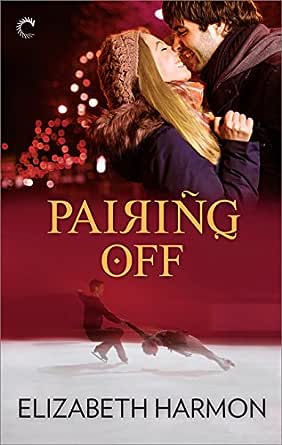 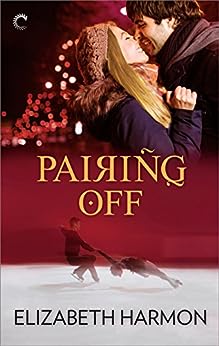 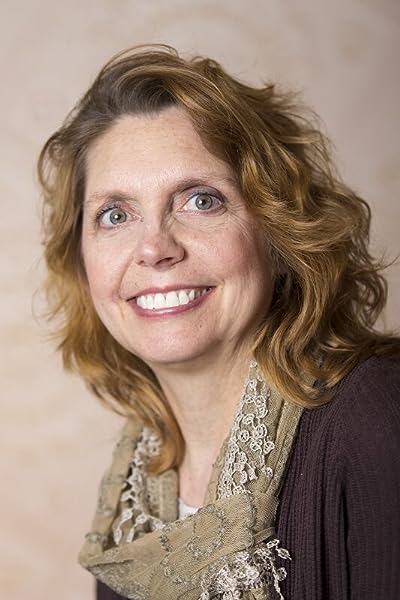 Mel
5.0 out of 5 stars A warm, touching read
Reviewed in Canada on 6 October 2018
Verified Purchase
A truly warm and touching story. And delightfully, without sexist elements I find common in stereotypical romance novels. The relationships are believable and the plot suspenseful enough to keep you hooked to find out what happens next. I was very satisfied when I finished it.
Read more
Report abuse

Jillian MacLean
4.0 out of 5 stars Cute zstory
Reviewed in Canada on 17 April 2017
Verified Purchase
If you love a sweet sports-themed romance, this might be a great book for you. It is a cute, enjoyable read, perfect for a low key weekend.
Read more
Report abuse

Jennifer
3.0 out of 5 stars 3.75 STARS
Reviewed in the United States on 15 June 2016
Verified Purchase
I picked up Pairing Off during an Amazon sale and was attracted to it because of the figure skating plot. I am addicted to the early 1990s movie, The Cutting Edge, so I had to read about a skating pair that ended up falling in love. I am also really into figure skating as a sport though I am horribly uncoordinated on the ice.

The heroine of this book is Carrie Parker who was part of a pairs team full of high expectations. Unfortunately, her dream was destroyed when her partner (and boyfriend) was caught sleeping with a judge and she was forbidden from competing for the United States ever again. Figure skating is the only thing that ever made Carrie happy so she still continued to hold out hope for glory within the sport. To achieve her dreams, she needs a new partner and ends up being asked to work with Anton Belikov, a Russian superstar. Anton and Carrie decide to give this new partnership a try which is complicated by the fact that they were once anonymous lovers and there are new feelings starting to develop.

I liked the fact that, in this book, the heroine is the tortured one with the past while the hero had a more stable upbringing. Carrie is difficult to like at first, but I believe that was by design so readers could understand how much her ex-partner's betrayal affected her. I came to admire her mental strength to keep going for her dream despite all the odds being stacked against her. Anton was very likable and a great partner for Carrie. He is super sweet and protective without being overbearing. He seemed to understand her issues early on and respected her hesitations.

I will admit that I was not sure about the romance at the beginning due to Carrie's emotional baggage and the fact that Anton had a girlfriend. Thankfully, there is not cheating in this book and the love story actually doesn't start until the girlfriend is out of the picture which I appreciated. I felt like Carrie and Anton worked well as a couple. They are put in some difficult situations, but learn to trust and rely on one another.

The first part of Pairing Off focuses on Anton and Carrie getting to know one another as friends and partners. There is a lot of detail about the rigors of figure skating training which was interesting. It felt accurate to me, but I am just an observer of the sport so experts may have to weigh in on the finer points. I liked the way that the story focused on their relationship moving from partners to friends before the romance kicked in. The second half concentrated on their love story and their attempts to get to the Winter Games. I, of course, liked the romance aspect and the journey they went on to compete. I did not care for the over-the-top villain at the end. They were in the perimeter for much of the book, but I didn't feel like the story needed their involvement.

Overall, I did enjoy Elizabeth Harmon's writing and I can tell why it was nominated for a RITA. I am excited to try out the other books in the series. Long-time readers of my blog will know that I am very picky when it comes to contemporaries, but I have really gotten into some of the smaller press romances lately which makes me very happy. And Pairing Off is a good example of one that I enjoyed reading.

AvidReader
4.0 out of 5 stars Familiar tale freshly done with elite pairs figure skaters — he’s Russian, she’s American — with a bit of travelogue thrown in
Reviewed in the United States on 22 February 2018
Verified Purchase
This is my first book by the author, and it won’t be the last. This is a sports-themed romance, featuring a H/h who are competitive figure skaters with Olympic dreams. I’ve read the basic plot in other romances, and you probably have too. But don’t be put off — this is well done version that feels fresh due to its international setting. She is American, and he is Russian. Both have fish-out-of-water moments as the couple experience each other’s country — one of my favorite things about the book. The couple are both likable people you root for, both on the ice and off. Both have a bit of emotional baggage to add some drama to the tale. Another favorite aspect of the book is her getting used to living in Russia where they are training. Her experiences visiting tourist spots, trying to learn the language and culture, etc. was really interesting and not something I’ve run across in a romance before. Very enjoyable and interesting! My only complaint (a very mild one tho) was the couple’s road to love was very much one step forward and two back throughout. Still I chose this book because the Olympics are underway, and it made the story (and watching the Olympics) more fun.
Read more
Report abuse

Amber DeBardelaben
4.0 out of 5 stars Cold-War-ish Romanctic Goodness-just what I needed on a snowy Alaska day.
Reviewed in the United States on 25 January 2020
Verified Purchase
I read this because it was written by a friend of a friend of a friend, basically. And although I'm an academic who openly and shamelessly loves romance novels, I was skeptical because I've seen what's out there on Kindle. Well, what a pleasant surprise this book was! My favorite part was the CIA/KGB skate to the Bold theme; that was fantastically over the top and in your face for the haters on both the American and Russian sides. The characters were well developed, I genuinely liked them, and I lOVED that the villians (at least Olga), while making some amends, stay true to who they are and aren't suddenly BFFs with the protagonists. That crap drives me crazy haha. 4 stars for sure, and I'm about to go buy the second on the series. (I'm also a historian and politics-nerd, so the who backdrop of the Russian/American relations was great, even if the historical timeline was a little confusing...seriously what year is this supposed to be? Americans still seriously call people "Reds" and the Olympics are in Lake Placid, which suggests 80s, but the Wall has obviously fallen because they refer "old" Soviet times and St. Petersburg is back to it's OG name, instead of Leningrad.) These are, of course, the nitpicky historian things only nerds like me would notice, and I'm not sure how big the overlap between romance readers and bona fide, degree holding historians is, so again, not a big enough problem to effect my enjoyment of the book. Onward to book 2!
Read more
One person found this helpful
Report abuse
See all reviews
Get FREE delivery with Amazon Prime
Prime members enjoy FREE Delivery and exclusive access to movies, TV shows, music, Kindle e-books, Twitch Prime, and more.
> Get Started
Back to top
Get to Know Us
Make Money with Us
Let Us Help You
And don't forget:
© 1996-2020, Amazon.com, Inc. or its affiliates