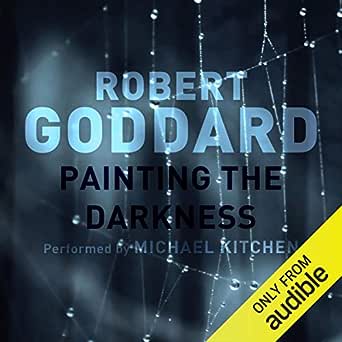 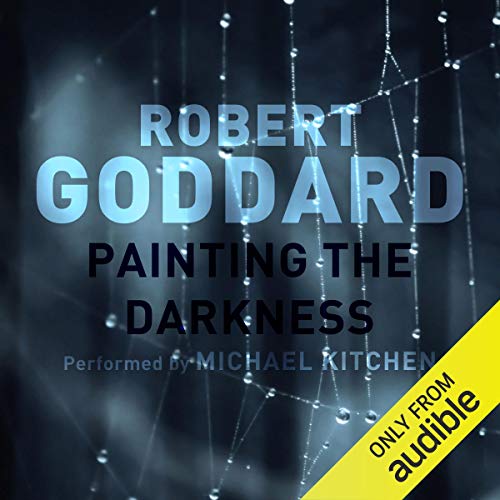 4.4 out of 5 stars
4.4 out of 5
139 global ratings
How are ratings calculated?
To calculate the overall star rating and percentage breakdown by star, we don’t use a simple average. Instead, our system considers things like how recent a review is and if the reviewer bought the item on Amazon. It also analyses reviews to verify trustworthiness.

Lady Dido
3.0 out of 5 stars Reassurance needed
Reviewed in the United Kingdom on 25 August 2018
Verified Purchase
To be honest….. I haven’t yet finished this book. I am about a quarter of the way through; but before I continue I simply have to ask other readers if the plot is as ridiculous as it seems?

When a man, who has not been disfigured or operated on by a cosmetic surgeon, progresses from his 20s to his 30s he would be immediately and unmistakably recognised by all who knew him well.

Do I continue in the knowledge that all will become clear and there is good reason for everyone’s confusion? Or should I give up now because the fundamental premise is flawed?

A. Linton
5.0 out of 5 stars Enthralling story which kept me gripped the whole way through
Reviewed in the United Kingdom on 11 May 2018
Verified Purchase
A truly excellent story told by a master storyteller. About half way through I thought I had guessed what was going on, and with a lesser writer I would probably be right - but the twists keep on coming and the ending is truly shocking. Is Norton really the missing son of the Davenell family thought to have committed suicide 11 years previously? The reader is likely to root for him - for apart from William Trenchard the devastated husband of Norton's ex-fiancée - the characters who oppose him are not sympathetic - one feels his cold-hearted mother and dissolute brother would not welcome his return even if they believed he was genuine. The ending is excellent, bringing together all the different plot elements and containing quite a few unanticipated twists and turns. Highly recommended.
Read more
One person found this helpful
Report abuse

E. JONES
5.0 out of 5 stars Fantastic book
Reviewed in the United Kingdom on 5 September 2017
Verified Purchase
This author is so damn reliable. Simply fantastic. Gripping throughout and the way the story unfolds is genius. Such mastery over the pace, pretty incredible given how long the book is. I also had the Audible version which I listened to whilst running. Michael Kitchen is sublime here - every accent and nuance is captured with professional vigour. Love it!
Read more
4 people found this helpful
Report abuse

Ruju
4.0 out of 5 stars Good, but not Goddard's best
Reviewed in the United Kingdom on 11 April 2014
Verified Purchase
Another historical mystery epic from a master of the genre. After reading 4 of his books, I'm pretty sure that Goddard is more comfortable writing of bygone times; like many authors who existed in the periods his tales spend a lot of time in (or all the time in this case), Goddard is light on characterisation but lavish on story and setting. That's not a criticism, although it won't be to everyone's liking.

Goddard likes to flit between characters and time periods as his tales unfold, initially to confuse the reader, then to confuse the reader some more and finally to slowly explain what it all meant... well, in a fashion. In Painting the Darkness, he really lets loose; characters and time jumps come thick and fast and the reader has to concentrate to keep up. Eventually I got to know who was who (and when was when) and settled down to enjoy the story.

The plot twists and turns and keeps the reader guessing as one theory after another is dashed. The tale concerns James Norton, who turns up in 1882 claiming to be an heir who supposedly killed himself 11 years earlier. As always with Goddard, the reader is given the impression that things aren't quite what they seem. Almost the entire cast goes through some sort of turmoil or other, often with disastrous consequences. As the book drew to a close, it seemed to me that Goddard had to a few options that might suit an ending, but (not for the first time!) discarded them all and settled on one that few readers would have guessed. I found it to be a somewhat disappointing conclusion to this sprawling epic.

So, excellent story telling, but not Goddard's best. A solid 3.5 stars if it were possible, I can't bring myself to give it 4 stars, so 3 it is.

D J Magauran
1.0 out of 5 stars Too much descriptive detail
Reviewed in the United Kingdom on 21 February 2019
Verified Purchase
I had to give up reading this book at page 65 as the story was very slow to develop. There is too much descriptive detail in the book. The author obviously wished to display his great knowledge of the era and locations. Robert Goddard has written some brilliant books but, for me, this is not one of them.
Read more
2 people found this helpful
Report abuse
See all reviews
Get FREE delivery with Amazon Prime
Prime members enjoy FREE Delivery and exclusive access to movies, TV shows, music, Kindle e-books, Twitch Prime, and more.
> Get Started
Back to top
Get to Know Us
Make Money with Us
Let Us Help You
And don't forget:
© 1996-2020, Amazon.com, Inc. or its affiliates