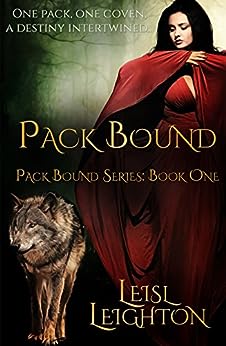 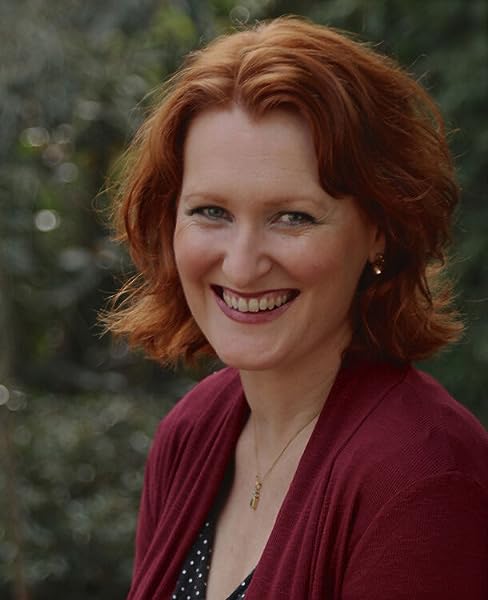 Leisl is a tall red head with an overly large imagination. As a child, she identified strongly with Anne of Green Gables. Given that she is a voracious reader and born performer, it came as no surprise to anyone when she did a double major in English Literature and Drama for her BA, then went on to a career as an actor, singer and dancer, as well as scriptwriter, stage manager and musical director for cabaret and theatre restaurants (one of which she co-owned and ran for six years). After starting a family Leisl stopped performing and instead began writing the stories that had been plaguing her dreams. Leisl's stories have won and placed in many competitions in Australia and the US, including the STALI, Golden Opportunities, Heart of the West, Linda Howard Award of Excellence, Touch of Magic and many others. Leisl lives in the leafy suburbs of Melbourne with her two beautiful boys, lovely hubby, overly spunky dogs, Buffy and Skye, and likes to spend time with family and friends. She is addicted to the Syfy channel, and her shelves are full of fantasy and paranormal books and scifi DVDs. She sometimes sings in a choir, has worked as a swim teacher, loves to ski, can talk the hind leg off a donkey and has been president of Romance Writers of Australia from 2014 to 2017. --This text refers to an out of print or unavailable edition of this title.

Alpha wolf, Jason McVale has been searching for his pack witch, who was stolen from the pack as a young child. He’s certain Skye is that witch, but he had no idea she’d mean so much more. What happened to her the night she was stolen? What did her captors do to ensure not only won’t she use her magic, she doesn’t seem to recognise him either? If anything, she seems to fear him, especially when he shows her his wolf form. And why is she denying him the possibilities of a relationship and the magic he needs to help the pack because where they’re concerned, he’ll do anything it takes to ensure they’re safe.

But now there’s so much more at stake, for there are those who would do anything to possess Skye’s magic and turn it against not only his kind, but hers as well. Skye and Jason need to trust each other and their magical bond if they’re going to get through the horrors to come.

Magic, witches, werewolves, oh my! I’m in paranormal heaven. The magic of Ms Leighton’s writing is seamlessly woven through this story. Believable characters, high stakes, suspenseful moments, great action, and the kind of sensual scenes that will have you waving both hands on front of your face in some vain attempt to help you cool down. :)

I also loved how well the secondary characters worked in this story, and it’s these characters whose adventures we follow in the series, each playing their part to restore the balance of magic ‘The Darkness’ threatens to destroy.
Read more
Helpful
Report abuse

Elizabeth Jane Corbett
5.0 out of 5 stars A thoroughly believable hidden world.
Reviewed in Australia on 19 March 2018
Verified Purchase
A great read full of interesting and well rounded characters. I’m not normally a paranormal reader. Or indeed a romance reader. But this was a compelling read in a thoroughly believable hidden world with interesting and attractive male protagonists. I look forward to more from this author.
Read more
Helpful
Report abuse

Leisl Leighton
5.0 out of 5 stars Amazing new series
Reviewed in Australia on 17 March 2018
Verified Purchase
Great plot and characters with lots of twists and turns and a hot romance to get behind - can’t wait for the next in the series.
Read more
Helpful
Report abuse

Marnie
5.0 out of 5 stars Loved this book!
Reviewed in Australia on 15 March 2018
Verified Purchase
Loved this book! Awesome world the author has created and I love her writing style.
Looking forward to the story continuing in Book II.
Read more
Helpful
Report abuse

Evampire
TOP 500 REVIEWER
4.0 out of 5 stars Pack Bound
Reviewed in Australia on 13 March 2018
Wow! I have found a new author to read! Leisl Leighton brings readers a new paranormal romance series – Pack Bound - about a symbiotic relationship between wolves and witches and a group that would do anything to destroy their bond.

In the first book – Pack Bound – we find the Alpha of Pack McVale searching for their pack witch but what he ends up finding is so much more. Jason and Skye are strong, captivating characters with some electrifying chemistry that readers can feel sparking from every page. Their romance however is full of turmoil and obstacles that the couple must overcome in order to have their ever after which inspires readers to empathize with the couple while adding depth to the story.

Suspense and anticipation builds throughout the fast paced plot that is full of thrills, secrets and danger which keeps readers on the edge of their seats while unforeseen twist and turns throughout keeping them guessing. The magic in the story adds excitement and just who the bad guys are is anyone’s guess until the disclosure and the antagonist is one that sent shivers down my spine and the plans are the stuff of nightmares.

Leisl Leighton has created a world full of intrigue and captivating characters that draw you into the story and hold readers hostage until the very end. I was certainly spellbound throughout and I can’t wait to read the Moon Bound, which will be released in a couple of weeks.
Read more
Helpful
Report abuse
See all reviews

Casie L
4.0 out of 5 stars New shifter world that I can't wait to explore more!
Reviewed in the United States on 2 April 2018
Verified Purchase
My Thoughts - 4 out of 5 Unicorns - I really liked it!!!
***I choose what I read and review based on what intrigues me!! Yes, I got a review copy of this book, but no one tells me what to think, feel, or write about any book! I did buy this book, and I hope to buy the rest of the series too when I can.

This is my first time reading this author’s work, and it is also the first book in the series. This is definitely an adult book with violence and steamy content. A thing of note that you may want to know, I did have to look up some words because this author is from Australia, so at least for me, I didn’t know some of the words until I looked them up. I don’t have a problem with this because learning is lifelong, and I love it.

This world is exciting for me because it is set in Australia, and it is interesting that Witches and Weres are bound together to survive. I found the premise very cool. This book has a lot of mystery and intrigue, and things I just didn’t see coming with all the twists and turns. I love when I can’t predict what is happening. I really like Skye because she goes through a lot, and she could quit or give up, but she doesn’t. Jason, Adam, and Tom are awesome, and I loved their characters. I’m hoping to see more of them all in the next book. Of course, there are evil bad guys, but can you figure out who they are.

I recommend to all shifter and witch fans because this is an intriguing story with tons going on and a new spin that you will love! I can’t wait for the next book! I think the series will get better and better!
Read more
Report abuse

BarbarinaS
3.0 out of 5 stars Has possibilities
Reviewed in the United States on 15 March 2018
Verified Purchase
This was enjoyable. The premise did have a fresh air to it and has possibilities for an exciting series. It had lovely characters. But, I did find these were a little lightweight, particularly our female lead. Her refusal to want to listen to what was obvious took away from what could have been a great story and made it too similar to other novels in the same vein. At times it was also a little confusing and appeared to contradict itself, perhaps only for me but it seemed in a rush to give us information to the point of becoming almost inconsistent.This was really evident towards the end where it got too cute and in some of the conversations.
The writing however has a lovely flow and the cover is really effective. I am hoping it gets better, tighter in the next book because it does have something about it.
Read more
Report abuse

Avid Reader
5.0 out of 5 stars A great read.
Reviewed in the United States on 26 February 2018
Verified Purchase
Pack Bound gets the reader in immediately. Destiny plays a role between the alpha male wolf and the pack's werewitch. The problem is that the heroine isn't allowed to use her magic at a time when it is ready to burst out of her body and create a whole new horizon.
Read more
One person found this helpful
Report abuse
See all reviews
Back to top
Get to Know Us
Make Money with Us
Let Us Help You
And don't forget:
© 1996-2021, Amazon.com, Inc. or its affiliates