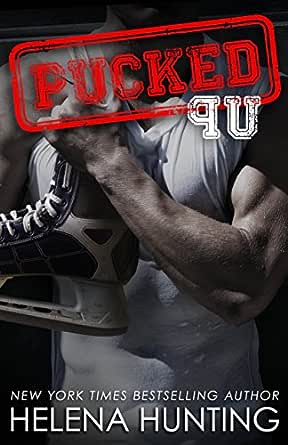 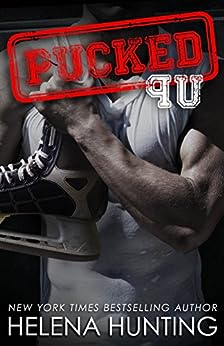 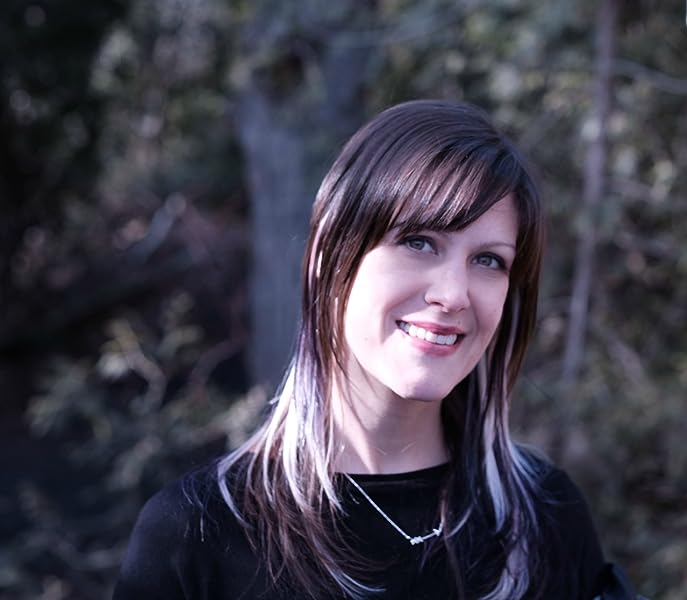 "Pucked Upis a raucous, endearing addition to the PUCKED series!"--Julia Kent, New York Times and USA Today Bestselling Author "Helena's humor and talent shine in Pucked Up, but it's the endearing hero who won me over. I love the yeti!" --Daisy Prescott, USA Today Bestselling Author "Pucked Up has everything I want in a romantic comedy--sizzling chemistry, laugh-out-loud humor, and plenty of steamy hot sex with a guy who knows what the puck he's doing--on the ice and between the sheets. I loved it!" --Melanie Harlow, USA Today Bestselling Author "Pucked Up reminds readers that they just got a taste of the tremendous, deft talent of Ms. Hunting. She can make you laugh and swoon with equal measure." --Debra Anastasia, amazing author "Helena Hunting is one of those authors who has mastered weaving romance with smart sexy humor while integrating a touching story-line with raw emotional undertones that can pull all the heartstrings. If Helena Hunting wanted to steal your hearts, then she DELIVERED!"-- Michelle, Four Chicks Flipping Pages

***The 2nd standalone novel in The Pucked Series***

Miller “Buck” Butterson has been banging his way through life ever since a puck to the face fixed his messed up front teeth. After five years in the NHL, deflecting goals on the ice and scoring them with puck bunnies, Miller has decided he’s ready for a girlfriend. A real, non-bunny girlfriend to take on dates, and not jump into bed with after five seconds of conversation.

Miller thinks he’s found that woman in his teammate’s sister. Except, unlike team captain and all-around nice guy Alex Waters—who happens to date his stepsister, Miller’s media reputation as a manwhore is well earned. Beyond that minor detail, Miller doesn’t know the first thing about relationships or the time and effort they require.

Miller learns—eventually—that if he wants to make Sunshine “Sunny” Waters fall for him, he's going to have to do a whole lot more than show her his stick skills in the bedroom.

Megan Chambers
TOP 500 REVIEWER
5.0 out of 5 stars *5 Stars*
14 September 2019
Format: Kindle EditionVerified Purchase
Ok, let me start off by saying that even though I was keen to continue this series, I wasn't a fan of Miller in the first book, so I wasn't too sure if I would like him or not. That immediately changed for me. I loved this book!

Miller was actually a really fun character, and I loved getting to know him. And oh my gosh, his scenes with Vi were hilarious! Those two together were amazing. I quite liked Sunny as well, but there were a few times I got quite frustrated with her.

Even though he find's himself dealing with situations that were not the best for Sunny and others around him, Miller has a really huge heart, and the camp and other things he does in this book were awesome. He was my favourite character in this book, and there was way more depth to him than I thought.

Our secondary characters were quite interesting too, and I believe there was set up in this book for at least two more. I'm really keen for Randy's book because I think thats gonna be an interesting one.

I can't wait to continue this series when I get the chance, this world is really fun!

Brenda Hawkins
TOP 500 REVIEWER
4.0 out of 5 stars Im Pucked Up
24 September 2019
Format: Kindle EditionVerified Purchase
The Journey continues, and I couldnt wait to start book 2, Im officially addicted to The Pucked Series. I love Miller aka Buck in the first book and couldnt wait to read how he was going to over come his Manwhore reputatiion. Underneath all that yetiness I knew there was going to be a guy with a sense of humour and feelings, he just hadn't shown them and with a reading disability as in Dyslexia, which in all fairness is how he gets himself into so much trouble in this book. I loved that the book was from Miller's perspective, and i especially love the relationship that is between him and his Sister from another Mother & Father. The Love between the two in all the underlying cheap shots and digs and talks between the two. We just didnt read of little things of the characters in book 1, they were still heavily involved and it just felt like a continuation which I am a huge fan of.
Miller or Buck discovers his feelings for Sunshine, Sister of Fellow team mate Alex Walters also engaged to his sister Violet. Miller has to deal with discovering feelings and building a relationship with someone who is not a Puck Bunny. He is against all odds with this one, his mates putting him into situations and that he also puts himself into as he is in an unchartered territory when it comes to relationships. Alex is against him, Sunnys's BF Lily, he is his own worst enemy.
I was giggling in bed at all the "accidents" that Miller finds himself in.
I was cheering for Miller from the get go, how could you not.
This is the first real Hockey Series I have read, that all the male characters and those to come are actually Ice Hockey Players, coming from a country that Ice Hockey is not in our top 20 of sports to follow, I was hesitant to read books with Ice Hockey Players. I didnt understand the way people raved about the players and how huge it actually is and the whole "Puck Bunny" thing lol. Seeing someone like Miller try to escape and change his past actions that will continue to come back to haunt him starting a new relationship with Sunny, we seen the same with Violet and Alex, realising how difficult it would actually be, there is no fluffing around withthe way Helena Hunting describes it in her books. It is so real that some of the situations remind me of my own years in that 20 -30 age group.
I absolutely couldnt stop giggling and went through my day laughing. thank you HH for this and I cannot wait to get on to Pucked Over #3 Lily and randy's story "rebound love" Thank you

BK Baines
TOP 100 REVIEWER
1.0 out of 5 stars 1 Disappointed Star
24 January 2016
Format: Kindle EditionVerified Purchase
Ok, I rarely give any book a one star but for me this was nearly a DNF sooo many times BUT because I paid money for it I always make myself finish it.....I really should have learned my lesson from the first book, which I didn't find that great either but because it was on sale I caved and got it.
Where to start...I'm probability in the minority of people that did not find anything in this book funny at all. Both the main characters were annoying and immature and it drove me nuts. I understand they are youngish but it came across as a couple of teenagers. The secondary characters were no better either.
Sooo many stupid misunderstandings, which made Sunny seem like an immature, whinny, judgemental princess. She didn't give any support to Miller when he needed it and jumped to all types of conclusions. Sure he previously was a man whore but if you cant place some trust in the person you love, what's the point?
The book was told only in Miller's POV, and in my opinion, not very well, he came across as a unintelligent, oversharing horny teenager! We really didn't need the in depth description of his hairiness and hair removal process, if it was meant to be funny I would have to say it fell short? He loves talking about his penis, the condoms he uses and how much sex he needs, or lack of sex he got with Sunny and then how often he HAD to masturbate and used comments like "the land of jizztopia" I mean what the hell, jizztopia, my eyes rolled so far in the back of my head i'm surprised I didn't get a headache from it. Came across so immature and that he only though with his 'little' head!
I know its a light hearted romance and I did like his efforts in the end with the charity foundation he created. I think I need to accept that this authors writing style and me just don't gel together and I definitely wont be purchasing anymore in this series, on sale or not.
Read more
Helpful
Comment Report abuse

Kindle Customer
4.0 out of 5 stars I enjoyed this book
23 July 2019
Format: Kindle EditionVerified Purchase
I enjoyed this book about Miller (Buck) and Sunny Sunshine. I enjoyed the conversations between Violet and Miller the most, they make me laugh out loud.
Read more
Helpful
Comment Report abuse

Sarah
TOP 500 REVIEWER
5.0 out of 5 stars Fantastic series
26 January 2016
Format: Kindle EditionVerified Purchase
Funny, smart and romantic - love this series and love Helena Hunting. Great author who writes page turners that can be reread then times and not get boring. If you like romantic comedies than I can only recommend this book.
Read more
Helpful
Comment Report abuse

Go to Amazon.com to see all 662 reviews 4.3 out of 5 stars
Get FREE delivery with Amazon Prime
Prime members enjoy FREE Delivery and exclusive access to movies, TV shows, music, Kindle e-books, Twitch Prime, and more.
> Get Started
Back to top
Get to Know Us
Make Money with Us
Let Us Help You
And don't forget:
© 1996-2020, Amazon.com, Inc. or its affiliates