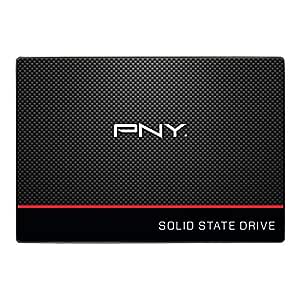 Capacity: 960GB
Expand all Collapse all Technical Details
Expand
Summary : Screen Size, Screen Resolution, Graphics Coprocessor, Graphics Card RAM
Expand
Other Technical Details
Warranty & Support
Amazon.com.au Return Policy: You may return for a full refund for the price you paid within 30 days of delivery any new computer purchased from Amazon that is "dead on arrival", arrives in damaged condition or is still in unopened boxes. Amazon may test or inspect returns. If Amazon finds a customer has misrepresented the condition of a return, Amazon may impose a fee equal to up to 15 percent of the merchandise sales price. Any returned computer that is damaged through customer misuse, missing parts, or in unsellable condition… Read more due to customer tampering may result in the customer being charged a restocking fee based on the condition of the computer. This policy does not restrict or alter any non-excludable statutory consumer protections or rights you may have, including under the Australian Consumer Law. To view full returns terms including return instructions, merchandise-specific requirements and exclusions see our Returns Policy Page. New, used, and refurbished products purchased from Marketplace vendors are subject to the returns policy of the individual vendor.

Capacity: 960GB
The PNY CS1311 2.5” SATA III SSD is an excellent choice for a mainstream solid state drive (SSD) upgrade from a hard disk drive (HDD). The CS1311 drive is designed for an easy and cost-effective HDD replacement in the existing PC system to help realize faster boot times, quicker application launches and better overall system performance. With no moving parts, the PNY CS1311 2.5” SATA III SSD is highly durable, less likely to fail, and supports up to 3 years of warranty.

The PNY CS1311 2.5" SATA III SSD is an excellent choice for a mainstream solid state drive (SSD) upgrade from a hard disk drive (HDD). The CS1311 drive is designed for an easy and cost-effective HDD replacement in the existing PC system to help realize faster boot times, quicker application launches and better overall system performance. With no moving parts, the PNY CS1311 2.5" SATA III SSD is highly durable and less likely to fail.

mijcon
5.0 out of 5 stars Great, No-Frills SSD
23 February 2016 - Published on Amazon.com
Verified Purchase
I was hoping to find an inexpensive, high-quality SSD to replace the slow and unstable hard drive on my secondary computer. It had gotten so bad that I would avoid using it at all costs, even though it is far more powerful than my tablet. That's where this PNY CS1311 SSD comes in. The price was nice at just under $60 for the 240 GB model, and the measured performance was arguably the highest among the competition.

First of all, I did not use the Acronis software code that came with the device. I always start fresh whenever I can, and Windows 10 makes that process easier than ever, but you must be running Windows 10 on your old hard drive for this to work:
- Backup the files you want to keep on OneDrive, a USB, or an external hard drive if you can.
- Download Windows 10 and create an install disc/USB.
- Switch out the HDD for the SSD and boot up from the install media*.
- When it asks for the product key, click "I don't have a product key".
- Once Windows 10 goes online, it will see that it's the same system and activate automatically.

The Samsung EVO 850 comes with software that helps you test your drive, keeps track of its age, and automatically changes settings in Windows to get the most out of the SSD. The PNY has none of that, but I don't think most users would really miss it. It also doesn't come with any cables or brackets, which is standard, but it does include a spacer for those that may need one. Although this may be one of the prettiest computer components I have ever seen, where the PNY really shines is its speed.

According to PNY, this drive should deliver up to 550MB/s in sequential reading, and 520MB/s in sequential writing (550/520 in shorthand, higher numbers are better for both). The Samsung 850 EVO 250GB 2.5-Inch SATA III Internal SSD (MZ-75E250B/AM) provides up to 540/520 and the Crucial BX200 240GB SATA 2.5 Inch Internal Solid State Drive - CT240BX200SSD1 tops out at 540/490. In user tests, the Samsung usually performs right on the mark, but the Crucial seems to have occasional problems according to its reviewers. The PNY CS1311, on the other hand, often outperforms its own benchmarks in both my tests and the tests done by other reviewers (attached image).

This model only comes with a 3 year warranty, so if the Samsung EVO 850 is a comparable price I would buy the Samsung for its 5 year coverage. However, SSDs are known for their reliability, so do what feels right to you.

Overall, I am very happy with my purchase. I would absolutely recommend this drive to anyone that I like, and the Crucial to anyone I don't. I will update later on if anything changes.

*On some older systems, the Serial ATA interface may be set up in "Legacy" or "IDE" mode (mine was). I recommend searching online to verify that your BIOS is set to AHCI BEFORE installing Windows, assuming it supports AHCI.

John Jason Lucas
1.0 out of 5 stars Support is Terrible
28 August 2018 - Published on Amazon.com
Verified Purchase
This drive worked great for a while, however, one day it just stopped working. I have backups of my data, but need to get the product serviced. I first put in a support request on their website and they never responded. I have since called and called and keep getting forwarded to voicemail with no returned calls.
Read more
11 people found this helpful

D. S. Bierly
5.0 out of 5 stars Nice little drive, works great so far, smooth installation (but a couple lessons learned)
17 November 2017 - Published on Amazon.com
Verified Purchase
My 5 stars may be premature, I just bought and received it today (thank you Amazon Prime!), and now have my old Dell Latitude D630 (yup, 10 years old, still built like a tank) converted over to this SSD. Flawless setup, thanks to the Acronis software key they provide. I just selected the "clone" option to migrate my old *SLOW* hard drive (it was all the rage at the time) with Windows 10 onto this baby, using an adapter cable from USB to SATA (these are pretty cheap if you need one, they come in handy over and over) with the PNY drive plugged in externally. One software glitch--it didn't like an extra partition which had Linux on it, so I had to exit out, fire up the Windows "Create and Format Partitions" manager to just delete these old partitions I didn't need. After that, click click click, and I found the machine turned off about 40 minutes later.

Assuming the best, I flipped it over, unscrewed the 2 screws holding the hard drive door in place, slid out the assembly and unscrewed the plastic cover from the drive (note the orientation of everything first), and swapped that in for the new drive. Slid it back in, turned on the machine, and it booted up into....."disk not found" :(

I figured it had to be good, and wondered how it couldn't be making the connection inside. Then I remembered it came with this (unexplained) extra piece with self-adhesive on it, which makes the drive a little thicker. Turns out this is needed to encourage the drive to actually mate with the connector. That did the trick, booted right up, no more 100% disk utilization all of the time. In fact, you barely notice it, because now the machine is CPU limited lol...

Still, it is pretty functional now, I am only hoping it can drive my 3D printer :)
Read more
3 people found this helpful

Roger Tate
2.0 out of 5 stars Worked great...for a month
11 April 2017 - Published on Amazon.com
Verified Purchase
Worked fine for about a month. Easy to install and sped up my machine considerably. After about a month my machine would boot up, run a minute or two, then lock up. I switched back to the original disk as the boot drive and everything is working fine, so it was definitely a bad drive. When I went to order a replacement drive after getting a refund, the price of the drive had jumped from $70 up to $95. Instead of risking another bad drive from PNY, I ordered the same size drive from SanDisk for a better price.
Read more
6 people found this helpful

Bryan
5.0 out of 5 stars Great SSD for Xbox One S
23 January 2020 - Published on Amazon.com
Verified Purchase
I've had this SSD for about 4 years and it is still working great. I use it primarily on my Xbox One S (with a USB 3.0 to SATA 3 adapter) and it works phenomenally well. Although most documentation online suggests the minimum capacity required to install games onto the SSD on Xbox is 250gb, the 120gb version of this SSD has been working great and games install just fine on it. Since 120gb is small, I only store the 1 or 2 main games I play on it, then swap the games out between the internal HDD and the SSD if I start to main other games.

Now, loading games from an SSD generally just decreases load times, but I genuinely notice games running slightly smoother on my Xbox One S, especially on games that feature an uncapped FPS option. I'm ALWAYS the first person to load into a map which is fun, and I can no longer take bathroom breaks when fast travelling in games. One neat thing I didn't expect is, I can actually upload screenshots now from the Xbox's capture feature instantly -while- playing games. Usually they upload at like 1% per minute while in a game, but if the game is on an SSD, it uploads instantly since the internal HDD isn't being clogged with game data.
Read more

Go to Amazon.com to see all 1,579 reviews 4.6 out of 5 stars
Get FREE delivery with Amazon Prime
Prime members enjoy FREE Delivery and exclusive access to movies, TV shows, music, Kindle e-books, Twitch Prime, and more.
> Get Started
Back to top
Get to Know Us
Make Money with Us
Let Us Help You
And don't forget:
© 1996-2020, Amazon.com, Inc. or its affiliates