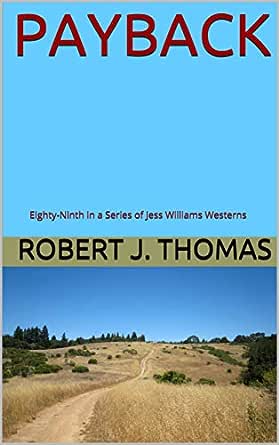 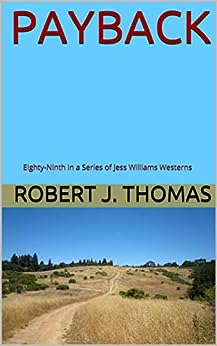 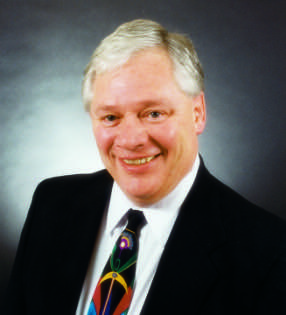 Jess has finally decided to take a long-needed break from the bounty hunting business. After leaving Kilgore, Kansas, and splitting off from the aging bounty hunter, John Booth, he goes to his house on the lake in Stratton, Texas. He plans to stay, relax, fish and visit with friends.

His break is quickly cut short when Frank Reedy gets shot and is in grave condition. After only one day of relaxation, he finds himself hunting for the six men responsible for Reedy being shot. He takes John Bodine and Ace Yardley on the hunt with him.

The six outlaws split up in pairs, each going in different directions, making Jess’s job of hunting them down difficult. But almost killing his good friend, Frank Reedy, was a mistake of proportions that the six killers would never realize…until Jess finds them and dispenses his own personal style of justice.

Kindle Customer
5.0 out of 5 stars THEY MESSED WITH THE WRONG MAN
2 January 2020 - Published on Amazon.com
Verified Purchase
A gang consisting of six heartless men hanging around the bar in Titusville, Texas decide to give the Sheriff a bit of trouble 😠😡they are nothing but a bunch of bullies. Footloose and fancy free, they are taking what they want, shooting whomever they wanted. So they are in the saloon playing poker, one of the players is crossed eyed drunk and just making a mess. So one of the gang members hits the drunk up side his head, the owner of the bar sends for the Sheriff, the gang member is arrested with protest and a threat that the other gang members will bust him out of jail.
So now the town's Sheriff is 😟worried, so he sends a telegram to Frank Reedy, U.S. Marshal in Stratton, Texas. Frank received the wire and let Henry Stratton know that he was heading to Titusville to help the Sheriff who by the way was happy to see Frank once he arrived.
Well the dumb gang of six decide to hit the jail that same day. Lordy, what a mess, they killed the Sheriff and shoot 🔫🔫U.S. Marshal Frank Reedy, they shoot him three times, not good, not good!! Wait until Jess Williams hears about this fiasco!!
These men DON'T know what they just did, but we ALL do, somebody will pay for these ACTIONS, you know for every action there's a reaction. I'm this case it'll be Jess Williams, John Bodine and Ace Yardley on their 👣trail, not good for them.
Before these bad boys meet up in a little town close to the Mexican border, whose Mayor is Edwardo Garcia, these men murdered and caused bedlam WHENEVER the stopped. One particular situation happened to a 💑couple who made a pretty good living raising and selling their farm products to town folks and other farmers who lived around them. Two of the gang stopped at this farm murdered the husband after promising the wife that they would bury him behind the house, but instead through his body into the hog pen, oh I forgot to tell you that they raised hogs for a living. Their actions broke the will of the wife, they brutalized her mentally and when they left they tied her to a chair, and told her it was her decision to get loose. The poor woman laid her head down on the table while laying their all types went through her mind and finally fell asleep, the ever lasting sleep . I can't say that she had a peaceful relaxed sleep, no she died tormented. Lordy what a deep deep sorrow this is.
Well lets all ride back to Stratton, Texas with Jess Williams, John Bodine and Ace Yardley to test and visit with Frank Reedy whose health is improving, but he's walking with a cane meantime. All is well for now, everyone is back in their respective homes and are mellowing out, that is until Jess Williams is on the 👣👣trail again hunting those bad boys. Ride easy watching your back trail until we read about your next hunt.

JOHN CHAVEZ
5.0 out of 5 stars Payback: Eighty-Ninth in a Series of Jess Williams Westerns
11 December 2019 - Published on Amazon.com
Verified Purchase
It is always sad when I have finished another great book on Jess Williams that I love so much. I can not wait for the next great adventure of Jess Williams. In Payback Jess has arrived back to his large home on the lake in Stratton Texas intending to take some time off and relax. Jess's relaxation is cut short when his good friend US Marshall Frank Reedy is shot in a neighboring town and the Town Marshal there was shot dead. There were seven members to a gang but Frank Reedy managed to kill one of them leaving six alive. After one day Jess along with John Bodine and good friend Ace Yardley go on the hunt for the six men who shot Jess's dear close friend. This time bounty collecting is not part of Jess's thinking, this has become personal, he only wants to see these six men dead by his own hand. A great read where Jess is generous with Mandie to look after Frank and for helping a small Mexican village. More excellent gun fights with graphic violence.
Read more

Kindle Customer
5.0 out of 5 stars A RJT. Texas Western Action Adventure (P) (AJWWB - 89)
10 December 2019 - Published on Amazon.com
Verified Purchase
RJT. has penned a Texas western action adventure titled, "Payback", which begins in JW's town and where US Marshal Frank Reedy is shot and left for dead. When JW hears of the shooting he is immediately on the trail of the six men. He, Ace Yardely and Frank Bodine start the chase immediately, a chase that covers most of the,state of Texas. This is an excellent read for the genre.....DEHS
Read more
One person found this helpful

Kindle Customer
5.0 out of 5 stars Another great read
9 December 2019 - Published on Amazon.com
Verified Purchase
I have read everything you have written about Jess Williams and have never been disappointed. My only complaint is that I wish the books were longer. I hate it when I get to the end of the book. Will wait patiently for the next book. Would highly recommend this series to everyone that enjoys a great western series.
Read more
One person found this helpful

Amazon Customer Lavonne Jones
5.0 out of 5 stars Jess' close friend Frank Reedy almost got kill. Jess, Yardly, and Bodine join him on the hunt.
16 January 2020 - Published on Amazon.com
Verified Purchase
Jess William series only gets a 5 star from me. Robert J. Thomas' western stories are new and fresh. Jess is a hero of the old west. Jess was made a bounty hunter and killer by curcomstance. His whole family was killed and he hunted down the killers. He has many friends and always helps the needy and innocent. There is a touch a history in the books and spotted with comic relief. By reading just one book you will be hooked. READ and ENJOY. You will start reading them all.
Read more
Go to Amazon.com to see all 33 reviews 4.9 out of 5 stars
Get FREE delivery with Amazon Prime
Prime members enjoy FREE Delivery and exclusive access to movies, TV shows, music, Kindle e-books, Twitch Prime, and more.
> Get Started
Back to top
Get to Know Us
Make Money with Us
Let Us Help You
And don't forget:
© 1996-2020, Amazon.com, Inc. or its affiliates