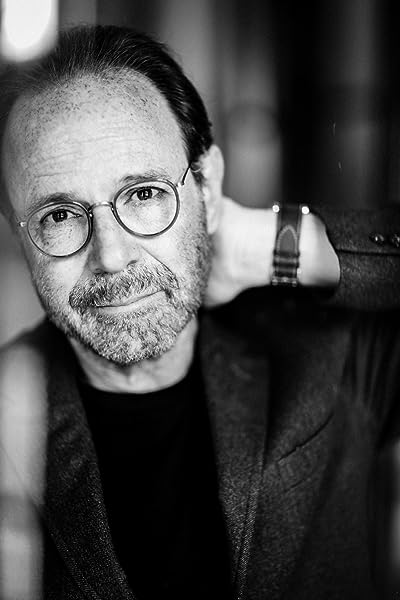 Page 1 of 1 Start overPage 1 of 1
Previous page
Next page
Start reading P.S. from Paris (UK edition) on your Kindle in under a minute.

With more than forty million books sold, Marc Levy is the most-read French author alive today. He's written eighteen novels to date, including All Those Things We Never Said, Children of Freedom, and Replay. Originally written for his son, his first novel, If Only It Were True, was later adapted for the big screen as Just Like Heaven, starring Reese Witherspoon and Mark Ruffalo. Since then, Levy has not only won the hearts of European readers; he's won over audiences from around the globe. More than one and a half million copies of his books have been sold in China alone, and his novels have been published in forty-nine languages. He lives in New York City. Readers can learn more about him and follow his work at www.marclevy.info.

4.1 out of 5 stars
4.1 out of 5
3,548 global ratings
How are ratings calculated?
To calculate the overall star rating and percentage breakdown by star, we don’t use a simple average. Instead, our system considers things like how recent a review is and if the reviewer bought the item on Amazon. It also analyses reviews to verify trustworthiness.

Mrs. J. Richmond
TOP 500 REVIEWER
4.0 out of 5 stars An Affair to Remember meets Notting Hill
Reviewed in Australia on 28 April 2018
Verified Purchase
Don't read this book if you have a deadline to meet; you'll never put it down! This is a very witty romance featuring some hilarious dialogue. pair of reluctant lovers set up by friends lead the reader on a merry dance. One an undercover actress, the other a writer who surely must be somewhere on the Autism spectrum, will give you lots of teeth-grinding moments as well as lots of laughs. Paris makes a great backdrop too.
Read more
Helpful
Report abuse

Melbourne Gal
3.0 out of 5 stars Craziness in Paris!
Reviewed in Australia on 20 November 2019
Verified Purchase
This was a very quirky, amusing , but quite incredible tale set largely in Paris. I enjoyed revisiting places in Paris where I'd been. The story or main character gets quite frenetic and frustrating at times. It's a short, lightweight book to read after something heavy.
I didn't enjoy it as much as The Last of the Stanfields, the last Marc Levy book I read.
Read more
Helpful
Report abuse

tony jacobs
5.0 out of 5 stars A spell binding story
Reviewed in Australia on 24 June 2019
Verified Purchase
I read dozens of books a year. With a lot of them, I get bored and just skip to the usually predictable end. Not this one!! An incredibly moving story with beautifully developed characters and charming twists and turns. I finished it well past my sleep time. I don’t usually recommend books but I think I can truly say you will love it!!!
Read more
Helpful
Report abuse

Amazon Customer
5.0 out of 5 stars Could not put it down
Reviewed in Australia on 6 February 2018
Verified Purchase
Such a relevant topic in todays world. Having been to Paris i love all books Paris. So many twists and turns so unexpected but rivetting. Touching, seductive and plenty of mystery.
Read more
One person found this helpful
Helpful
Report abuse

Jayde
5.0 out of 5 stars Beautiful
Reviewed in Australia on 15 August 2018
Verified Purchase
Beautiful reading! I really enjoyed reading this book, it made me laugh and cry. I could never have guessed the ending. Well done and thank you for writing this
Read more
Helpful
Report abuse

Marion Priest
2.0 out of 5 stars Not for me.
Reviewed in Australia on 29 June 2018
Verified Purchase
It's hard to say anything positive about this book. The characters and the story didn't ring true. Maybe it lost something in the translation.
Read more
Helpful
Report abuse

Suze Lavender
TOP 100 REVIEWER
5.0 out of 5 stars Amazing dynamic story
Reviewed in Australia on 1 October 2017
Mia's husband is cheating on her. They're a famous couple and just made a movie together that they need to promote, so they need to pretend that they are happy. In real life things are far from ideal though and Mia needs a break from it all. That's why she decides to stay with her best friend in Paris for a while. Her friend runs a restaurant and Mia will work there as a waitress, hoping she won't be recognized with her new haircut and made up identity.

In Paris Mia meets Paul, a moderately successful writer from America. He's mostly popular in Korea these days and hopes to write a book again that will be well received worldwide, just like his debut. Mia and Paul both aren't unattached, but that doesn't mean they can have a great time visiting their favorite places in Paris. However, what will happen when their connection evolves into more than just friendship? Can they ever be their true selves when they are together?

P.S. From Paris is a wonderful story with plenty of interesting twists and turns. I loved Mia and Paul from the beginning. They're funny when they interact and they bring out the best in each other. I enjoyed reading about their adventures. Paris is a fantastic location for a romantic story and Marc Levy describes it in a lively energetic way that immediately pulled me in. The main characters have a fabulous way of discovering the city and I loved seeing Paris through their eyes.

Marc Levy has a fantastic dynamic writing style. P.S From Paris is a fast-paced whirlwind filled with surprises. I read the book in one sitting and was completely spellbound by the main characters and the way they get to know each other. The dialogue is entertaining, I liked every single sentence of it. P.S. From Paris put a big smile on my face and the ending is terrific. I love a great feelgood story and enjoyed reading this one very much.
Read more
4 people found this helpful
Helpful
Report abuse

Hai Ha
4.0 out of 5 stars A good love story
Reviewed in Australia on 24 May 2020
It’s very lovely story about how love would be 😊
I like the way main character’s reaction.
The author bring me attraction in Paris and wish I would be there one day 😊
Read more
Helpful
Report abuse
See all reviews

Amazon Customer
5.0 out of 5 stars Another brilliant book by Marc Levy
Reviewed in the United Kingdom on 18 August 2017
Verified Purchase
I was so excited to learn there was a new book available by this author. I love If Only It Were True and was looking forward to losing myself in another novel. The fact that it's primarily set in Paris was an added bonus and the descriptions were spot on.
Paul moved to Paris after the success of his first novel. He felt anonymous there and had made a life for himself. When his friends, Arthur and Lauren visit him they decide to give him a nudge at finding a partner.
Mia has also come to Paris to escape. As a well known actress it's hard so she changes her look and helps out at her friend's restaurant. Mia feels freer than she has in years and plays her part well.
When Paul and Mia first meet they start a tentative frendship. They find themselves growing closer but neither of them are ready to admit their feelings. When Paul takes a trip to a book fair, neither of them realise how much it will change everything.
Read more
2 people found this helpful
Report abuse

DeeJayH
4.0 out of 5 stars Clunky start but once shifted through a few gears a nice ride
Reviewed in the United Kingdom on 3 September 2017
Verified Purchase
This is the first book of this author's I have read. I was drawn to it because I love Paris and I like reading French novels, albeit in translation. When I began this one I almost gave up. It came across as a bad chic-lit, with cliques and jumps to different characters, I began to wonder if forty million readers could all be deluded ! However at about 40% something changed and I really began to enjoy this book. The premise was interesting en ough to keep my interest. I know now that this is a sequel to another book but it does not explain the bad start so I .had to deduce one star, at one stage it was hea ding for a two star review. Kindle jumping so will finish later
Read more
One person found this helpful
Report abuse

Alison Dodds
1.0 out of 5 stars Alison Dodds
Reviewed in the United Kingdom on 21 August 2017
Verified Purchase
Unbelievably trite storyline wiith one dimensional characters and was so lightweight it should have fliated away into the ether. Just as well I didn't pay for it. Only got through a third of it and even that was a struggle.
Read more
10 people found this helpful
Report abuse

hjr
2.0 out of 5 stars Unbelievable, but not in a good way!
Reviewed in the United Kingdom on 17 August 2017
Verified Purchase
Oh dear. I wanted an easy read but unfortunately this is almost laughable. The characters don't seem at all plausible or likeable and the prose is clunky and repetitive in a way that makes it feel as if it was written by a school child. Sorry if this seems a bit cruel but don't buy it if you are annoyed by amateurish writing style. I am half way through (I hate to give up on books) but not sure I am going to make it to the end........
Read more
6 people found this helpful
Report abuse

Kindle Customer
5.0 out of 5 stars A stealthy love story
Reviewed in the United Kingdom on 27 August 2017
Verified Purchase
When a runaway film star collides with a self-doubting author in Paris you can be sure that the plot will have as many twists and turns as Machiavelli could devise. When he discovers that his hit novel in Korea is due to his translator hijacking his name to tell her own story of life under the North Korean dictatorship, he reverses their roles and publishes it, to great critical acclaim, as a new novel for European/American audiences. Revealing the dual deceptions on primetime French TV brings a reunion of the principal characters, and YES this time it does count.
Read more
One person found this helpful
Report abuse
See all reviews
Back to top
Get to Know Us
Make Money with Us
Let Us Help You
And don't forget:
© 1996-2021, Amazon.com, Inc. or its affiliates