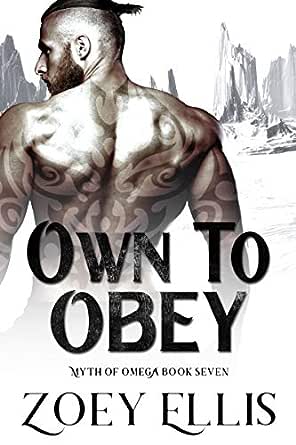 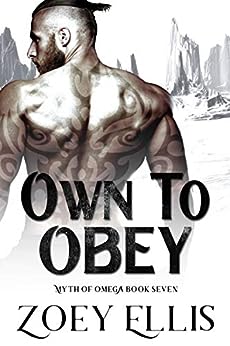 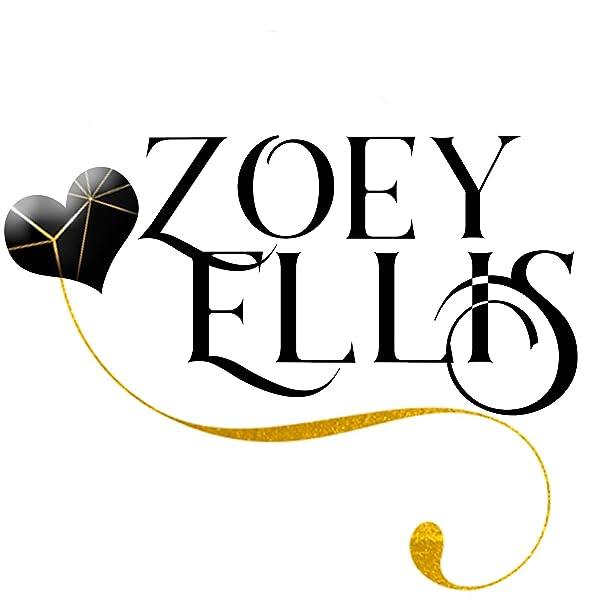 Own To Obey (Myth of Omega Book 7) Kindle Edition

He owns her - and now she must obey

When Shaya becomes the possession of a fierce, tribal, Alpha warrior, she is determined to overcome the harsh treatment of a culture she doesn’t understand.

She tries to resist her attraction to the Alpha's brutal dominance, but he will not allow her to ignore him.

She soon begins to understand that life can be savage and painful...

What readers are saying:

★★★★★ "I have devoured this book in a matter of hours. I COULD NOT put this book down!"

★★★★★ "This Alpha and Omega book is an out of the park grand slam! The Alpha who is drawn to the Omega Shaya. The push and pull. The domination and submission , the character development was amazing."

★★★★★ "This story killed me - it was amazing, and I can barely catch my breath from this fabulous read that left me delirious."

OWN TO OBEY is a full-length fantasy romance novel that begins a dark and tribal epic tale. For fans of faithful Alpha anti-heroes and captive romances. Cliffhanger included however this trilogy is complete.

This series includes romance and situations of a dark nature. Some aspects of this may be sensitive for some readers. For ages 18+

Ex Libris
5.0 out of 5 stars Alpha Owned
6 February 2019
Format: Kindle EditionVerified Purchase
Omega verse – Myth of Omega Book 7 – Own to Obey
Our story begins where we left off in book six of this amazing world that the author has created for us in the ‘Myth of Omega’ series. The starting point being the Western lands of Alpha King, Malloron and his Omega Queen, Amara.
Our leading Alpha for this trilogy is Kardos. He has chosen Shaya, a sheltered and self-sacrificing young Omega as payment for the assistance he gave in the recent civil wars that plagued the Western lands and threatened to overthrow King Malloron.
Shinno Kardos, Alpha Prince of the Southern lands and leader of his tribe, The Nyek is not your average Alpha. Even set against the uncompromising standards of the Alphas in the preceding two trilogies of the ‘Myth of Omega’ series! From the very first pages, we can sense that Kardos is something else. Something different. Something darker, wilder and even more untamed. Something brutal. With his mind set on achieving his own desires for the future of his tribe, Kardos’ character jumps off the pages with such forcefulness that it’s hard not to feel his single-minded tenaciousness! He’s a driven ‘Diamond in the Rough’ by any Alpha standard. He’s the Alpha that other Alphas secretly envy! The Alpha that Omega females dream about and long to be owned by. He is quite simply, MAGNIFICENT! *gasps*
Shaya, our naive little Omega. Her beautiful perfection so entranced Kardos that he knew from his first sighting of her, even before Shaya’s true Omega dynamic was ever revealed to him, that he must possess her. In every way that a male possesses a female. His desire for her coursed through him, shockingly unabated! And what a prize Shaya reveals herself to be! *deep breaths*
As she begins her journey on board the ship that carries her and the Nyek Tribe back to their home in the Southern lands, Shaya struggles to come to terms with the cruel and unsympathetic new culture thrust upon her. Remembering she has sacrificed herself willingly to save her sister, Shaya braces herself against the harsh treatment meted out by Shinno Kardos. The Alpha who now owns her leaves Shaya reeling but determined to not to break. Shaya’s sense of self-preservation is strong, but will it be strong enough to withstand the onslaught of unrestrained fury unleashed when she disobeys the commands of her Alpha?
This first instalment in the ‘Own’ trilogy is one wild ride! The author picks you up and shakes you all about from the first chapter. Yet this is no game of hokey-pokey!!! For it is within the first paragraph that the intent of the Alpha, and hence the entire tone of the book, is revealed! The intimate scenes are written with such finesse that your empathy for the helplessness of the Omega against the ruthlessness of the Alpha rises from the pages in wispy tendrils that seep in to your psyche. *fans self*
The character development is excellent as always with this author and the attention to detail in world building is brilliant! The journey of our Alpha/Omega couple surges through the pages with such fluidity that we don’t see the shattering climax in the cliff hanger ending until it is upon us! Will the burgeoning relationship between Kardos and Shaya continue along on its current reckless path to an obvious conclusion? Or will fate and the tribe intervene?
I can hardly wait for the next instalment from author Zoey Ellis to find out!
I gave it five stars!!!
I received an advanced reader copy of this book to review.

I love this series. It is so incredibly written, set in the omegaverse, filled with hot sexy alphas and the recluse omega.

This instalment in the series did not disappoint. It had me gripped till the very end. The characters were well written with understandable motives driving their actions.

The story was well thought out and paced perfectly. I can’t wait to continue with the next instalment.

Toni
5.0 out of 5 stars Riveting!
13 February 2019
Format: Kindle EditionVerified Purchase
Zoey has done well to keep the series interesting and new as we progress from one Alpha leader to another. I always feel conflicted between hating the way omegas are treated, to warming up to the pairings, as the alphas learn how to be the men their mates really need & deserve. It's a different world with different ways of doing things. Zoey navigates the tricky morals & emotions well. Looking forward to the next book.
Read more
Helpful
Comment Report abuse

Caroline Doig
TOP 50 REVIEWER
5.0 out of 5 stars Fantastic dark story.
15 February 2019
Format: Kindle Edition
I received a copy of this book from Booksprout and I voluntarily leave my review.
Wow another amazing story by Zoey Ellis but be warned that this is a dark romance. The alpha Kardos comes off cruel and hard but that is the way of the alpha and female omega’s. Katashaya gives herself up to save her sister she is an innocent of this world but she quickly learns differently, Kardos has been brought up the way a tribal prince can and that’s with brutality he gets a rare omega and he plans to take her to the High Chief of his tribe but he doesn’t plan of falling for her like he does and he can’t. This is an amazing story and the best one of Zoey Ellis’s so far and I can’t wait to read more and I highly recommend this book it’s definitely well worth the read.

Anne Dwyer
TOP 500 REVIEWER
5.0 out of 5 stars Dark - but good!~!
1 March 2019
Format: Kindle Edition
Shaya agrees to leave with Kardos as an omega to save her sister from being taken and separated from her fiance. She has no idea of the darkness she will have to endure - or what will become of her. She finds herself attracted to him despite his brutality - but she knows she will be given away when they reach his home island. This is definitely a dark romance - with a cliff hanger ending, but I enjoyed it!

Go to Amazon.com to see all 212 reviews 4.5 out of 5 stars
Get FREE delivery with Amazon Prime
Prime members enjoy FREE Delivery and exclusive access to movies, TV shows, music, Kindle e-books, Twitch Prime, and more.
> Get Started
Back to top
Get to Know Us
Make Money with Us
Let Us Help You
And don't forget:
© 1996-2020, Amazon.com, Inc. or its affiliates