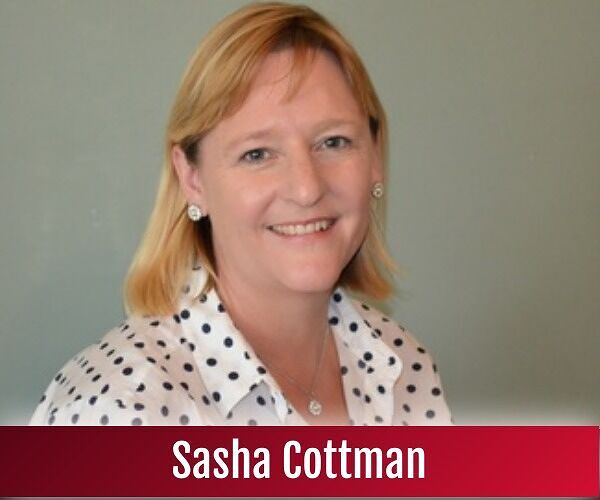 by Sasha Cottman (Author)
4.6 out of 5 stars 15 ratings
See all formats and editions
Sorry, there was a problem loading this page. Try again.

Pre-order Anna Spiro: A Life in Pattern with Pre-order Price Protection Guarantee.
If the Amazon.com.au price decreases between your order time and the end of the day of the release date, you'll receive the lowest price. Click here to pre-order now
Start reading Owen: The Noble Lords on your Kindle in under a minute.

Born in England, but raised in Australia, USA Today bestseller, Sasha has a love for travel, which at last count was to over 55 countries. A travel guide is always on her pile of new books to read.

Sasha’s novels are set around the Regency period in England, Scotland, and Europe. Her books are centred on the themes of love, honour, and family.

Christina M
5.0 out of 5 stars Book two of Regency Rockstars is just as good as book 1
Reviewed in Australia on 28 July 2021
Verified Purchase
I really like this technique of telling the same story from 4 different perspectives. It allows for a lot of character development that otherwise couldn't happen. Owen is flawed and it takes catastrophic events to make him change his ways. Fortunately he is not beyond redemption and is able to do what is needed to fix the situation he has caused. While the book stands alone quite nicely, it's a great second book. Heat level: extra hot.
Read more
Helpful
Report abuse
See all reviews

Mrs Marilyn Parry
5.0 out of 5 stars Owen: Rockstar Romance Meets Historical Romance
Reviewed in the United Kingdom on 20 August 2020
Verified Purchase
I really enjoyed this book. It is book two of Regency Rockstars. This time the story was about Owen. Owen was One of the quartet named Nobel Lords. He played a Stradivarius violin which was a family heirloom. His family were in dire straits and his Father and Amelia’s planned an arranged marriage in order for Meg’s dowry to help pay off outstanding debts left by a gambling grandfather. Meg and Owen had an adventure getting to be husband and wife. This is an excellent read and i did not want it to end.
Read more
Report abuse

PeggyC51
5.0 out of 5 stars Regency Rocks!
Reviewed in the United States on 14 February 2020
Verified Purchase
In the second book in the Regency Rockstars series we get to see the Noble Lords band from a little different point of view. Owen is a gifted musician and a consummate rake. Facing an arranged marriage to a young woman he has never met, he decides to continue to enjoy the willing women of the ton before he weds, and maybe even after. Lady Amelia Perry, the woman to whom Owen is betrothed is not happy about the arrangement either. She sets off to London (properly chaperoned by her brother) to see what kind of man he is, and if necessary, prove to her father that her betrothed is not suitable for her. She has a plan. She will bring Owen around, or send him on his way. Which will it be? Will they find love or will she give him the boot?

This story, like the first one, is engaging, has a good dose of drama, and is laugh-out-loud funny. The characters are interesting and likeable. The men are talented and arrogant, and rakish, as well as honorable and caring. Amy, like Eliza and Lavinia, is intelligent, independent, strong enough to set Owen straight. The scene in Hyde Park is perfect for bringing these two back together. I especially liked Amy’s explanation of future uses for her knife. I enjoyed this addition to a series with a wonderful twist on Regency and Rockstar romances.
Read more
One person found this helpful
Report abuse

Lana Birky
5.0 out of 5 stars Regency Rockstar!
Reviewed in the United States on 27 April 2020
Verified Purchase
I love this series but I just knew I would - what a hoot Regency Rockstars! But they really are & I have loved the first two Reid & Owen - the R & O in rock, can't wait to read the C & K (Callum & Kendal).

Lord Owen Morrison is a unashamed rake who has bedded 1/2 of the ladies in society & he is darn proud of it - he is also an accomplished violinist in the group of 4 "Noble Lords" musicians. He, unfortunately, is facing an arranged marriage at the end of summer. His father, Marquess of Lowe, has contracted his son & a daughter to one of his close friends. Owen must marry an heiress to pay the debts to save their estate after his grandfather blew all the money & did not have a care in seeing it prosper. Owen knows it must be done but his last few months will be spent bedding, partying & playing to audiences with the Noble Lords - then he would be shackled, not faithful, to a lady he has never met.

Lady Amelia Perry does not want a marriage to a man she has never met, even if their fathers are best of friends. She makes a deal with her father, she is to have some time to go to London & prove to her father that Owen is a rogue of the worst kind & therefore, force her father to call off the betrothal. Her plan is attend the London social scene, find Owen & det the groundwork to seduce him under the guise of being an abandoned wife.

The lies she tells, the truths he doesn't tell, & the adventures they have, all ends in them both falling in love with the other. This can't work out smoothly, will she ever be able to get past his lack of honesty, can he really be happy & in love with one woman for the rest of his life. I highly recommend this book - it has so much humor, romance & spice with great characters & a wonderful story to back it all up! Another entertaining read from Sasha Cottman!
Read more
One person found this helpful
Report abuse

Élodie Nicoli
5.0 out of 5 stars The redeeming of the rake
Reviewed in the United States on 14 February 2020
Verified Purchase
When a profligate meets his match, will he see in time the warning signs ...

At the beginning, I was not sure what to expect from this second installment, as it also shares the first book timeline, and what an arrogant fop Owen is, because he is tricked to a marriage of convenience, he decides he is the only mistreated party! Worst, he has every intention to never change his libertine way.
I first thought him a peacock as he has the habit to dress alike, and wondered if he had any depth outside wanting to bed every walking woman around day him. Then while watching interact him with his friends, his family and Amy, a different Owen appeared, still very selfish.
But when sentiments are awakened, he discovers the spectrum of the romantic feelings, and he does not always agree with them nor likes his own self.
Amy is far bolder I would have expected for a young lady, yet as she grew up in the countryside, she has not the polished upbringing of a London’s miss. And her plan is rather daring, yet she adjusts it perfectly and even when she became more involved than she wanted, she chooses her self respect and preservation over anything else. She might be innocent but she is not naive, she prepared herself to face Owen, but not to the sizzling chemistry they quickly share, why she had to adapt her scheme to suit her purpose, and in the main time loose slowly her heart.
They soon get caught in the intricate web of their own lies and deceit, she unable to come up to tell him who she is when he hides he has a fiancée.

This is where despite the blurb revealing too much of the story, I was completely entranced when the plot took an unexpected turn for me as the author did not choose the easy path.
It was not a rushed read as Mrs Sasha Cottman takes time to settle things between them, to make them see their wrong doing and give them time to correct their bad behaviors or wasted deeds.
Owen is so flawed, it was awesome to see him evolve as he has a long way in front of him from the self centered haughty rake to a man worthy to be loved.
I admired Amy, while I found her idea very risky, she saw every aspects of it and refused to compromise.
5 stars for this entertaining sensual read.

My only complain is the cover does not reflect the portrait of Owen as he is described with longer hair, and very specific details.

I was granted an advance copy by the author, prior to it I preordered my own. Here is my true and unbiased opinion.
Read more
One person found this helpful
Report abuse

Karen M Hernandez
5.0 out of 5 stars I enjoy when a story has a happy ending!
Reviewed in the United States on 11 April 2020
Verified Purchase
The second book in the Regency Rockstars Series was very good also. The story of Lord Owen Morrison and Lady Amy Perry was a lot of fun to read. Beginning with the arranged marriage and continuing with the identity secret was great writing and the funny moments had me reading without pause. I liked the funny parts and the story ended just as I wanted. Can’t wait to finish the other books!
Read more
One person found this helpful
Report abuse
See all reviews
Back to top
Get to Know Us
Make Money with Us
Let Us Help You
And don't forget:
© 1996-2021, Amazon.com, Inc. or its affiliates