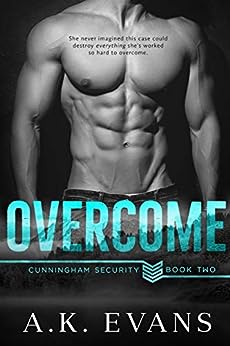 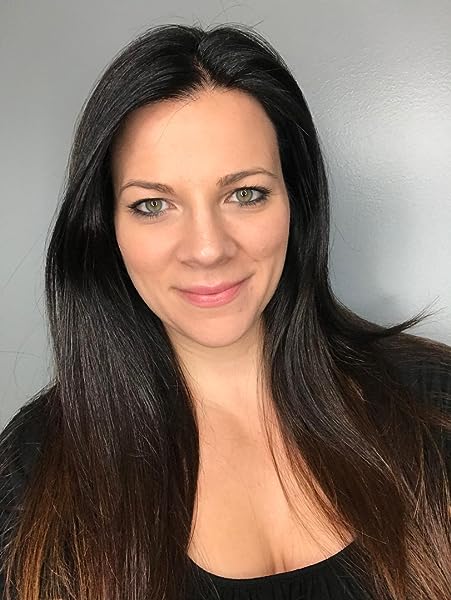 4.5 out of 5 stars
4.5 out of 5
77 global ratings
How are ratings calculated?
To calculate the overall star rating and percentage breakdown by star, we don’t use a simple average. Instead, our system considers things like how recent a review is and if the reviewer bought the item on Amazon. It also analyses reviews to verify trustworthiness.

Ashy Walker
2.0 out of 5 stars Great plot
Reviewed in Australia on 25 March 2019
Verified Purchase
The plot is really interesting and everything is well researched and in depth but it felt so textbook. Conversations between characters felt like a stage play or infomercial script.
The characters felt flat.
This book has so much potential but for me I just couldn't enjoy it.
Read more
One person found this helpful
Helpful
Report abuse

Natasha Carnes
5.0 out of 5 stars 5 star read!!
Reviewed in Australia on 20 June 2018
Verified Purchase
Once again another 5 star read. It covered some very heavy topics so beautifully. As sad as it was it was almost uplifting to see strength people don’t know they have come out when it’s needed. Such S beautiful romance. So refreshing there wasn’t on again off again relationships!!
Read more
Helpful
Report abuse

SusieB
5.0 out of 5 stars Great Read
Reviewed in Australia on 27 November 2018
Verified Purchase
Love this series and I am really hoping there is more to come without too much of a time delay. Definitely worth the read.
Read more
Helpful
Report abuse

jilly cannan
5.0 out of 5 stars Brilliant
Reviewed in Australia on 26 July 2018
Verified Purchase
If there was a #10 rateing I would have chosen it. Another brilliant read. Edge of your seat plus love and pashion
Read more
Helpful
Report abuse
See all reviews

Dreamer2207
4.0 out of 5 stars Very good
Reviewed in the United Kingdom on 18 November 2020
Verified Purchase
Very much enjoyed this book. I always love a story with a strong alpha male and a strong but vulnerable heroine. This has both.

Lexi is recovering from a traumatic sexual abuse and wants to find the strength to love on and lead a full life and meet someone. Cruz is part of Cunningham security and has an interest in Lexi.
When they finally push past the awkward first date and get involved we see just how good these two are together.
I love that there is no magic fix for what’s happened to her. Cruz works hard to make her feel safe, show her that she is protected and that she had the power. His patience and manner toward her is fantastic.
Lexi works hard to push her boundaries and puts her trust in Cruz and goes from strength to strength.
The case Cruz is working on for his company threatens to undo all the good work.

Sarah Arndt
3.0 out of 5 stars 3.5 stars
Reviewed in the United States on 23 June 2018
Verified Purchase
After reading Obsessed, the first book in this series, I was leery of starting Overcome. I was pleasantly surprised to see how much better the writing was in this book was than its predecessor, though there is still room for growth. Again, the story was decent, if a little predictable, and I was rooting for Lexi and Cruz throughout the book.

I have always loved books about survivors of all types, but those about women who’ve overcome sexual assault have always held a special place in my heart. As soon as I read the blurb for this book I was all in. I can not tell you how happy I was to see so much of Lexi’s healing arc in this book. Often romance novels seem to have people be magically healed by finding love, so seeing how hard and how many things Lexi was doing to leave her rape behind her was wonderful.

Cruz was fantastic with Lexi. His compassion and patience went so far to help her learn how to trust men again, in particular, him. I loved how carefully he helped her find all the things she thought she’d lost after she’d been violated so horribly. His support in those moments when she felt she had no strength was sublime.

My wishes for this book are many, unfortunately, but I think most of them could be solved with a heavier editorial hand. Most of the tell-not-show aspects of Obsessed were absent from this book, though there were still a few cringe-worthy moments that need to be addressed. I also feel like Lexi’s reaction to the climax of the book felt completely wrong, given what she’d been through, I absolutely could not get on board with it. Again, there were editorial issues, though not as plentiful as the first book in this series. Finally, all the ‘L’ names: Levi, Lexi, Leni (Lennox), Luke, Logan, Lorenzo, though not present in this book, there was also a Leah in this series, and those are just the names I could recall off the top of my head. It just felt strange to have so many similar names in one novel. Especially all the Le_i names, more than once I misread a name and had to do a double-take to make sure I knew who I was reading about.

Overcome is the second book in AK Evans Cunningham Security series. This series is a spinoff of her Everything series, and several of those characters make an appearance in the Cunningham Security series. Each book in both series are interconnected standalones and do not have to be read in order. However, if you’re anything like me, you’ll have so many questions about the other couples the desire to read the other books will be strong. Overcome is written in dual first-person perspective, narrated by Lexi and Cruz.

AK Evans has improved greatly from the first book I read by her. A lot of the distrust of her readers I felt in that book was absent in this one. That being said, I feel like there is still a lot of room for growth and she would benefit from a stronger editorial team. Her storytelling is compelling enough that I can see myself picking up more books from her, in hopes to see continued improvement in her writing.
Read more
5 people found this helpful
Report abuse

Jenn
5.0 out of 5 stars FIVE STARS!
Reviewed in the United States on 13 June 2018
Verified Purchase
This is the first book I have read by this author, it was absolutely amazing! I can’t wait to read more! This book was more than I ever thought it would be. I love Lexi and Cruz. Cruz is perfect! I love the supporting characters. The chemistry between Lexi and Cruz is so hot. The storyline kept me interested and was beautifully written. While this book deals with a subject that not every one would be willing to write about, this author did it respectfully. I look forward to reading more books from this author in the future.
*Magic Beyond The Covers Book Blog*
Read more
One person found this helpful
Report abuse

Niki
5.0 out of 5 stars Love love love Lexi and Cruz!!
Reviewed in the United States on 12 June 2018
Verified Purchase
This book was amazing! I was waiting for Lexi and Cruz's story. It was worth the wait! A.k. Evans takes a serious sensitive matter and makes it beautiful. Lexi is overcoming one of most the horrible things that could happen to a woman and chooses Cruz to be that person to help her. Cruz is nothing but amazing with her. I really don't want to give too much away but it's awesome book and will pull out all the emotions from you! Can't wait for the next book!
Read more
2 people found this helpful
Report abuse

ebby
5.0 out of 5 stars Engaged
Reviewed in the United States on 11 August 2021
Verified Purchase
I think I enjoyed this book even more than the first. Met more people, and never expected parts. Glad the bad guys were caught by those sexy hunks! And Levi was like a storybook guy. Levi Anand Lexi getting engaged seemed an appropriate ending..... for now?
Read more
Report abuse
See all reviews
Back to top
Get to Know Us
Make Money with Us
Let Us Help You
And don't forget:
© 1996-2021, Amazon.com, Inc. or its affiliates