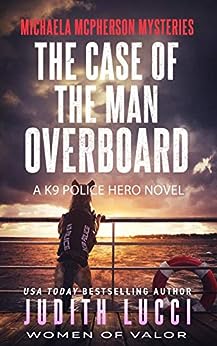 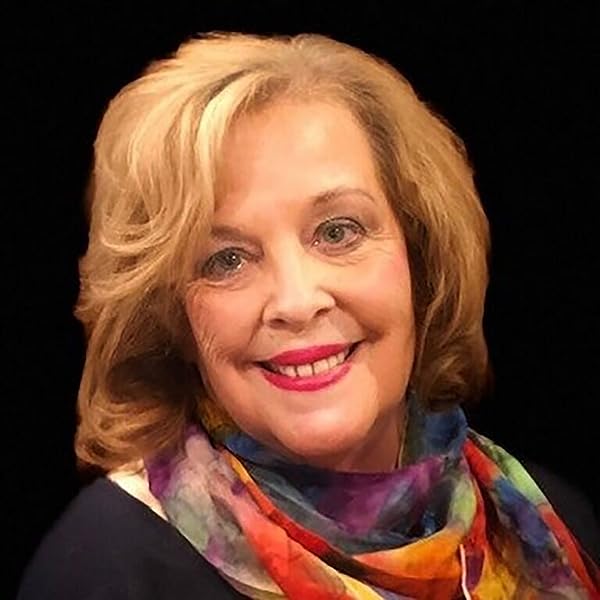 Judith Lucci is an Amazon Best Seller Author who hails from the Commonwealth of Virginia. She holds graduate and doctoral degrees from Virginia Commonwealth University and the University of Virginia. She has been a practicing clinical nurse for over 25 years and is currently a professor of Nursing at a major University in the Southern United States. She is the author of numerous academic and health-related articles and documents. Her Alexandra Destephano series is based on her experiences living and teaching in New Orleans. She is also the author of the Michaela McPherson, Private Eye series. When not teaching or writing, Judith is an avid silk painter and multi-media artist. She divides her time between the mountains of Virginia and the Mississippi Gulf Coast. She welcomes interactions with her fans and can be reached at Judithlucciwrites@gmail.com or www.JudithLucci.com. --This text refers to the paperback edition.

4.5 out of 5 stars
4.5 out of 5
82 global ratings
How are ratings calculated?
To calculate the overall star rating and percentage breakdown by star, we don’t use a simple average. Instead, our system considers things like how recent a review is and if the reviewer bought the item on Amazon. It also analyses reviews to verify trustworthiness.

Kindle Customer
2.0 out of 5 stars Overboard
Reviewed in Australia on 11 May 2019
Verified Purchase
This book had few good points. The story line was good and a lost opportunity. A lot of repetition and I was often left thinking ... would you really talk like that if you were in this dire position. No.
Read more
Helpful
Report abuse

Enrico Grafitti
5.0 out of 5 stars Great Read!
Reviewed in Australia on 24 February 2018
“The Case of the Man Overboard” is the third book in Judith Lucci’s Michaela McPherson crime thriller series and features an interesting premise. How do you commit murder on a cruise ship while at sea and get away with it when there’s nowhere to run? That’s the basic question author Lucci poses, though she uses the narrative to ask some troubling questions about Big Pharma and especially the use of generic medicine in psychiatry. This is far from a run-of-the-mill whodunnit.

Fans of her work will be thrilled not just to see the dynamic trio of Michaela, her friend and mentor Countess Dottie Borghase, and her faithful retired police dog Angel in action again but familiar characters from her New Orleans-based series also pop up in the tale. And what a tale it is!

Old enemies, and one unexpected threat from Mic’s past, reappear and create havoc aboard the cruise ship as it travels through the Mediterranean Sea. Lucci’s deft writing skills quickly turn the idyllic sojourn into a series of deadly events while maintaining an overall sense of oppressive menace and impending doom that will keep readers glued to the page. In my opinion, this is the best in the series so far. Highly recommended.

B Nelson
5.0 out of 5 stars Thrilling!
Reviewed in Australia on 21 February 2018
Fast and exciting followup to the first two books in this thrilling series. "The Case of the Man Overboard (Michaela McPherson Crime Thrillers Book 3)" by Judith Lucci, is a quick read, especially since it's hard to put down. Dottie and Mic are pitted against some real nasty bad guys and once again the author has painted some great characters. I really liked the cruise setting (even though it may not have been an enjoyable cruise for the characters) being on the ship made for a more intense and dramatic story. Like "Dr. Dude" and "Dead Dowager" "Man Overboard" is a page-turner. Loved it! Five stars.
Read more
Helpful
Report abuse

Sibyl Mory
5.0 out of 5 stars INTENSE THRILLER
Reviewed in Australia on 22 February 2018
Dottie and Mic (Michaela) in another thrilling, action-packed caper, this time aboard a cruise ship in the Mediterranean. The concentrated action aboard the restricted confines of a ship adds to the intensity and suspense of the duo's struggle against vicious criminals intent on the worst imaginable horrors. Not to be missed.
Read more
Helpful
Report abuse
See all reviews

Sibyl Mory
5.0 out of 5 stars INTENSE THRILLER
Reviewed in the United Kingdom on 22 February 2018
Verified Purchase
Dottie and Mic (Michaela) in another thrilling, action-packed caper, this time aboard a cruise ship in the Mediterranean. The concentrated action aboard the restricted confines of a ship adds to the intensity and suspense of the duo's struggle against vicious criminals intent on the worst imaginable horrors. Not to be missed.
Read more
Report abuse

snowdrop1941
5.0 out of 5 stars A cruise of death
Reviewed in the United Kingdom on 13 April 2020
Verified Purchase
I liked reading more about Michaela and the feisty Dottie. They are onboard a cruise ship when there is a murder, but why would someone kill when they couldn't flee the scene? I enjoyed the twists and turns that kept me glued to the pages right to the end.
Read more
Report abuse

Rita hill
5.0 out of 5 stars A fantastic read
Reviewed in Canada on 14 January 2020
Verified Purchase
Couldn’t put it down. Read into the wee hours so exciting. Continue the great work look forward to the next book
Read more
Report abuse

Tony Parsons
5.0 out of 5 stars mystery
Reviewed in the United States on 7 May 2019
Verified Purchase
Blake Pharmaceutical was having their convention on board & had paid for all the Dr.’s on board The Regina Mediterranean (Cruise Line luxury flagship).
While having quite a few Vodka drinks Vadim (older man), & Snake (younger man) were conversing & on what Snake had snuck on board.
Countess Dorothy “Dottie” Borghase (82, Italian, wealthy widow aristocrat, co-owner Mediterranean Cruise; Line, former U of Malta Professor) was in the Captain’s private dining room enjoying her tea.

The camera video showed who the killer was. A search was on.
Dr. O’Leary (Catholic) had not showed up for his next talk.
Later a Code Oscar (man overboard) was sounded 3 times.
The Coast Guard & the Italian Water Fleet had been notified.
What did Ms. McPherson (cabin steward) find in # 652 when she was making her rounds?
Captain Wodensen introduced Mic, & Dottie to the security Chief (former Russian military officer).
Senator Bostitch’s body was found hanging upside down in his cabin.

The name of St. Germaine or the Vampire came up.
What was Grady Jones (former Biddy’s busboy) up to?
Would the murderer(s) be caught & brought t justice?

I did not receive any type of compensation for reading & reviewing this book. While I receive free books from publishers & authors, I am under no obligation to write a positive review. Only an honest one.

A very awesome book cover, great font & writing style. A very well written mystery book. It was very easy for me to read/follow from start/finish & never a dull moment. There were no grammar/typo errors, nor any repetitive or out of line sequence sentences. Lots of exciting scenarios, with several twists/turns & a great set of unique characters to keep track of. This could also make another great mystery movie, or better yet a mini TV series. There is no doubt in my mind this is a very easy rating of 5 stars.

E. I. HOOD
4.0 out of 5 stars A very lucky find
Reviewed in the United States on 7 November 2018
Verified Purchase
This is the third book of a four-part series. It is the first I have read but it will not be the last. The acid test of a good series, in my opinion, is where the reader can start at any point and enjoy the books.

The central characters are Michaela (Mic) and Dottie (Countess to you) and Mic’s dog Angel. The rest of the characters in the book are often returns from previous books and interactions. There was enough explanation to let the reader know enough about that person to see why he behaved as he did. Of course, I will have to go back and really get to know those people.

My only criticism is that Dottie and Mic used sarcasm that is hard to be seen in the written word. To bad there isn’t a way to let the reader know without having to go back and reread a phrase to understand what was “really” being communicated. After a while I started to better understand the personalities and didn’t have to backtrack

I will be going back and starting from the begining so I am sure there will be more reviews
Read more
2 people found this helpful
Report abuse
See all reviews
Back to top
Get to Know Us
Make Money with Us
Let Us Help You
And don't forget:
© 1996-2021, Amazon.com, Inc. or its affiliates