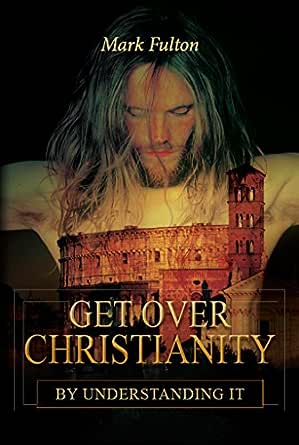 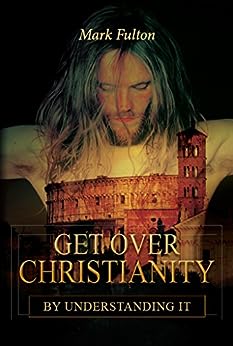 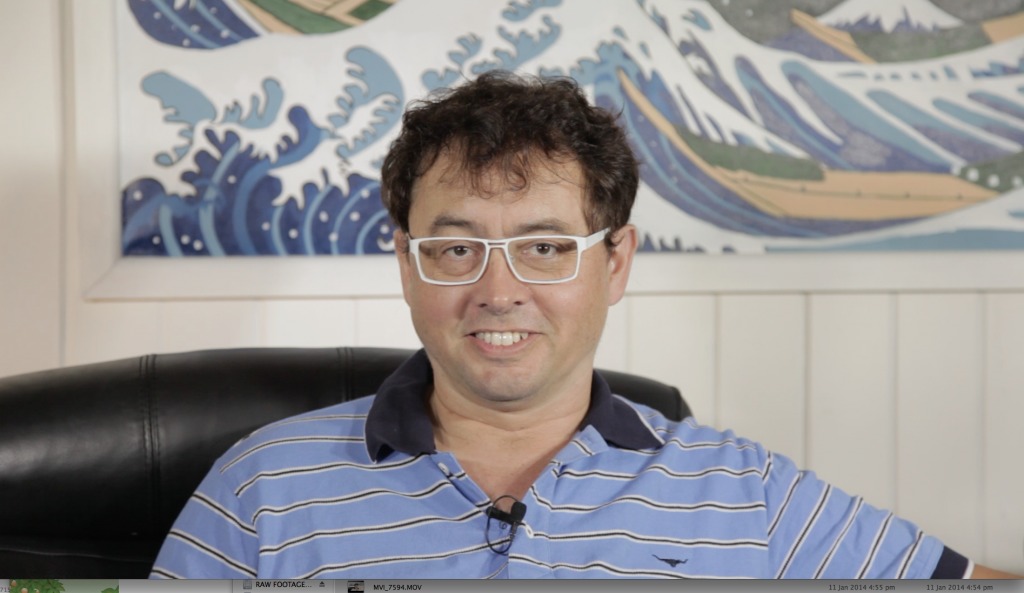 Get Over Christianity by Understanding It Kindle Edition

Frank
4.0 out of 5 stars AT LAST, ANSWERS.
Reviewed in Australia on 8 May 2015
Verified Purchase
Although the book does have many references to historical data to back up Mark's findings, I have been able to follow the storyline quite well.
I have been sceptical about the authenticity of the Catholic Doctrine ever since I was old enough to ask questions to which I never received any credible answers. I was one of many children that were brainwashed into believing fictional stories about GOD.
Therefore Mark's book provided me with factual historical facts that helped me to form my own opinions of Christianity.

Mithra
3.0 out of 5 stars A Challenge to Conventional Christianity.
Reviewed in the United Kingdom on 17 May 2015
Verified Purchase
This book is the fruit of six years study of Christianity on the part of the author. Now a medical practitioner, Dr. Fulton, was born and brought up a Roman Catholic, but at a young age started to question the religion he was being indoctrinated in, and writes of the day he left home at sixteen was also the day he stopped attending church, having had enough of being ordered what to believe and how to behave leaving home as a sixteen year old. It was his experience as a doctor that was to be instrumental in prompting his to undertake in his spare time a serious study of the religion he was born into. This book is the end product of that research.

In writing the book Dr. Fulton has drawn heavily upon the works of numerous scholars, all of which he acknowledges, some more so than others, not that he treats their work uncritically. He also stresses that he writes as a layman. The book is divided into three sections, but readers will find there is some overlapping. The first section investigates the history of the ancient Jews and the origin of the Christian cult. The second, delves into the contents of the bible, while the final is am assessment of present day Christianity, the churches and what the future holds.

It would take far too long to go into the author’s arguments that leads him to conclude that the Christian Jesus is, to use his own words, “a concocted myth!”, whereas Yeshua was historical but with a rather different aim to that which the advocates of the Jesus hypothesis entertain.

I was rather irritated by the author’s constant references to internet sites and the lack of a bibliography. But above all else is the lack of an index. These apart, this is a thoughtful if controversial work that repays study.
Read more
Helpful
Sending feedback...
Thank you for your feedback.
Sorry, we failed to record your vote. Please try again
Report abuse

If Christianity, its organisations and its beliefs, are having any kind of negative impact on your life then I highly recommend this book to you. If you feel Christianity is working fine for you, just be careful that you are not oppressing other's by pushing some aspects of its beliefs. It is likely that Christianity was designed as a religion to subdue the masses by fostering guilt (eg. original sin) and dependency (eg. you can't be saved unless you adopt the belief system of my church).

Where I may differ from the author is the extent to which I feel all entrenched authorities and vested interests (eg. economists are today's high priests of the economy) attempt to use ideology to control people - not just Christianity.
Christianity today does have plenty of competition when it comes to deceiving people. I also think that the author, in his reaction against Christianity, may have bought into another fundamentalism - the reductionist materialist interpretation of science which is the dominant belief system in science today... sometimes called "scientism." (Scientists who attempt to present views outside its beliefs are treated poorly. Google and read about Rupert Sheldrake's TED talk and how it was banned, for one example.)

This is important because many people fall for a false dichotomy - if historical Christianity is false, then scientific materialism is true. It ain't necessarily so! There is still an enormous amount of mystery left in science (eg. how does consciousness interact with matter on the sub-atomic level). However every era tends to think that they have it all worked out and just need to tidy up some details. Our scientific mainstream is equally arrogant (or still stuck in adolescent reaction against the overwhelming authority of the Church in centuries past).

This is relevant and important because if you read this book (which I do recommend) don't let it leave you in locked in a smaller universe of dry materialism. We already get enough influence in that direction from the constant marketing of our consumer society. The exciting journey is to keep renovating your understanding of reality and exploring what is out there and within your own mind... and just perhaps, your spirit.
Read more
One person found this helpful
Helpful
Sending feedback...
Thank you for your feedback.
Sorry, we failed to record your vote. Please try again
Report abuse

Brett Brewer
5.0 out of 5 stars Jesus was a useful tool
Reviewed in the United States on 25 June 2015
Verified Purchase
With a detailed view of what Jesus' time was like, Mark puts you into the world of Jesus' time and reveals the messianic fervor that dominated people's minds back then. He cuts through the propaganda of the gospels and reveals the real story behind the propaganda, he reveals Jesus' true motivation and the extent to which the gospels covered over the truth of Jesus' life so the writers could push their own agenda upon the uneducated masses.
Mark takes you into the world of this insurrectionist and reveals a very plausible explanation of why there were no contemporary written references of Jesus during his lifetime. Some of the peculiarities of the gospels start to make more sense after realizing what the motivations of the early church leaders were.
This book is a great addition to any person's library that is interested in early church history. It is an eye-opening description of how a religion is constructed and later distorted by those with an agenda and how Jesus was merely a means to an end in constructing a religion that is prevalent to this day.
Read more
One person found this helpful
Helpful
Sending feedback...
Thank you for your feedback.
Sorry, we failed to record your vote. Please try again
Report abuse

There is little to add to previous reviewers as most readers will concur with their reviews. If a person has a bible on their bookshelf and their inherent intelligence causes them to challenge their indoctrinated blind faith in implausible tales, this book is the ideal companion volume that will help to understand and accept what Christianity really is, get over it and move on.
Read more
One person found this helpful
Helpful
Sending feedback...
Thank you for your feedback.
Sorry, we failed to record your vote. Please try again
Report abuse

Tom Burke
5.0 out of 5 stars Realistic and factual,
Reviewed in the United States on 5 August 2019
Verified Purchase
After 12 years of catholic school, finally some truth!
Read more
Helpful
Sending feedback...
Thank you for your feedback.
Sorry, we failed to record your vote. Please try again
Report abuse

HUGH Wilbur-Ham
5.0 out of 5 stars "I love the way Fulton places Jesus in a believable historical ...
Reviewed in the United States on 5 April 2015
Verified Purchase
"I love the way Fulton places Jesus in a believable historical perspective. Jesus was not the son of God who died for humanity’s sins, but a fundamentalist Jews who died because he tried to start a war with the Romans. He was crucified for his efforts. Fulton says the Romans then crucified Jesus again by fabricating the stories in the gospels. It is just beautiful and rings so true.
Fulton doesn’t like St Paul. Paul is portrayed as a fabricator of theological nonsense. It’s hard to disagree with Mark. Paul is directly responsible for much negativity about homosexuals and the place of women. Fulton is not the first person to point this out, yet he gets inside Paul’s head in a way that I haven’t considered before. It’s fascinating stuff. The relationship between Paul and the original disciples of Jesus is discussed in much depth, and results in a believable deconstruction of basic Christian tenets. Christians should at least consider these ideas.
Catholics should read this. The history described dismantles the whole basis of their religion. Parents wondering whether to send their children to Christian schools should also read it. Fulton questions whether it is in Children’s interests to be taught religion.

The history is well explained and backs up his conclusions.
Read more
One person found this helpful
Helpful
Sending feedback...
Thank you for your feedback.
Sorry, we failed to record your vote. Please try again
Report abuse

Leslie Wessels
5.0 out of 5 stars A must read for those seeking the truth
Reviewed in the United States on 12 April 2015
Verified Purchase
This book is a cracker. Fulton explains that Jesus was most likely a fundamentalist Jew who knew nothing of Christianity. His discussion of St Paul is very eye opening. He really does dismantle the whole Christian agenda and exposes it for what it is.
My knowledge of ancient Jewish and Roman history has been greatly enhanced. I now have an appreciation of how the ancient Roman government used literature and other propaganda to control people. I am amazed that this information is not known amongst Christians.
Any Christians who reads this book will start questioning the very basis of their faith, and rightly so.
Fulton also draws on his medical experience to discuss the psychological problems that Christian beliefs so often inflict on innocent people. So not only is the very basis of Christianity questioned, but so too is the validity of its practice in the modern world.
I loved the fact there were so many links to interesting documentaries.
Highly recommended.
Read more
Helpful
Sending feedback...
Thank you for your feedback.
Sorry, we failed to record your vote. Please try again
Report abuse
Load more international reviews