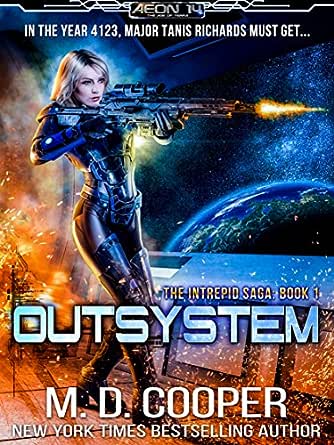 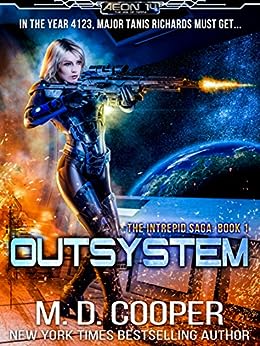 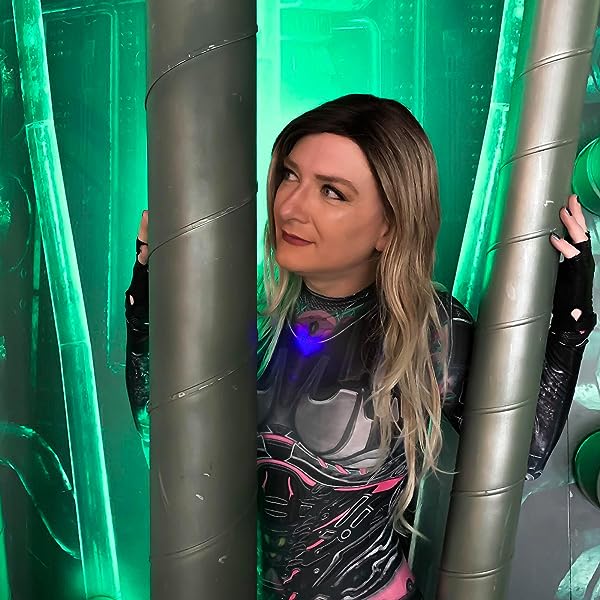 "Very well written. . . . kept me on the edge of my seat. . . . I greatly enjoyed the way the plot intertwined with the details because it let me visualize the battles and moments." ---Divine Books

In 4123, the greatest colony ship ever built is leaving the Sol System.

... and Major Tanis Richards has secured a berth.

Demoted by the military and hung out to dry, the media calls Tanis the Butcher of Toro. But despite her soiled record, she's still one of the best military counterinsurgency officers in the Terran Space Force.

Her background and skill are what cause the colony leaders to bring Tanis on, assigning her the task of stopping the terrorists who are attempting to destroy the colony ship during the final phases of its construction at the Mars Outer Shipyards.

Getting the job done will be her ticket out of the Sol System, but Tanis discovers she is up against more than terrorists, mercenaries, and assassins. Major corporations and governments have a vested interest in ensuring that the Intrepid never leaves Sol, ultimately pitting Tanis against factions inside her own military.

With few friends left, Tanis will need to fight for her life to get outsystem.

Reading Order
The Aeon 14 universe is vast and growing quickly. To help you know where to go next, pick up the handy dandy FREE READING GUIDE: amazon.com/dp/B07863Y55R

About M. D. Cooper & Aeon 14
M. D. Cooper is a New York Times bestselling author who has envisioned a rich future for humanity,one where planet-sized megastructures house trillions of humans, but traveling between thestars still takes decades, or even centuries.

Fans of Ringworld, Honor Harrington, The Expanse, or Elizabeth Moon's Vatta's Warwill feel right at home in this, the first book of the Intrepid Saga, and the opening to the world of Aeon 14.

Over the course of the next few years, M. D. Cooper plans to release an additional twenty-two books in this expandinguniverse. sp get on board the Intrepid with Tanis and see what the stars hold for us.

What is Aeon 14?
The universe of Aeon 14 is based on the premise that advanced, intelligent, starfaring life takes 14 billion years toevolve. In astronomy an aeon is a billion years. In Aeon 14, humanity is at the leading edge of this evolution inthe Milky Way Galaxy.

Humanity and the AIs they have created spread out amongst the stars and find that they are alone, though it maynot always be that way....
See all Product description

Gareth Banks
5.0 out of 5 stars Great introduction to a great series.
8 April 2018
Format: Kindle EditionVerified Purchase
My initial thoughts when first reading this were: Really enjoyed this story, which surprised me being a kindle unlimited book. Action packed, but doesn't feel gratuitous, and kept wanting to just read a little bit more. Not sure how hard the science is in the book, but seems very plausible at least, and interesting possible view of the future in the 4000s, and I think the lengths of travel between systems seem quite plausible. I look forward to reading more!

Since then have reread a few times now, as well as the later books. I have since exited kindle unlimited, as found the quality a bit too variable, but this is one series I have subsequently bought, as is up their with my all time favorite series such as Lord of the Rings, Pratchett's Discworld, Feist's Midkemia. Have also read more of background information, finding it is intended to be hard science, which does come across, and I have actually learnt a bit more about science through reading the books, such as around primordial black holes, left handed vs right handed biology.

Altogether a great book and a great introduction to a great series :)
Read more
One person found this helpful
Helpful
Comment Report abuse

Justin
5.0 out of 5 stars Excitement Galore
26 May 2018
Format: Kindle EditionVerified Purchase
This is some of the best sci-fi action I’ve read in a while. It contains, but is not limited to, human and AI blending, awesome cybernetic enhancements, sabotage, action, adventure, assassination attempts, space battles, hacking, destruction, general mayhem, political intrigue and, a heroine who is determined to overcome everything that is thrown her way to ensure the Intrepid colony ship departs for its destination on time. All of this is served up in doses that keep it interesting from the start until the conclusion. If you like sci-fi, this is for you. Enough said, I’m off to read the next book in the series!
Read more
One person found this helpful
Helpful
Comment Report abuse

Wallace Hill
5.0 out of 5 stars Amazing read.
23 May 2018
Format: Kindle EditionVerified Purchase
Has to be the most action packed book I have ever read, full of heroes you loved and villains you hated. The main characters were very believable, the weapons and technology amazing. Will be recommending this to all I know who love this genre can't wait to read the next book.
Read more
Helpful
Comment Report abuse

Daleaus
TOP 1000 REVIEWER
4.0 out of 5 stars Good solid sci fi
22 February 2017
Format: Kindle EditionVerified Purchase
Good solidcstory. Strong characters. The hero does seem to have too many tricks to be someone you see as vulnerable and this can remove the tension from the book. Maybe she needs less tricks and more saving occasionally.
Read more
Helpful
Comment Report abuse

Tessa
TOP 50 REVIEWER
5.0 out of 5 stars Wow! Brilliant! Fantastic!
7 February 2017
Format: Kindle Edition
Major Tanis Richards is my new heroine! She's a brilliant tactician working for MICI (Military Intelligence and Counterinsurgency) the hardest, toughest soldiers in Intelligence. She was demoted from Lieutenant Colonel to Major after a dispute in which she had to make some harsh decisions, which led to her being named the Butcher of Toro by the media.
She now finds herself in charge of security for a new colonizing ship which is not yet complete and is beset with problems that may stem from sabotage.
The story is fast paced and the use of AI intriguing.
This is science fiction at it's best. The only complaint I have is that it ends in a cliff hanger! It didn't need that to encourage me to get the next book! A real 5 star read!
Really great for all ages!
Read more
Helpful
Comment Report abuse

Go to Amazon.com to see all 308 reviews 4.4 out of 5 stars
Get FREE delivery with Amazon Prime
Prime members enjoy FREE Delivery and exclusive access to movies, TV shows, music, Kindle e-books, Twitch Prime, and more.
> Get Started
Back to top
Get to Know Us
Make Money with Us
Let Us Help You
And don't forget:
© 1996-2020, Amazon.com, Inc. or its affiliates