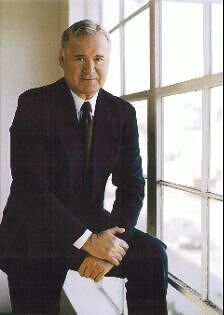 by Robert K Tanenbaum (Author)
4.6 out of 5 stars 66 ratings
See all formats and editions
Sorry, there was a problem loading this page. Try again.

"Butch Karp is the best fictional prosecuting attorney in literature. . . . Tanenbaum is a phenomenal attorney and a remarkable storyteller: It is almost unfair to the rest of us. . . . Outrage grabs you at the outset and astonishes at each page . . . Riveting."
--#1 New York Times bestselling author Mark Lane

Robert K. Tanenbaum is the author of thirty-two books--twenty-nine novels and three nonfiction books: Badge of the Assassin, the true account of his investigation and trials of self-proclaimed members of the Black Liberation Army who assassinated two NYPD police officers; The Piano Teacher: The True Story of a Psychotic Killer; and Echoes of My Soul, the true story of a shocking double murder that resulted in the DA exonerating an innocent man while searching for the real killer. The case was cited by Supreme Court Chief Justice Earl Warren in the famous Miranda decision. He is one of the most successful prosecuting attorneys, having never lost a felony trial and convicting hundreds of violent criminals. He was a special prosecution consultant on the Hillside strangler case in Los Angeles and defended Amy Grossberg in her sensationalized baby death case. He was Assistant District Attorney in New York County in the office of legendary District Attorney Frank Hogan, where he ran the Homicide Bureau, served as Chief of the Criminal Courts, and was in charge of the DA's legal staff training program. He served as Deputy Chief counsel for the Congressional Committee investigation into the assassinations of President John F. Kennedy and the Rev. Dr. Martin Luther King, Jr. He also served two terms as mayor of Beverly Hills and taught Advanced Criminal Procedure for four years at Boalt Hall School of Law, University of California, Berkeley, and has conducted continuing legal education (CLE) seminars for practicing lawyers in California, New York, and Pennsylvania. Born in Brooklyn, New York, Tanenbaum attended the University of California at Berkeley on a basketball scholarship, where he earned a B.A. He received his law degree (J.D.) from Boalt Hall School of Law at the University of California, Berkeley. Visit RobertKTanenbaumBooks.com.
Tell the Publisher!
I’d like to read this book on Kindle

4.6 out of 5 stars
4.6 out of 5
66 global ratings
How are ratings calculated?
To calculate the overall star rating and percentage breakdown by star, we don’t use a simple average. Instead, our system considers things like how recent a review is and if the reviewer bought the item on Amazon. It also analyses reviews to verify trustworthiness.

Lisa Lewis
5.0 out of 5 stars Page Turner
Reviewed in the United States on 8 March 2021
Verified Purchase
Intelligent, suspenseful and with quirky as well as straight arrow characters you can admire and care what happens to. Tanenbaum is great with dialogue, plot development, character development and classical novel structure. Never disappoints
Read more
Report abuse

Gareth H Bond
5.0 out of 5 stars Another great Tanenbaum book!
Reviewed in the United States on 5 January 2014
Verified Purchase
As one of my favorite authors, RT and his terrific characters wind another tense and complicated story involving the outer limits of investigation (Ciampi) and detailed lawyer preparation (Karp) into a perfected ending utilizing the many skilled players in this cast. An interesting and page-turning read.
Read more
Report abuse

Sam Butler
5.0 out of 5 stars Five Stars
Reviewed in the United States on 8 October 2017
Verified Purchase
Love this one as much as all the others in the series!
Read more
Report abuse
See all reviews
Back to top
Get to Know Us
Make Money with Us
Let Us Help You
And don't forget:
© 1996-2021, Amazon.com, Inc. or its affiliates