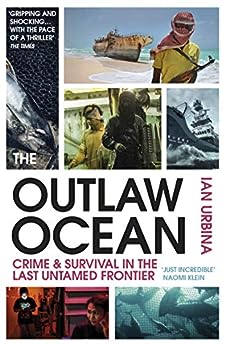 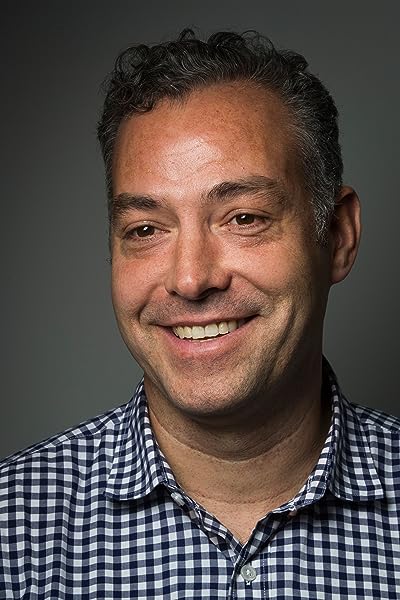 The Outlaw Ocean: Crime and Survival in the Last Untamed Frontier Kindle Edition

Urbina has written an astonishing book about a world most of us don't even know exists. These are dispatches from the lawless ocean - of traffickers, slaves, heroes, gangsters, crooks and scoundrels - which will amaze, enthral and appal you -- Oliver Bullough, author of Moneyland

A riveting, terrifying, thrilling story of a netherworld that few people know about, and fewer will ever see. As Ian Urbina ventures into the darkest folds of the high seas, his courage―and his prose―are breathtaking' SUSAN CASEY, author of The Wave -- Susan Casey, author of The Wave

Transcendent, rendering a complex portrait of an unseen and disturbing world. Urbina pursues a depth of reportage that’s rare because of the guts and diligence it requires ... The result is not just a fascinating read, but a truly important document. It is also a master class in journalism" New York Times ― New York Times

Revelatory … there is no lack of danger in Urbina’s travels; impressively, he never shies away from it … gripping … this drama is riveting, but so is the endemic abuse Urbina finds … if you want to be a crook, there is no better place to do it than at sea … the laxness of enforcement makes Urbina’s investigations essential -- Rose George ― New Statesman

You simply have to read this -- Karen Tumulty ― Washington Post

A riveting, adrenalin-fuelled tour of the unbridled extremes of human behaviour and activity in that vast, lawless and rampantly criminal world that few have ever seen- the high seas. --This text refers to the paperback edition.

IAN URBINA is a reporter for The New York Times and has degrees in history from Georgetown and the University of Chicago. His writings, which range from domestic and foreign policy to commentary on everyday life, have appeared in the Los Angeles Times, The Guardian, and Harper's. He lives in Washington, D.C., with his family. --This text refers to an out of print or unavailable edition of this title.
Read more

4.5 out of 5 stars
4.5 out of 5
470 global ratings
How are ratings calculated?
To calculate the overall star rating and percentage breakdown by star, we don’t use a simple average. Instead, our system considers things like how recent a review is and if the reviewer bought the item on Amazon. It also analyses reviews to verify trustworthiness.

Sparrow
4.0 out of 5 stars It's a new world
Reviewed in Australia on 26 October 2019
Verified Purchase
Interesting even though the amount of detail is a little overwhelming.56 million stories is hard to fit into one book, however overall I did enjoy my first audio book.
Read more
Helpful
Report abuse

David Contreras
5.0 out of 5 stars I’m never eating fish again.
Reviewed in Australia on 4 January 2021
Verified Purchase
🐟🐠🎣🎏🐳🐋incredible story! Thanks for opening my eyes to all the craziness that happens in the void of the ocean. Recommended!
Read more
Helpful
Report abuse

Saint Quentin
5.0 out of 5 stars The Outlaws in “The Outlaw Ocean”.
Reviewed in Australia on 4 February 2021
Verified Purchase
Ian Urbina has written an easily-readable narrative on a subject of world-wide importance. Thoroughly researched and expertly explained, it is an absorbing story of human failure to respect and protect the earth’s greatest asset. Regrettably, little will change as a result of his untiring work but, hopefully, more of the younger generation in our world will take up the cudgel to right the wrongs, and ignorance, of our so-called past masters. Well done, IU.
Read more
Helpful
Report abuse
See all reviews

Aidan J. McQuade
5.0 out of 5 stars An outstanding and unsettling work of sustained investigative journalism
Reviewed in the United Kingdom on 24 February 2021
Verified Purchase
The Outlaw Ocean is based on a celebrated series of articles that Ian Urbina wrote for the New York Times on the struggles for human rights and environmental standards in the vast lawless expanses of the world’s seas.

It is an impressive achievement, but also a deeply depressing one. As well as the continuing butchery of the planet’s whales, Urbina catalogues the environmental devastation of bottom trawling, the damage caused by the oil and gas industries, the risks arising from the destruction, “bleaching”, of the world’s corals, and the routine and brutal enslavement of seafarers, particularly fishermen, on the world’s ships and boats.

There are some heartening descriptions of the work of activists, such as those of Stella Maris or Sea Shepherd, who strive to bring some measure of humanity to this brutal realm, and there are exciting descriptions of some of their operations. But, appositely enough, all these seem like drops in the ocean such is the scale of the both environmental and human rights challenges.

Nevertheless, Urbina’s impressive work is an appalling indictment of this human rights and environmental carnage at sea that the world is collectively turning a blind eye to.

Jules
5.0 out of 5 stars A riveting read
Reviewed in the United Kingdom on 29 December 2020
Verified Purchase
Fascinating, gripping, eye-opening and disturbing.

This collection of insights into the lawlessness and abuse which is rife on the high seas is engagingly written and really brings its various subjects to life.

Covering piracy, theft, slavery and much, much more, the author took his life into his hands to bring these stories to life - and reports them so vividly you can almost taste the salt water.

Bisto Kid
5.0 out of 5 stars Well written episodes of real-life illegal fishing - a very engaging read
Reviewed in the United Kingdom on 23 September 2019
Verified Purchase
Informative, unbiased observations from a guy who's not afraid to get involved in the chase. It show the weakness of international maritime law together with the inability (or inaction) of developed countries to understand the scale of this worldwide illegal fishing problem.
Read more
Report abuse

Mr P J M Doherty
5.0 out of 5 stars A story of giant greed and ruthless piracy taking place NOW.
Reviewed in the United Kingdom on 17 October 2019
Verified Purchase
An essential read if you want to know what actually happens when fishing boats are out of sight.
It must be read.
Read more
Report abuse

Tony mills
5.0 out of 5 stars Frightening read
Reviewed in the United Kingdom on 12 December 2019
Verified Purchase
A very frightening read gives a small insight into how we abuse our seas and oceans everyone should read it!!
Read more
Report abuse
See all reviews
Back to top
Get to Know Us
Make Money with Us
Let Us Help You
And don't forget:
© 1996-2021, Amazon.com, Inc. or its affiliates