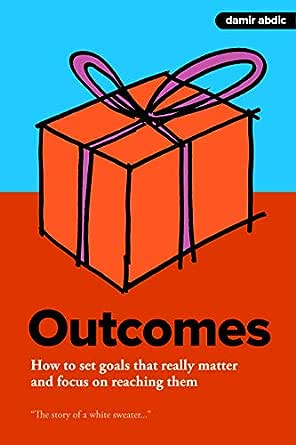 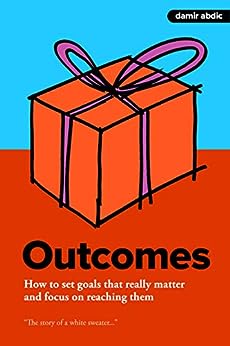 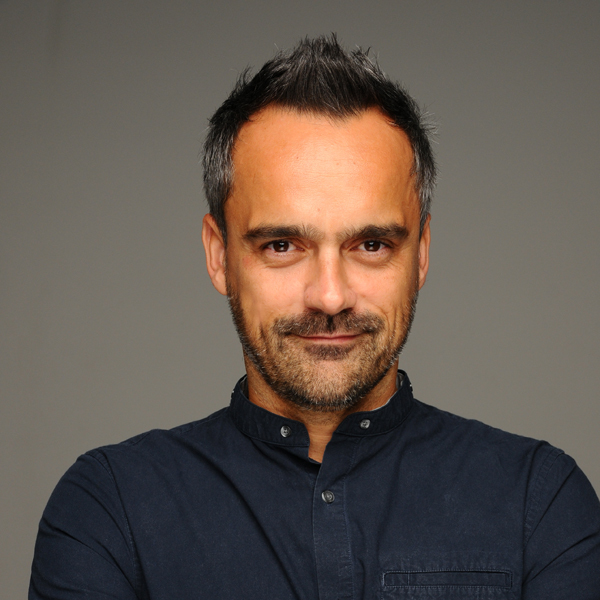 Outcomes: How to set goals that really matter and focus on reaching them Kindle Edition

I was born 1976 in Tuzla, Yugoslavia. The fact that I was born in the 70s made me lucky enough to enjoy the most prosperous time of “Juga” as we called it. Sports, economy and culture were thriving. Yet, when I turned 15 the country I was born in disappeared, leaving me with Bosnia, which was only a sixth of a land that I loved. Soon after that, the life I had had also disappeared as the war in Bosnia started. Like most of the kids at the time, I finished my high school under shelling.

Right after high school I fled Bosnia and came to Munich as a refugee; one who could only say two words in German: “Nachrichten” (news) and “Scheiße” (I'll let you guess at that one). But those words turned out to be quite powerful. I was able to say “Nachrichten Scheiße!” which was not grammatically correct, but came in handy at the time. Coming to Germany was a big deal to me. I can recall standing in a Karstadt department store in Munich Schwabing seriously considering buying a pair of Nikes that cost 100 DM (German marks). After all, I had arrived to Germany with 120 DM in my pocket, and I still had 110 DM left, I reasoned. During the years under siege in Tuzla, sneakers, among other things from the very bottom of the pyramid of needs, were scarce.

My aunts Seka Alma and Tetka Dina, who already lived in Munich, helped me start, but life was difficult. My first job was lugging sacks of potatoes in the local grocery. The job was waiting outside in the rain and snow for the vegetable truck to arrive and unloading it before the bakery truck arrived at 7:00 AM. Very quickly, however, I made the biggest and most important career step of my life – I was promoted to work at the cash register!!! Thanks to my new job I gained some time to reflect on my life.

I never felt like a foreigner in Germany. It turned out that Germans listened to the same music, watched the same movies and read the same books. Because I wanted to have a rich life again and because I had majored in math, I “designed” an equation:

The first value of X was speaking German. While selling potatoes I got a chance to try out the new words that I learned in the evening. After nine months of speaking and practicing I made it through the exams: math, physics, chemistry and German and got accepted at Technische Universität Munich to study architecture, which was my next value of X. My studies helped me make my first German friends, who are still my closest, twenty-five years later. Yet, for a long time I regretted studying architecture, because I changed my perspective so often. Every time I thought: "If only I had studied this, instead of that.” I regretted it until I realized that the dual view of design and engineering that you acquire as an architect was the enabler for the continuous change. I worked as an architect, interior designer, virtual reality modeler, yacht designer, UX & UI designer, 3D artist, CAD instructor, startup founder, software developer, business analyst, agile coach and strategy consultant. Meanwhile, my life got much better so I altered my equation to:

I have spent my whole life with thinking like this and made it through good and bad times by setting myself new outcomes, reflecting on where I was and constantly feeding the X.

Now I want to share this equation with you on these pages; I would like you to enjoy them like a piece of music, reading them from the beginning to the very end. I imagine you putting this book aside and reflecting on what is really important to you, both in your work and personal life. I want to help you set goals that really matter, categorize them and choose the right technique to reach them. I imagine you trying things out first, allowing failure to happen, reflecting and making sure that you have goals worth your time. I want to encourage you to meet the deadlines and think big while marching in small steps.

But first, I want to tell you a story.
click to open popover

Amazon Customer
5.0 out of 5 stars Enjoyable reading. Great perspective on reaching goals!
15 December 2019 - Published on Amazon.com
Verified Purchase
Fun reading. Setting goals for our next phase of life.
Read more
Go to Amazon.com to see all 1 reviews 5.0 out of 5 stars
Get FREE delivery with Amazon Prime
Prime members enjoy FREE Delivery and exclusive access to movies, TV shows, music, Kindle e-books, Twitch Prime, and more.
> Get Started
Back to top
Get to Know Us
Make Money with Us
Let Us Help You
And don't forget:
© 1996-2020, Amazon.com, Inc. or its affiliates