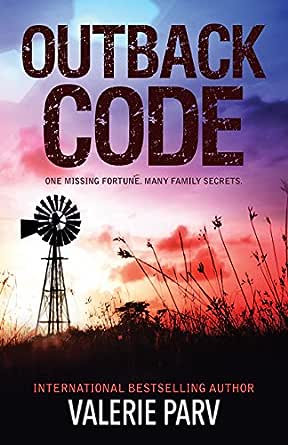 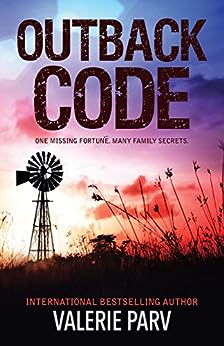 To escape an arranged marriage, Princess Shara Najran fled the Australian Outback. Her plan: Expose her fiancé's plot against the king. But Shara hadn't counted on rugged ranger Tom McCullough.

Tom knew he was no Prince Charming. Still, one taste of Shara's soft lips and he was in over his head. He could never let her marry a man who would hurt her. Yet the dark secrets in his past ensured she could never marry him.

Journalist Jo Francis suspected that someone was out to sabotage her survival assignment. She enlisted Blake Stirton's aid. She quickly tired of his me–Tarzan–you–Jo attitude, but she doubted she'd ever weary of the desire he stirred within her.

Crocodile hunter Blake Stirton should have sent the sultry reporter back to the big city, yet one look at her and Blake knew he couldn't leave her to fend for herself, especially after he learned she was the key to finding his family's long–lost fortune.

Fiery–tempered Ryan Smith had been the most difficult of Judy Logan's foster brothers – and the most riveting. Because with one heated glance, she'd known his interest in her was anything but brotherly. Then he ran away...leaving her adolescent heart shattered.
Now all grown up and sexier than ever, Ryan was playing hero in Judy's hour of need. She knew he would help stop the men who wanted her farm foreclosed and her father dead – just as she knew he would leave once the situation was handled. So why were his strong arms and tantalising kisses more tempting than ever?

Selling 28 million books in 26 languages, Valerie is a master of arts and author of 3 how to write books, www.valerieparv.com
click to open popover