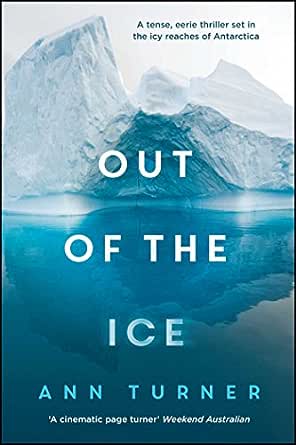 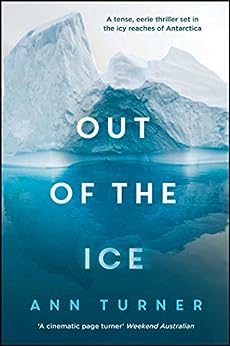 Out of the Ice Kindle Edition

`We had pins and needles trying to unravel the truth throughout Turner's crisply written, cleverly plotted tale of deceit' -- iBooks Editor `Ann Turner has produced a vivid, suspenseful thriller that should appeal to those with a taste for armchair travel' * Sydney Morning Herald * 'A taut and tightly wound page-turner' * Marie Claire * --This text refers to an alternate kindle_edition edition.

Ann Turner is an award-winning screenwriter and director, avid reader, and history lover. She is drawn to salt-sprayed coasts, luminous landscapes, and the people who inhabit them all over the world. She is a passion­ate gardener. Her films include the historical feature Celia, starring Rebecca Smart—which Time Out listed as one of the fifty greatest direc­torial debuts of all time; Hammers Over the Anvil, starring Russell Crowe and Charlotte Rampling; and the psychological thriller Irresistible starring Susan Sarandon, Sam Neill, and Emily Blunt. Ann has lectured in film at the Victorian College of the Arts. Returning to her first love, the written word, in her debut novel The Lost Swimmer, Ann explores themes of love, trust, and the dark side of relationships. Her second novel, Out of the Ice, a mystery thriller set in Antarctica, was published to great acclaim in Australia and will be available in the United States in 2018. Ann was born in Adelaide and lives in Victoria. Visit Ann’s website at AnnTurnerAuthor.com. --This text refers to an alternate kindle_edition edition.