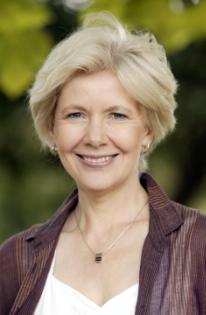 The Other Side of the Bridge Hardcover – 14 September 2006

by Mary Lawson (Author)
4.5 out of 5 stars 963 ratings
See all formats and editions
Sorry, there was a problem loading this page. Try again.
Read more Read less
Previous page
Next page

"Lawson's gifts are enormous, especially her ability to write a literary work in a popular style. Her dialogue has perfect pitch, yet I've never read anyone better at articulating silence. Best of all, Lawson creates the most quotable images in Canadian literature." --"Toronto Star""I could not put it down, but perhaps better to say that I could not let it go or that it would not let me go . . . Lawson transported me into a place that I know does not exist by taking me deep down into the story of a family whose fate is inexorable and universal. Her reality became mine." --"Globe and Mail" "One of the most eagerly awaited books of the autumn season. . . . The prologue draws you in, as does the novel, which is consistently well-written, involving and enjoyable to read. . . . Achingly real, known, [Arthur's] inner life, with all its shifts in understanding, emotion, perception and conflicted impulses, is rendered with compelling force in concise, supple prose." --"Ottawa Citizen" "[Lawson] returns to several of the themes that marked her brilliantly successful first novel, Crow Lake. . . . Lawson's cornucopia of novelistic gifts, even more bounteously on display in her second book, includes handsome, satisfying sentences, vivid descriptions of physical work and landscape and an almost fiendish efficiency in building the feeling that something very bad is about to happen." --"National Post" "An accomplished successor to [Crow Lake]. . . . With her cast of engaging characters, Lawson subtly but surely builds the dramatic tension toward a climax that changes the lives of both the Dunn and Christopherson families. Lawson's story is a coming-of-age tale for two generationsof young men, a community and a country." --"Quill & Quire" "There's something timid yet masterful in Lawson's writing. She neither wastes nor wallows. Her characters do not so much develop as blossom into themselves, one petal after another. . . . This is a book you will be driven to share with friends." --"Gazette" (Montreal) "A devastating story . . . about pushing fate and dealing with the consequences. The main characters of Arthur and Ian are expertly drawn." --"London Free Press" "From the Hardcover edition."

A powerful, heartbreaking story about tempting fate and living with the consequences, set like Lawson's magical Crow Lake in the far north of Canada but with a magnificently broader reach.

Mary Lawson's first novel, Crow Lake, was admired by critics and adored by readers all over the world; translated into 19 languages and published in 21 countries, it was a New York Times bestseller and spent 75 weeks on the bestseller lists in her native Canada. She was born and brought up in a farming community in Ontario, a distant relative of L. M. Montgomery, author of Anne of Green Gables. Lawson came to England in 1968, is married with two grown-up sons and lives in Kingston-upon-Thames. Her acclaimed first novel was chosen by You magazine for its Reading Group and won the McKitterick Prize.
Read more
Start reading The Other Side of the Bridge on your Kindle in under a minute.

4.5 out of 5 stars
4.5 out of 5
963 global ratings
How are ratings calculated?
To calculate the overall star rating and percentage breakdown by star, we don’t use a simple average. Instead, our system considers things like how recent a review is and if the reviewer bought the item on Amazon. It also analyses reviews to verify trustworthiness.

Bob Howe
5.0 out of 5 stars Lives well lead
Reviewed in Australia on 2 July 2021
Verified Purchase
As usual, good characterisation is essential to me when reading and you do get to know these people well.
Two stories blending and moving together made this a really good book with a lot to think about. Highly recommended
Read more
Helpful
Report abuse

Daisy
4.0 out of 5 stars One to recommend.
Reviewed in Australia on 1 August 2021
Verified Purchase
The second book I have read by this author, bought because I enjoyed the first so much and this novel did not disappoint. Very evocative of Northern Canada, it has some predictable plot twists but as a modern Cain And Abel story, held me gripped till the very end.
Read more
Helpful
Report abuse

Client d'Amazon
4.0 out of 5 stars Wonderful descriptions of Canadian landscapes
Reviewed in the United Kingdom on 13 December 2020
Verified Purchase
This book has more depth than "Crow Lake" however it has similar themes: 2 brothers condemned by early tragedy to live by either escaping or hunkering down. You could see the plot twists coming. One part is narrated through the voice of the young doctor's son: the other is a recounting of the past and what led to the brothers Arthur and Jake behaving as they do. I found the character of Jake hard to credit. Adored by his mother and indulged his character is selfish and almost evil. I think the characterisations of both brothers could have been more developed and less shown as architypal extremes. The older story is gripping but the newer one is better drawn in some ways.
Read more
2 people found this helpful
Report abuse

Pauline Butcher Bird
4.0 out of 5 stars The wild Canadian landscape wins it for me
Reviewed in the United Kingdom on 2 November 2017
Verified Purchase
The Canadian landscape - flat, unforgiving farmland dissected by rivers, lakes and forests - is the setting for this novel and seems to infect everyone with placid personalities because it is not until the final pages that anyone displays anger or violence.

We follow the lives of two brothers, Arthur and Jake, one 'good', one 'bad', from childhood to old age, through the eyes of a local doctor's son, Ian. Their stories are wonderfully interwoven and we see how for each generation it’s the same love-sex-and-survival story, over and over. Anne Tyler's Dinner at the Homesick Restaurant is similar except here we don't know until the very end which of the two brothers will win Laura's love.

I liked the two sub-plots: one when German prisoners of war are brought over to camps in Canada and put to work, two of them on Arthur's farm; and second, with Arthur's friend, Pete, an Indian who lives and works on the Ojibway reserve, fishing. My first Mary Mobbs book. I will read another.
Freak Out!: My Life With Frank Zappa
Read more
6 people found this helpful
Report abuse

Vesuvio
5.0 out of 5 stars Beautiful and emotional read
Reviewed in the United Kingdom on 3 October 2016
Verified Purchase
I discovered this book and this author by accident while looking for information about life in rural Canada - and I'm so pleased I did. The book has two intertwined storylines – one is told from the point of view of Ian, a young boy infatuated by a young married woman and the other, starting twenty years earlier tells of stolid reliable Arthur and his younger, cleverer more handsome brother. The two tales come together when Ian takes a job working for Arthur on his farm.
There were elements of the story that were reminiscent of the Go Between. Ian and Arthur are both sympathetic characters. Ian lives with his sad and lonely father after his mother has fled the family home with one of Ian's teachers. The book is a beautiful evocation of the boy's coming of age and the way he comes to terms with his feelings about his parents, his own future and his feelings for the woman he is besotted with.
The setting in an isolated lakeside community in Northern Ontario is beautifully described.
All in all this is a superb and moving novel and I will definitely be reading more of Mary Lawson. Highly recommended.
Read more
5 people found this helpful
Report abuse

Bluecashmere.
5.0 out of 5 stars Engrossing. Beautifully written. Full of insights.
Reviewed in the United Kingdom on 25 November 2015
Verified Purchase
I came to this novel after so much enjoying “Crow Lake”. It is not going to appeal to those in search of sensationalism or those who lack the patience for a meticulously worked out story, whose characters develop slowly as the plot progresses. I found it beautifully written, the shifts in time most skilfully handled, genuinely adding to our understanding of the world in which these characters have their being.

We are taken inside a hard and bleak world, but with its own charms and beauty. Lawson is adept in showing us how this world forges the nature of those who are born into it and the challenges it presents to those who move there from city life. We see those who cannot escape fast enough and those who in spite of themselves cannot elude the pull of this community. Then there are those like Arthur Dunn one cannot imagine in any other context. Family life has its challenges in any society. Here the additional dimension of northern Canada adds ingredients that help to make this such an absorbing novel Highly recommended.
Read more
8 people found this helpful
Report abuse

Countrymouse
5.0 out of 5 stars Fantastic and totally gripping
Reviewed in the United Kingdom on 12 July 2018
Verified Purchase
I've just romped through all 3 of the Mary Lawson/ Mary Mobbs stories about Struan and Crow Lake, three separate but interconnected stories. I've had Crow Lake on my bookshelf for years and had only just got around to reading it - I tend to read books on my Kindle now, rather than 'real' books, however I have a whole bookcase of books I will re-read and don't want to give away, and ones I want to read but haven't yet. All 3 are just marvellous, totally engrossing dramas about people who are so well drawn they feel real. I just wish Mary Lawson would write a 4th book in the series!!
Read more
One person found this helpful
Report abuse
See all reviews
Back to top
Get to Know Us
Make Money with Us
Let Us Help You
And don't forget:
© 1996-2021, Amazon.com, Inc. or its affiliates