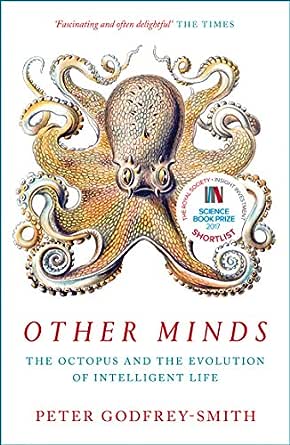 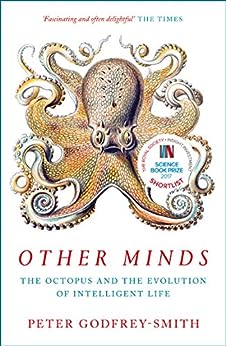 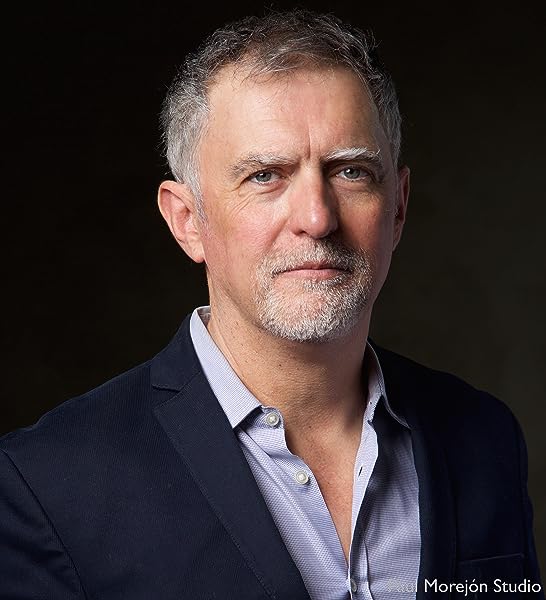 Other Minds: The Octopus and the Evolution of Intelligent Life Kindle Edition

Praise for Other Minds:

‘The beauty of Godfrey-Smith’s book lies in the clarity of his writing; his empathy, if you will. He takes us through those early stirrings in the seas of deep time, from bacteria that sense light and can taste, to cnidarian jellyfish, the first organisms to exhibit nervous systems, which he describes wonderfully.’ Philip Hoare, Guardian

‘Fascinating and often delightful … This book ingeniously blends philosophy and science to trace the epic journey from single-celled organisms of 3.8 billion years ago to the awakening and development of cephalopod consciousness.’ The Times

‘In Other Minds, Peter Godfrey-Smith, a philosopher, skilfully combines science, philosophy and his experiences of swimming among these tentacled beasts to illuminate the origin and nature of consciousness.’ The Economist

‘A delight on so many levels’ Dive magazine

‘To investigate these astonishing animals with such empathy and rigour is achievement enough. To do so while casting light on the birth and nature of consciousness, as Peter Godfrey-Smith does here, is captivating.’ China Miéville, author of Kraken

‘I love this book, its masterful blend of natural history, philosophy, and wonder … It’s a captivating story, and Peter Godfrey-Smith brings it alive in vivid, elegant prose … A must-read for anyone interested in the evolution of the mind – ours and the very other, but equally sentient, minds of the cephalopods.’ Jennifer Ackerman, author of The Genius of Birds

‘Fascinating and often delightful’ The Times

What if intelligent life on Earth evolved not once, but twice? The octopus is the closest we will come to meeting an intelligent alien. What can we learn from the encounter?

In Other Minds, Peter Godfrey-Smith, a distinguished philosopher of science and a skilled scuba diver, tells a bold new story of how nature became aware of itself – a story that largely occurs in the ocean, where animals first appeared.

Tracking the mind’s fitful development from unruly clumps of seaborne cells to the first evolved nervous systems in ancient relatives of jellyfish, he explores the incredible evolutionary journey of the cephalopods, which began as inconspicuous molluscs who would later abandon their shells to rise above the ocean floor, searching for prey and acquiring the greater intelligence needed to do so – a journey completely independent from the route that mammals and birds would later take.

But what kind of intelligence do cephalopods possess? How did the octopus, a solitary creature with little social life, become so smart? What is it like to have eight tentacles that are so packed with neurons that they virtually ‘think for themselves’? By tracing the question of inner life back to its roots and comparing human beings with our most remarkable animal relatives, Godfrey-Smith casts crucial new light on the octopus mind – and on our own.

Truth Devour
TOP 1000 REVIEWER
4.0 out of 5 stars The Land of Octopolis
27 July 2019
Format: Kindle EditionVerified Purchase
What fascinating creatures they are. I love that in lab conditions they have the tenacity to escape whenever they have a chance.

It's far more ethical & valuable to observe them in their own habitat. I enjoyed hearing about the insights that were gained by watching them in Octopolis.

Dr T
4.0 out of 5 stars Other Minds
21 May 2017
Format: Kindle EditionVerified Purchase
A great read about a being of astounding otherness that I have been fascinated by during underwater encounters. A worthwhile read.
Read more
One person found this helpful
Helpful
Comment Report abuse
There are 2 customer reviews and 3 customer ratings.
See all 2 customer reviews
Write a customer review

Shevek
4.0 out of 5 stars Not conclusive it meanders however
15 September 2018 - Published on Amazon.com
Format: Kindle EditionVerified Purchase
It is a book that brings your attention. As a diver myself I found that we had the same interests: octopuses look really smart... it wanders a bit sometimes you do not get where it goes and as the author admits at the end, he had many reasons to write the book: like his love for the sea and its creatures and octopuses and cuttlefish and squids in particular. The last sentence of the book “diving into the ocean it is getting into our past” made a lot of sense to me...
Read more
One person found this helpful

Elisabeth Carey
4.0 out of 5 stars Fascinating look at very different minds than ours
20 August 2018 - Published on Amazon.com
We generally consider mammals and birds to be the smartest creatures on Earth. It's not unreasonable; that includes us and crows.

But an entirely different branch of life on this planet also shows surprising intelligence--the cephalopods, including octopuses, cuttlefish, and squid. Their line and ours (that is, the vertebrates) separated hundreds of million years ago. Even our eyes and theirs evolved separately. Most of them live less than five years. They don't appear to be very social.

Yet they have large and complex central nervous systems. Organized very differently from ours, but large and complex nevertheless. They show many signs of being intelligent, curious, and inventive. But why should an octopus that lives only two years, apparently isn't social beyond breeding once, and broods her eggs but dies when they hatch and certainly doesn't raise them, evolve such a complex nervous system and apparent intelligence? What are those expensive resources for?

Godfrey-Smith gives us a really interesting exploration of this question, including tales of his own and others' direct experiences with cuttlefish and octopuses in their home environments, not just in labs. (Though they do some pretty darned interesting things in labs, too.) His own experiences with a cuttlefish, at the end of its breeding season and thus nearing the end of its life, are fascinating.

There is also a lot of exploration here of what consciousness is, how it evolved, and what it really does--for us, and perhaps for cephalopods.

All in all, an absorbing book, grounded in science, and exploring some fascinating territory and ideas.

I bought this audiobook.


Read more
2 people found this helpful
Go to Amazon.com to see all 3 reviews 4.0 out of 5 stars
Get FREE delivery with Amazon Prime
Prime members enjoy FREE Delivery and exclusive access to movies, TV shows, music, Kindle e-books, Twitch Prime, and more.
> Get Started
Back to top
Get to Know Us
Make Money with Us
Let Us Help You
And don't forget:
© 1996-2020, Amazon.com, Inc. or its affiliates