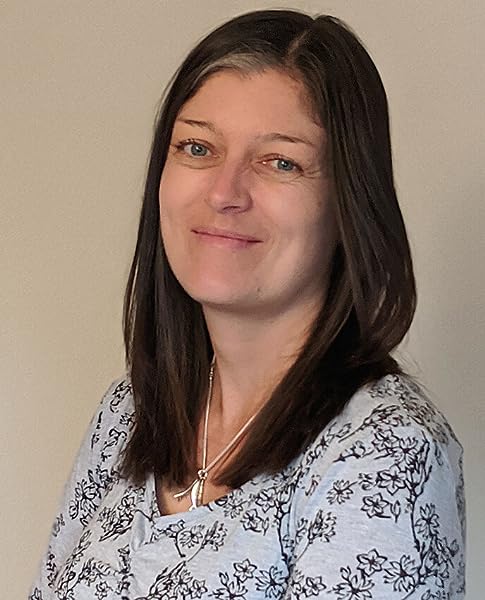 Start reading The Other Daughter on your Kindle in under a minute.

‘A fresh, original, passionate and page-turning story about women’s choices and past secrets that demands to be read’  -- Rachel Hore, author of The Love Child

'Well written and pacy. Full of gorgeous scenery, emotion and SUCH fascinating stuff about women's rights through the decades' -- Tracy Rees, author of The House at Silvermoor

'A tightly plotted and absorbing tale of one woman's journey to uncover the secrets of her birth. It beautifully fuses the personal and the political in its exploration of motherhood and women's rights, as Jess tries to reconcile herself to her own choices, and the choices made by those who came before her'
-- Beth Morrey, author of Saving Missy

'Fascinating and fast-paced, The Other Daughter had me hooked from the start. A timely reminder of how hard it is to succeed in a man's world’
-- Rosanna Ley, author of From Venice with Love

‘A fascinating and beautifully told exploration of women’s rights and one woman’s fight to uncover the secrets of her birth. The Other Daughter is a stunning debut I loved it' -- Clare Empson, author of Mine

‘I couldn’t put it down. I felt totally drawn into the story and invested in the characters. It took me into areas of Swiss history that I knew nothing about, but I felt like I was living it with the characters, not being given a history lesson. It’s also the most beautiful portrait of mother-daughter relationships’  -- Caroline Scott, author of The Photographer of the Lost

Caroline Bishop began her journalism career at a small arts magazine in London, after a brief spell in educational publishing. She soon moved to work for a leading London theatre website, for which she reviewed shows and interviewed major acting and directing stars. Caroline turned freelance in 2012 and a year later moved to Switzerland, where her writing veered towards travel and she has contributed to publications including the Guardian, the Independent, the Telegraph and BBC Travel, writing mainly about Switzerland, and co-wrote the 2019 edition of the DK Eyewitness Guide to Switzerland. For two years Caroline was editor of TheLocal.ch, an English-language Swiss news site, and it was during this time that she became fascinated with aspects of Swiss history and culture, particularly the evolution of women's rights.

Lilac Hell
5.0 out of 5 stars Loved it
Reviewed in the United Kingdom on 1 March 2021
Verified Purchase
Thoroughly enjoyed this novel. The switching between eras - 1976 and 2016 - was deftly done, great characters and I loved the way the issues were woven throughout showing how much things have changed, yet how much they've stayed the same. At first I was just enjoying the ride, and the beautiful depiction of Switzerland, plus the evocation of Fleet Street in the 70s and that legendary summer, but then I really got hooked in to the story and the mystery and the plight of the main characters. Caroline Bishop is one to watch, can't wait for her next novel!
Read more
One person found this helpful
Report abuse

LC6
5.0 out of 5 stars A book that hits all the right notes for 2021
Reviewed in the United Kingdom on 10 April 2021
Verified Purchase
I just finished this captivating novel and think it is worthy of all the praise here! It’s a fascinating storyline, with enough twists to keep the reader guessing. I loved the parallel plots through two generations. It explores the big issues, women’s rights, gender equality, working motherhood, fertility, divorce, child abuse but manages to do so it a way that never feels heavy or oppressive. The description of the Swiss scenery makes me long for travel to see the mountains. Please let us be able to travel soon!

There is another very well received book set in Switzerland doing the rounds at the moment, I read the two back to back and The Other Daughter is the one I’ll be recommending!

PJG
5.0 out of 5 stars Such an interesting story
Reviewed in the United Kingdom on 21 April 2021
Verified Purchase
Prior to reading this novel I had no idea about the women's rights movment in Switzerland. The novel is split between two points of view from different eras, but the conclusion of this didn't work out as I predicted, which made the narrative more interesting and compelling. Although the novel reveals the hidden secrets of a relationship, the protagonists also learn much about themselves through their own personal journeys . A cleverly and beautifully written work, with such attention to detail and sensitivley conveyed. I would highly recommend this novel.
Read more
Report abuse

Liv H
5.0 out of 5 stars Wonderful read
Reviewed in the United Kingdom on 5 April 2021
Verified Purchase
I finished this book last night and I LOVED it. it resonated SO much with what it is to be mother and have a career and the author addressed so many issues and differing opinions so sensitively and tied it all up in such a brilliant plot. I had NO idea about that history of Switzerland - one thinks of it being such a forward thinking country and the 70s feels so recent. A great book and incredibly written
Read more
Report abuse

Mrs K Scott
5.0 out of 5 stars Great story
Reviewed in the United Kingdom on 7 March 2021
Verified Purchase
I loved this book. It is a great story to lose yourself in, particularly during these trying times, and I found it hard to put down. Lots of interesting detail about Switzerland and the Swiss culture beyond the mountain, cuckoo clock and chocolate image. Despite living in France and visiting Switzerland several times, it enlightened me. It was interesting to learn about the struggle for equality and shocking to realise how recently women gained the vote there. I liked the way the story was told both from Jessica’s perspective in 2016 and her mother’s story in 1976 and the threads eventually come together in a great ending. A very enjoyable story.
Read more
Report abuse
See all reviews
Back to top
Get to Know Us
Make Money with Us
Let Us Help You
And don't forget:
© 1996-2021, Amazon.com, Inc. or its affiliates