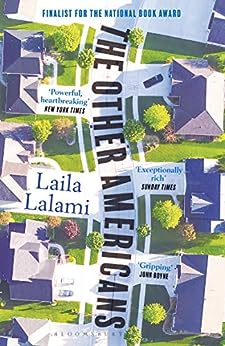 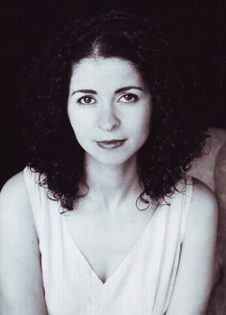 The Other Americans Kindle Edition

by Laila Lalami (Author) Format: Kindle Edition
See all formats and editions
Sorry, there was a problem loading this page. Try again.
Finalist for the National Book Award 2019

An Observer, Literary Review and Time Book of the Year

'One of the most affecting novels I have read. Subtle, wise and full of humanity' The Times

Late one spring night, Driss Guerraoui, a Moroccan immigrant in California, is walking across a darkened intersection when he is killed by a speeding car. The repercussions of his death bring together a diverse cast of characters, deeply divided by race, religion and class. As the characters tell their stories and the mystery unfolds, Driss's family is forced to confront its secrets, a town faces its hypocrisies, and love, in all its messy and unpredictable forms, is born.

'Confirms Lalami's reputation as one of our most sensitive interrogators, probing at the faultlines in family and the wider world' Financial Times

From the Pulitzer Prize finalist and Booker Prize-longlisted author of The Moor's Account, a timely and powerful novel about the suspicious death of a Moroccan immigrant that is at once a family saga, a murder mystery and a love story. --This text refers to the hardcover edition.

This deftly constructed account of a crime and its consequences shows up, in its quiet way, the pressures under which ordinary Americans have labored since the events of 9/11 -- J.M. Coetzee

The Other Americans is one of the most affecting novels I have read about race and immigration post 9/11. It's a novel that reaches beyond its immediate setting to illuminate more universal themes of loss, alienation and betrayal. Subtle, wise and full of humanity, The Other Americans deserves a wide audience ― The Times

A family saga with the suspense of a mystery and, finally, the satisfying resolution of a thriller ― Spectator

A rich and mysterious family saga by a Pulitzer Prize-nominated author who always delivers magnificent prose. This story about the death of a Moroccan immigrant explodes into a compelling tale of love, family, race and heartache. Absolutely wonderful -- Elizabeth Gilbert

A powerful novel of intolerance and compassion, resilience and weakness, love and loss, populated by flawed but sympathetic characters whose lives are rocked by actions and emotions beyond their control ― Economist

Rich, polyphonic ... Accumulates a kind of revelatory power, setting aside top-down commentary in favour of side-by-side juxtaposition, a narrative style that ultimately functions as a plea for more listening ― Observer

A moving and exceptionally rich portrait of a modern American community, one that is much more far-reaching than just a saga of immigration ― Sunday Times

Confirms Lalami's reputation as one of the most sensitive interrogators, probing at the faultlines in family and the wider world ― Financial Times

In gentle and stylish prose, Lalami gives us a picture of life as a Muslim immigrant in the USA, a glimpse of the trauma suffered by veterans of war in the Middle East and an account of family stresses familiar in all cultures and countries. It is a most impressive novel ― Literary Review

A wonderfully constructed novel, like a musical piece made up of many voices -- Tim Pears

A provocative and gripping novel by a gifted writer -- John Boyne, author of 'A Ladder to the Sky' and 'The Boy in the Striped Pyjamas'

I'm going to make a prediction, which is dangerous I know, but nonetheless. I predict The Other Americans is going to create a literary storm. Near enough to faultless, this book is a poignant exploration of grief, love, racism and jealousy that will undoubtedly rank as one of the best books of 2019 ― Good Reading Magazine

Lalami packs sibling rivalry, a crime investigation, a love story and family secrets into her propulsive plotline . A masterful and intimate polyphonic narrative -- Ten books to read in 2019 ― BBC

A strong successor to her Pulitzer-nominated The Moor's Account, The Other Americans is a study of race in the wake of the War on Terror intertwined deftly with a love story and the dissection of a family dynamic, in which every character, like the young Moroccan acrobats, contributes an essential part of the whole ― The Herald

This may be even better than The Moor's Account . The Other Americans is a combination mystery, love story and literary exploration of immigrants in America -- Nicholas Kristoff ― New York Times

Lalami is in thrilling command of her narrative gifts, reminding readers why The Moor's Account was a Pulitzer finalist . Lalami expertly mines an American penchant for rendering the 'other' ― Kirkus Reviews

A story with extraordinary power. The Moor's Account is more than a good story, it's a great one: rich, vivid and gripping; a thoughtful investigation into how we frame the narratives of our own lives -- Praise for 'The Moor's Account' ― Guardian

Brilliantly imagined -- Praise for 'The Moor's Account' ― Salman Rushdie --This text refers to the hardcover edition.

Laila Lalami is the author of three successful novels including The Moor's Account, which was a finalist for the Pulitzer Prize, longlisted for the Man Booker Prize and won the American Book Award. She has written for publications including the Guardian and the New York Times, and is the recipient of a British Council Fellowship, a Fulbright Fellowship and a Guggenheim Fellowship. She lives in Los Angeles.

Laila Lalami was born in Rabat and educated in Morocco, Great Britain, and the United States. She the author of four novels, including 'The Moor’s Account', which won the American Book Award and was a finalist for the Pulitzer Prize, and 'The Other Americans', which was a Los Angeles Times bestseller and a finalist for the National Book Award. Her essays and criticism have appeared in The Nation, Harper’s, the Washington Post, and the New York Times. She has received fellowships from the British Council, the Fulbright Program, and the Guggenheim Foundation and is currently a professor of creative writing at the University of California at Riverside. She lives in Los Angeles.

4.3 out of 5 stars
4.3 out of 5
841 global ratings
How are ratings calculated?
To calculate the overall star rating and percentage breakdown by star, we don’t use a simple average. Instead, our system considers things like how recent a review is and if the reviewer bought the item on Amazon. It also analyses reviews to verify trustworthiness.

BookWorm
5.0 out of 5 stars Very skilfully written story of ordinary people
Reviewed in the United Kingdom on 23 March 2021
Verified Purchase
It's not easy to write about ordinary people in a way that is gripping and entertaining and still plausible. Not every author can do it. Laila Lalami proves that she is one who can with this touching and well paced story of people in a desert town in the USA. The story opens with the death of Driss Guerraoui, a Moroccan-American killed in a hit and run outside his restaurant. It follows a host of characters touched by his death - his family, the police investigating his death, the neighbouring business owners, and the man who witnessed the accident but is afraid to come forwards.

Whilst the death and the investigation into it act as a frame for the story, driving along the plot, bringing structure and a reason for the story to be told, there is much more to be found here. Narrated in short chapters by the various viewpoint characters, we learn their backstories and their current life situations. We get a good variety of different people, almost all of whom are likeable and sympathetic. It's one of those books that reminds you there are many good people in the world, along with a few bad guys.

Immigration and racism are of topics, but these are not the only focus of the story. There's an interesting subplot about an Iraq war veteran trying to deal with his anger issues, a rather sweet love story between two former school friends, a mother's worries about her son fitting in after moving from the big city, and the difficult but well intentioned relationship between Driss' daughter Nora and her mother. Lots of ordinary situations that millions of ordinary people face, written about in a way that makes them fascinating and insightful. This mixture of different subplots and themes keeps the book fresh and varied whilst still being a believable story.

It's only when considering it to write this review that I can really appreciate just how skilful this book is - Lalami makes it seem effortless. It's unshowy and unpretentious. But start to think about why it works so well and you begin to appreciate her skill in weaving together these multiple threads, in handling such a range of different voices with authenticity, managing the pacing in a way that keeps it gripping, and how she uses the accident and its aftermath to give structure to a book that's character driven.

Lalami is a really talented writer and I hope we'll get many more novels from her. If you haven't tried her other novels, do seek them out - she has a diverse range of topics and settings and they are all really well done.

ece
5.0 out of 5 stars Best book ever!
Reviewed in the United Kingdom on 15 March 2020
Verified Purchase
Really enjoyed reading this book, excellent balance of mystery, romance and insight into how family adjusts to life in America
Read more
Report abuse

john david
5.0 out of 5 stars Character development outstanding.
Reviewed in Canada on 9 May 2019
Verified Purchase
Given all the attention paid to immigration in the USA this book portrays new immigrants and or their families in a positive way and the story in interesting and believable. A very very good read.
Read more
Report abuse

S. Yacoubi
5.0 out of 5 stars Amazing and touching story.
Reviewed in France on 25 June 2019
Verified Purchase
Thoughts and feeling stimulating. Useful and pleasant read.
Read more
Report abuse
See all reviews
Back to top
Get to Know Us
Make Money with Us
Let Us Help You
And don't forget:
© 1996-2021, Amazon.com, Inc. or its affiliates