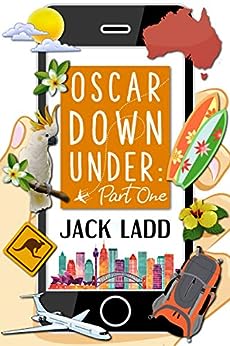 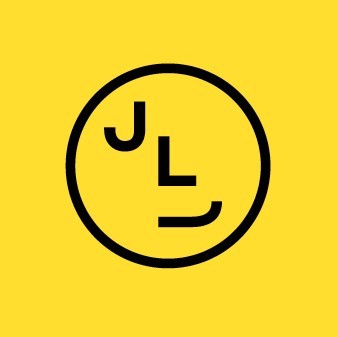 Oscar Down Under: Part One Kindle Edition

Andrew Baietta
5.0 out of 5 stars Steamy!
Reviewed in Australia on 7 October 2017
Verified Purchase
Steamy fun reading. Highly recommend this book to anyone fumbling through the dating and gay life. Love up and coming authors that seem to channel my experiences! Thanks Jack.
Read more
Helpful
Report abuse

CWRGBY
5.0 out of 5 stars Blimey. Didn't expect that!
Reviewed in the United Kingdom on 29 September 2017
Verified Purchase
Wow.. to say this is a good book is an understatement. I don't normally read this type of book, as I'm more a good biography or puzzle book type reader. But after finishing this first book in the series - I've suddenly developed an overwhelming urge to go abroad and be spit roasted by strangers. Who knew! Not for the faint hearted, but genuinely heart warming (I love the bit where he goes to the place and does that thing) Jack Ladd has created a strong, promising start to an intriguing sexy series. His style of writing and the way he's crafted the story are really impressive! I've put the phone on silent, poured myself a stiff drink and started on the next one! I've even bought it for a girlfriend of mine, who's recently been dumped and well, lets just say its been a while. To all potential buyers - do NOT be hesitant when considering purchasing this story. Buy it, read it, LOVE it!
Read more
Report abuse

JMLitten
5.0 out of 5 stars A Rare Sexy Treat.
Reviewed in the United Kingdom on 19 February 2019
Verified Purchase
I am not a reader of erotica usually, but the imagery, sensual description, momentary escapes from reality into something wonderfully abstract, only to be pulled back firmly into an orgasm-inducing sex scene- left me begging for more.
I was gripped throughout.
Punchy sentences that hit without warning and subtle movements of the characters that put you in the mood even before they know that they are- a sip of coffee, a description of eggs. all perfectly timed.
All round, amazing.
Read more
Report abuse

Morgan Griffiths
5.0 out of 5 stars Five Stars
Reviewed in the United Kingdom on 10 September 2017
Verified Purchase
I thoroughly enjoyed this book. I can't wait for the others!
Read more
Report abuse

Jared A. Rowe
5.0 out of 5 stars Oscar's journey continues...
Reviewed in the United States on 4 April 2020
Verified Purchase
"Oscar Down Under" continues Oscar's quest to find more adventures in the art of using people to get what he wants. He's no longer a teenager; in fact the story starts as his thirty-something self, then most is told in flashback. It works really well, because we get a glimpse into the somewhat more complete, mature person he is. Now it's Oscar who is the older one in a blooming new relationship, and he's waiting for his younger potential boyfriend to decide if that's what he wants to be: someone's boyfriend. We're then transported back to a young twenty-something Oscar who appears to have learned nothing after his destructive relationship in the first book.

How Oscar manages to insinuate his twink-ish, cute and sexy self into the life of an older, thirty-something potential conquest makes for a wild ride. Without going into plot detail, he manages to get infatuated by David, who he thought would be just another Grindr whirl. The two are attracted to each other, though David seems a bit stuffy for Oscar's taste. Within a week, Oscar has manipulated his way into a one-way trip to Australia, where he plans on finally building a new life. He loves everything he sees about life in Australia, and he immediately goes into overdrive to see how best he can everything, and more.

The story and the characters are all very strong and real. We once again are more prone to like Oscar, despite the fact that he once again sees a golden chance and morphs into his search and destroy mode, and God help anyone who gets in his way. He knows how to turn on the charm and charisma, and he's so irresistable that we let him have his way. There's a lot of surprises in store, and Oscar manages to ignore several things until he can't fool himself anymore. (His sexual romps are as hot as ever, in case anyone was wondering.)

"Oscar Down Under" is a fuller story now, because he's got more experiences in his resume. If you liked "Oscar", you'll love him down under. He's still a brat, but we know why his lack of love in his life damaged him, so we don't mind too much. Again, there are some surprises, and this book feels more mature and satisfying because of that. If there's a lesson to be learned by Oscar, it's "be careful what you wish for."
Read more
Report abuse
See all reviews
Back to top
Get to Know Us
Make Money with Us
Let Us Help You
And don't forget:
© 1996-2021, Amazon.com, Inc. or its affiliates