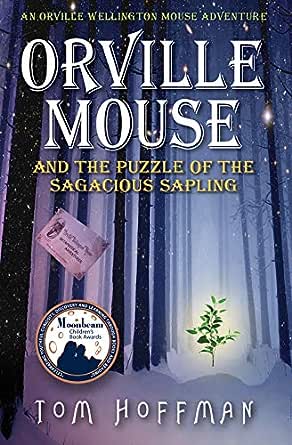 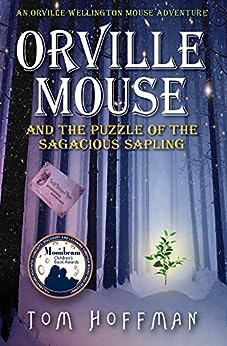 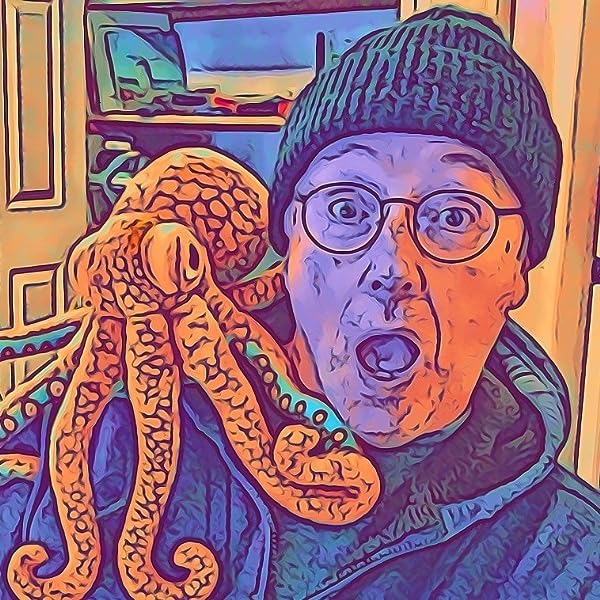 Tom Hoffman received a B.S. in psychology from Georgetown University in 1972 and a B.A. in 1980 from the now-defunct Oregon College of Art. He has lived in Alaska with his wife since 1973. They have two adult children and two adorable grandchildren. Tom has been a graphic designer and artist for over 35 years. Redirecting his imagination from art to writing, he wrote his first novel, The Eleventh Ring, at age 63. --This text refers to the paperback edition.

Chelsey McQuitty
5.0 out of 5 stars A fantastic series, superb ending
Reviewed in the United States on 21 May 2018
Verified Purchase
I’m sad to see this series go as it is such an original and exciting story. Of course, this book definitely helped to end the series on a strong note. The writing was phenomenal as always and you can’t help but enjoy every moment you spend with the main character and his friends. I really think the author put his all into this book though as it seemed to have more passion than the previous four. You will fall in love with the entrancing details and amazing new worlds that this author spins in his stories, especially if you are a huge sci fan. I can’t get enough of his characters either. I wish I had more of their stories to look forward to, but will certainly revisit them from time to time. This is a great book for anyone getting into scifi too. You’ll quickly be wrapped into the world that is represented by humanistic animals.
Read more
One person found this helpful
Helpful
Sending feedback...
Thank you for your feedback.
Sorry, we failed to record your vote. Please try again
Report abuse

Grady Harp
5.0 out of 5 stars “Relax, you can’t get hurt in a dream, remember? This is really interesting, maybe your best dream yet.”
Reviewed in the United States on 25 April 2018
Verified Purchase
Alaska author Tom Hoffman comes to young adult (+/- children’s) literature with a degree in psychology from Georgetown University and a BA in Oregon College of Art. Tom’s career has embraced being an artist, a graphic designer, and now an imaginative writer. His previous books are the trilogy -THE ELEVENTH RING, THE THIRTEENTH MONK, and THE ELEVENTH MEDALION. He now concludes his series – the ORVILLE WELLINGTON MOUSE series, of which this is Book 5.

Tom takes a chance with this book, stepping into science fiction using animals as characters, and it works very well indeed. One of the reasons the story hangs together so well is his well-considered anthropomorphic stance of his characters. Without stooping to the cuteness of today’s high money making films of animated stories, Tom keeps his level of sophistication very high indeed. His prose is luminous and makes the pleasure of reading the story all the more satisfying – adults can enjoy this book as well as teens, and for teens it presents a fine adventure tale in the language of sophistication that hopefully will replace the current acronym mode of communication fostered by the Internet and media!

For example, Tom opens his story thus: “Orville studied the wintry night sky above Muridaan Falls, his eyes on the myriad of glittering stars peeking through formless gray clouds, legions of crystalline snowflakes drifting silently down from the heavens. “So beautiful, it’s hard to tell where the stars end and the snow begins, almost like the stars are falling from the sky. This is a good dream. I’m standing in two feet of snow in the middle of winter and I’m toasty warm.” He pressed on through the heavy blanket of new-fallen snow. “It’s so much easier to walk through dream snow than real snow. I’ve come at least a mile and I’m not even out of breath.” Orville brushed the soft snow from his ears as he scanned the shimmering white forest. “It’s really coming down, and the wind is picking up. I’m still nice and warm though.” He squinted, peering through swirling clouds of white, his eyes focused on a tiny green speck deep in the forest. “That’s weird, there’s something green back there, the color of budding leaves in the spring. Why would I be dreaming about spring leaves in a big crazy snowstorm? I should go check it out, it’s probably important. Sophia always says I should pay attention to the details in my dreams.” “Maybe you’re just tired of winter.” Orville gave a start, his head whipping around at the sound of this unexpected, but very familiar voice. His best friend Sophia was walking next to him. He realized he was holding her paw.’

But on to the story, in a tight synopsis form: ‘Orville's terrifying dream of being cooked in a stewpot by ferocious purple birds marks the beginning of an extraordinary quest to prevent Muridaan Falls from disappearing into the past. In the midst of the worst winter storm in memory, Orville and Sophia must discover the connection between two ancient Mintarian rings, a gold pocket watch that runs backwards, and an extraordinary tree that Orville claims to have seen. Orville, Sophia, and Proto journey to the unsettling Plane of Turris where a startling truth is revealed, redirecting the intrepid Metaphysical Adventurers to the sweltering prehistoric jungle world of Ferus. With help from Science Guild Master Lybis, mysterious Madam Molly, the enigmatic Watcher, ferocious Captain Beaky, amazing Amanda Mouse, the angry ghost of Captain Ryle, and Squeaky the RoboPup, they must stop the Great Thaumatarian Time Wave before Muridaan Falls becomes history.’

Titillating? Yes, and all the more so as the reader becomes involved in this highly imaginative interplanetary sci-fi little tale written in polished sophisticated prose. This is a very successful series. Grady Harp, April 18

V.E.
5.0 out of 5 stars ... Wellington Mouse Book 5) by Tom Hoffman is another great example of writing by this author
Reviewed in the United States on 3 May 2018
Verified Purchase
Orville Mouse and the Puzzle of the Sagacious Sapling (Orville Wellington Mouse Book 5) by Tom Hoffman is another great example of writing by this author, and unfortunately the last in the series. If you have been fortunate enough to read the previous books, you understand how wonderful they are, if not, you are in for a treat. Orville the Mouse and his girlfriend/friend Sophia go on plenty of interesting adventures, spanning time and space. That they are mice is irrelevant, they have such unique and human qualities, you get right into their characters. These are sweet,charming, and curious mice, always looking to learn more, and expand their horizons. Sophia is always encouraging Orville to deeply explore his dreams, as they have meaning beyond the dream realm. With the opening pages, and Orville entrenched in a rather scary dream, the author convincingly sets the tone for what is to follow. Another exciting adventure awaits the pair along with Proto, their intrepid friend. Not your usual science fiction, but one filled with action, metaphysics, high tech, and the bonds of friendship, this book is not to be missed, highly recommend.
Read more
Helpful
Sending feedback...
Thank you for your feedback.
Sorry, we failed to record your vote. Please try again
Report abuse

Marcia
5.0 out of 5 stars Wonderful story that works perfectly as a stand-alone book
Reviewed in the United States on 7 May 2018
Verified Purchase
This is my first book from this series and I was highly impressed with the quality of the writing so I’m going to get the entire series. Even though this is the last one from the series, we can perfectly read it as a stand-alone.
Tom Hoffman offers a great book filled with adventures where we can follow Orville and Sophia. Despite they are mice, they share a lot of human traits. It’s a great book about perseverance, facing our fears and the power of friendship. You know that you’re in for a treat when you can’t stop thinking about reading it. The characters are a delight: strong, working great together, each complementing the other. The story offers a good pace and is so much fun to follow the puzzle and waiting for what comes next. I’m really excited about having other 4 books to read, so I’m not saying goodbye to these characters anytime soon.
Read more
Helpful
Sending feedback...
Thank you for your feedback.
Sorry, we failed to record your vote. Please try again
Report abuse

Nora Gainey
5.0 out of 5 stars Another great one
Reviewed in the United States on 28 April 2019
Verified Purchase
I always feel good reading Tom Hoffman and I end up thinking differently because he challenges me with a book that walks down that different path.
Read more
One person found this helpful
Helpful
Sending feedback...
Thank you for your feedback.
Sorry, we failed to record your vote. Please try again
Report abuse