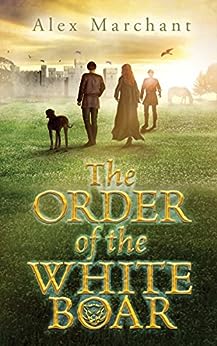 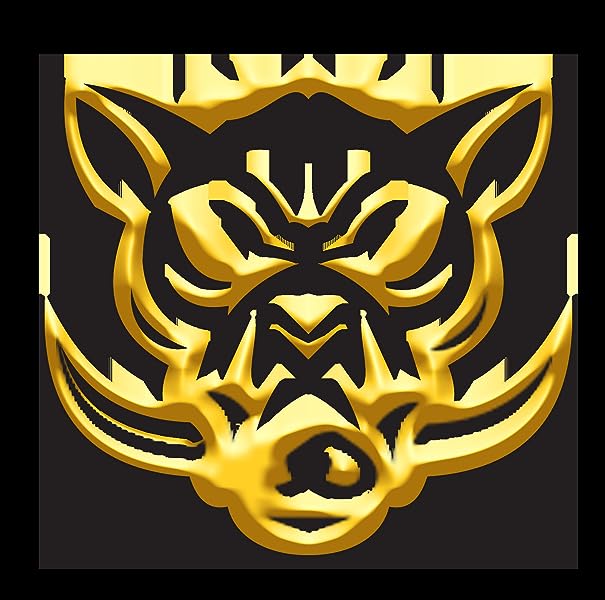 The Order of the White Boar Kindle Edition

A Ricardian since a teenager, and following stints as an archaeologist and in publishing, Alex now lives and works in King Richard's own country, not far from his beloved York and Middleham. Much of this book was 'seen' and 'heard' while striding over the nearby heather-clad moors with a loyal hound, 'rescued' in the golden summer of 2012 and named, indecisively but Olympically, Milli Mo Ennis Ohuruogu Murray - Milli for short. --This text refers to the paperback edition.

4.9 out of 5 stars
4.9 out of 5
48 global ratings
How are ratings calculated?
To calculate the overall star rating and percentage breakdown by star, we don’t use a simple average. Instead, our system considers things like how recent a review is and if the reviewer bought the item on Amazon. It also analyses reviews to verify trustworthiness.

Jo
5.0 out of 5 stars At Last! A Ricardian Novel for Children
Reviewed in the United Kingdom on 7 October 2017
Verified Purchase
At last we have a novel for children from aged ten and up (and that includes children up to 100!) which depicts Richard in a more positive light: the just, fair, merciful and intelligent man as opposed to the traditional Tudor/Shakespearean monster and tyrant.
The Order of the White Boar tells the story of Matthew, a talented 12-year-old singer who is sent to Middleham and taken into the household of Richard and Anne, the Duke and Duchess of Gloucester. He makes friends while there, including Richard and Anne’s young son, Edward. This is a refreshing change as Edward is shown as a more major character than in most Ricardian novels.
This is a well-written and obviously deeply researched novel and I'm sure it will become a classic for children. However, if you are an adult, do not think the story will be too simple or childish for you - it is entertaining and engaging whatever your age. There is a second part which I await with impatience. A fantastic introduction to the true Richard III for youngsters.
Read more
10 people found this helpful
Report abuse

Ignite
5.0 out of 5 stars Young Adult fiction for everyone
Reviewed in the United Kingdom on 15 September 2018
Verified Purchase
Matt is a youngster, small for his age, who is sent to Middleham Castle to train in the knightly arts. He’s looked down upon by the other boys who see him as merely a merchant’s son but his gift for singing makes him a favourite of Richard, the man who will be King Richard III. He makes a few friends, including Richard’s delicate son Edward, and with them forms The Order of the White Boar. He also makes some powerful enemies.

This is told from the point of view of the boy and is intended as Young Adult fiction but there’s a good story here which even an oldie like me can appreciate. There’s enough description to place the reader in the draughty halls of a Yorkshire castle, or the heart of the forest on a wild boar hunt, without it becoming tedious. I enjoy historical fiction and this one really hit the spot for me. I shall read the next in the series as soon as I have the chance.
Read more
2 people found this helpful
Report abuse

Extremely well researched, well-told and well-written historical fiction from and for the younger point of view, with enough depth to appeal just as much to older readers too. Full of angst, action and tension.

Debbie Hindhaugh
5.0 out of 5 stars A Breath of Fresh Air.
Reviewed in the United Kingdom on 15 January 2018
Verified Purchase
I bought this book for my teenage nephew,but could not resist a sneaky peek into the story of Mathew and his friends.I was whisked back in time to a 15th Century Middleham Castle and the household of Richard Duke of Gloucester. I was hooked...The enchanting and special bond these young friends formed,in their "Secret Order".Duke Richard is shown to be a kind and caring Father and Master.He takes Mathew under his wing and tries to protect and help him.A breath of fresh air, after the maligned portrayal of his reputation over the past few hundred years, a chance to see the real man.A perfect book choice for children and adults alike.Looking forward to the next chapter in Mathew's adventure.Thank you Alex I loved it.....
Read more
2 people found this helpful
Report abuse

Doobie
5.0 out of 5 stars A great novel to inspire a love of history in young readers.
Reviewed in the United Kingdom on 8 October 2018
Verified Purchase
A fantastically written fictional story of a young knight-in-training and his non-fictional friends, set during my favourite period of history. The author strikes the perfect balance of real historical characters and events interwoven with a fictional story. I couldn't put it down and have recommended it to two young history enthusiasts who have also enjoyed it. The perfect introduction for young people to Richard III and his time without the Shakespearean bias. It's highly recommended to any young readers looking for a fantastic story set in a back drop of real events.
Read more
One person found this helpful
Report abuse
See all reviews
Back to top
Get to Know Us
Make Money with Us
Let Us Help You
And don't forget:
© 1996-2021, Amazon.com, Inc. or its affiliates