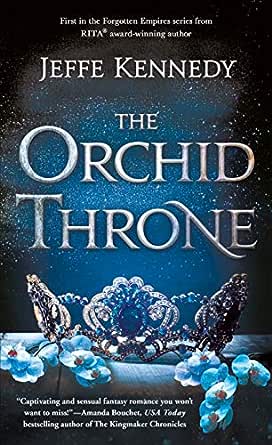 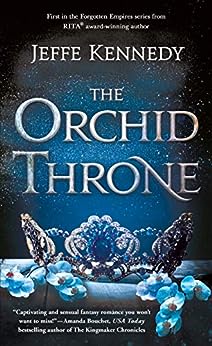 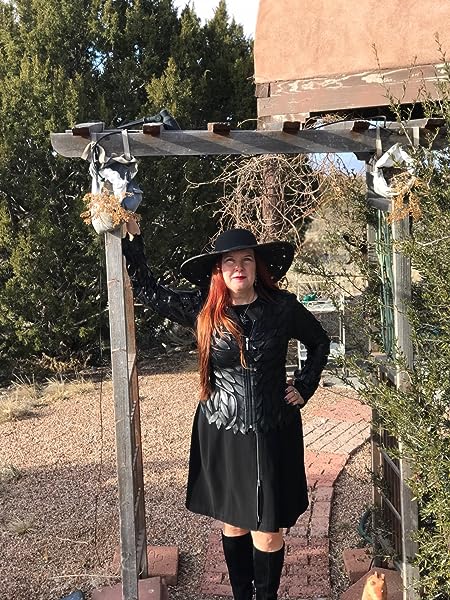 "An enchanting world awaits in The Orchid Throne...With detailed world building and an intriguing cast of characters--especially a warrior woman and an enigmatic and amusing wizard--this captivating story will have readers holding their breath." - BookPage

"An exciting start to a new series." - All About Romance

"I highly recommend this for lovers of fantasy romance who like intricate but not overly complicated worldbuilding, strong characters, and exciting action packed scenes to go along with a sexy love story." - Harlequin Junkie (Top Pick)

"An immediately absorbing and original novel by an author with a distinctive and thoroughly reader engaging narrative storytelling style, "The Orchid Throne" by Jeffe Kennedy will become an immediate and enduringly popular addition to community library Fantasy Fiction collections." - Midwest Book Review

"The Orchid Throne was a moving tale of choices, fate, and loss ... Beautifully written and such a moving love story." - The Nerd Daily

"A captivating read that grows more engrossing with each chapter." - Romance Reviews Today

"This book is smart, sexy - smoldering, really - and so good!" - Read a Romance Month

"Jeffe Kennedy's The Orchid Throne is an epic tale of grand scope with its battles and political machinations, and above all, its relentless pursuit of hope in the face of suffering. Con and Euthalia, united in their goal of destroying a usurper emperor, are a perfect match for each other. A beautifully told story of loss, endurance, and abiding devotion from a master of fantasy romance." - Grace Draven, USA Today Bestselling Author of Phoenix Unbound

"In Jeffe Kennedy's new book, The Orchid Throne, she offers fabulously intriguing world-building that combines sophisticated decadence with a brutal fight for survival, and sprinkled with a delicious dose of the otherworldly that is sure to delight romantic fantasy readers." - Thea Harrison, New York Times and USA Today bestselling author

"The Orchid Throne captures from the first page and doesn't let go as Jeffe Kennedy weaves a timeless tale of love and survival amidst a lush backdrop teeming greed and deceit. You will fall for Lia and Con and root for them with every breath you take. This is a book that will linger in your thoughts for a very long time."- Darynda Jones, New York Times bestselling author

In the Forgotten Empires magic is forbidden, dreams are destiny, and love is the greatest power of all…

A PRISONER OF FATE
As Queen of the island kingdom of Calanthe, Lia will do anything to keep her people free—and her secrets safe—from the mad tyrant who rules the mainland. Guided by a magic ring of her father’s, Lia plays the political game with the cronies the emperor sends to her island. In her heart, she knows that it’s up to her to save herself from her fate as the emperor’s bride. But in her dreams, she sees a man, one with the power to build a better world—a man whose spirit is as strong, and whose passion is as fierce as her own…

A PRINCE AMONG MEN
Conrí, former Crown Prince of Oriel, has built an army to overthrow the emperor. But he needs the fabled Abiding Ring to succeed. The ring that Lia holds so dear to her heart. When the two banished rulers meet face to face, neither can deny the flames of rebellion that flicker in their eyes—nor the fires of desire that draw them together. But in this broken world of shattered kingdoms, can they ever really trust each other? Can their fiery alliance defeat the shadows of evil that threaten to engulf their hearts and souls?

BuddingRose85
4.0 out of 5 stars Looking forward to the next one.
27 September 2019 - Published on Amazon.com
Verified Purchase
A right and proper fantasy book.

I loved the length of this book. It's longer than I expected, but the pacing moves well and keeps you interested. Someone said in another review they didn't like the descriptions of court dress, but if you read about perhaps the most well-known fashion court in Europe's history, you know full well that yes, even minor details, and surely something as obvious as the color of a queen's gown, all send dozens of tiny messages all their own. It was beautiful.

I can't get enough of the richness of the worlds Kennedy creates and how (as with all truly good fantasy authors) magic is merely another tool to be used against evil, and not a deus ex machina. Our would-be heroes are not without scars and insecurities, our queens are ruled by the needs of their kingdom more than the kingdom is ruled by them, and all are delightfully more messy and loveable for it.
Read more
5 people found this helpful

Amazon Customer
5.0 out of 5 stars Another Fine tale!
29 September 2019 - Published on Amazon.com
Verified Purchase
I absolutely love this new series by Jeffe Kennedy. The settings are lush, the characters amazing. It’s the kind of book that makes you want to just lay down and roll around in it. Does that even make sense? This is the series that you wish you’d come upon years after it was written so you could just read the entire tale without having to wait for new books to come out. Summer 2020 just seems so far away.
Read more
2 people found this helpful

Courtney Kronk
5.0 out of 5 stars How Do We Wait For Next Summer?
12 October 2019 - Published on Amazon.com
Verified Purchase
Superb fantasy. Little slow at the beginning while world setting but terrific afterwards. The lead characters and primary supporting characters are engaging and well developed. Can’t wait to see where Con and Lia take us next.
Read more
One person found this helpful

Rachel
5.0 out of 5 stars Give me more
4 October 2019 - Published on Amazon.com
Verified Purchase
Prophetic dreams give one queen the insight into what may kill or save her kingdom. Now she must decide whether to help or hinder invaders who could be the freedom from the Empire.
Read more
One person found this helpful
Go to Amazon.com to see all 56 reviews 4.0 out of 5 stars
Get FREE delivery with Amazon Prime
Prime members enjoy FREE Delivery and exclusive access to movies, TV shows, music, Kindle e-books, Twitch Prime, and more.
> Get Started
Back to top
Get to Know Us
Make Money with Us
Let Us Help You
And don't forget:
© 1996-2020, Amazon.com, Inc. or its affiliates