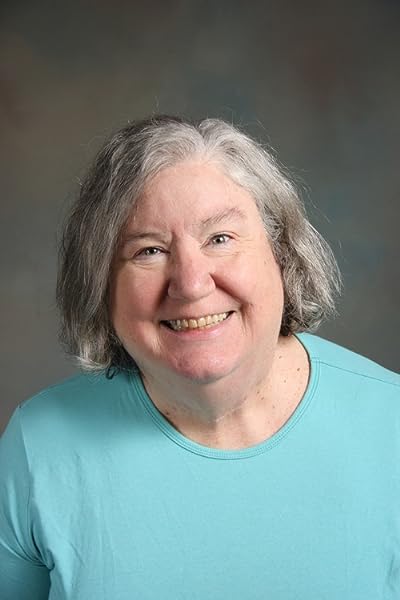 by Laura L Mays Hoopes (Author)
5.0 out of 5 stars 1 rating
See all formats and editions
Sorry, there was a problem loading this page. Try again.

OPENING DOORS: JOAN STEITZ AND JENNIFER DOUDNA, TWO WOMEN OF THE RNA WORLD, a dual biography of Joan Steitz and Jennifer Doudna, two important molecular biologists, unfolds the changing rules for women of science in the twenty years between Steitz?s and Doudna?s graduate training and the twenty plus years that followed, a pivotal period for women in science in the US. The book opens with an overview chapter, then alternating chapters in which each of the two women first identify an interest in science, attend graduate school, decide to get married, delve into their research subjects, have problems and thrills with children, experience teaching, deal with scientific competition, and receive awards. Throughout the chapters, historical comparisons show how the situation changed greatly between their two debuts in science in the 1960s and the 1980s. Then OPENING DOORS provides predictions and prescriptions for increasing the number and well-being of women in science.
Read more
Previous page
Next page

Laura L Mays Hoopes lives in Claremont, CA. She is Halstead-Bent Professor of biology emerita at Pomona College. Her research on molecular gerontology has been supported by over two million dollars in grant funds. Laura is married and has two grown children and one wonderful grandchild. In 2019, she released Opening Doors: Joan Steitz and Jennifer Doudna, Two Women of the RNA World. Laura believes in balancing career and family, as shown in her memoir, Breaking Through the Spiral Ceiling:An American Woman Becomes a DNA Scientist. For five years, she moderated the Women in Science Forum for the scientific journal Nature. After years of writing about science in passive voice and avoiding first person pronouns, she enjoys the freedom of creative writing. Laura received a Certificate in creative writing from UCLA in 2009 and an MFA in ENGLISH/Fiction at San Diego State University in 2013. The amount of joy and hard work that go into writing astonish her. She has published over twenty shorter works such as short stories, poetry, and personal essays. In 2013, Laura received the Jack London Award from the California Writers Club. She has been a mentor with WriteGirl, the outreach group to at-risk high school girls. She enjoys speaking to groups about her books, issues for women in science, why there are so few women science professors at Harvard, career-family balance, writing nonfiction and fiction, and creating a new career when over 65. Laura is currently working on a novel about a woman becoming an ecologist and a novel about a girl who needs to learn to be bad so she can write interesting stories for publication.