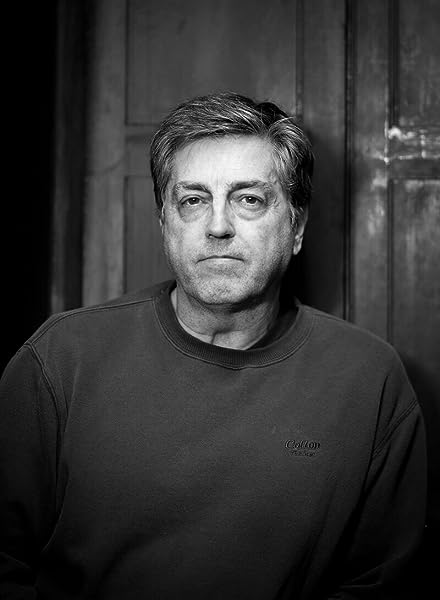 by Douglas Skelton (Author)
4.8 out of 5 stars 49 ratings
See all formats and editions
Sorry, there was a problem loading this page. Try again.

A massive five stars for Open Wounds – Douglas Skelton has a canny knack of taking the reader on a journey that embroiled them into the “Life” but also transports them right onto the streets of Glasgow – through the tenement buildings, up the dark closes and places you’d never want to go – reading his books makes me live, breathe and experience the world of Davie McCall. – CHAPTERINMYLIFE

Dark and satisfying, plenty of great dialogue and humour, that old cliché – a page-turner – well it is. What’s even better is the economy of style in which Skelton wraps this all up – a shade under 250 pages.

This is genuine Tartan Noir, grounded in the real recognisable Glasgow of today – a rare treasure amidst some of the overblown melodramatic dross which is so often wrongly acclaimed as giving an authentic picture of life here. I’m delighted to have stumbled across Douglas Skelton and he is now part of that select band of Scottish crime writers to whose future books I will look forward with keen anticipation. – FICTION FAN BLOG

Reading Open Wounds was a joy on so many levels and the moments of levity gave a nice balance against some of the more gritty scenes. – GRAB THIS BOOK

DOUGLAS SKELTON is an established true crime author, penning eleven books including Glasgow’s Black Heart, Frightener and Dark Heart. He has appeared on a variety of documentaries and news programmes as an expert on Glasgow crime, most recently on STV’s In Search of Bible John. His 2005 book Indian Peter was later adapted for a BBC Scotland radio documentary which he presented. This series is his first foray into fiction.
Start reading Open Wounds (Davie McCall Series Book 4) on your Kindle in under a minute.

4.8 out of 5 stars
4.8 out of 5
49 global ratings
How are ratings calculated?
To calculate the overall star rating and percentage breakdown by star, we don’t use a simple average. Instead, our system considers things like how recent a review is and if the reviewer bought the item on Amazon. It also analyses reviews to verify trustworthiness.

Susan Wallace
TOP 1000 REVIEWER
3.0 out of 5 stars A good read.
Reviewed in Australia on 8 August 2018
Open wounds by Douglas Skelton.
Davie McCall is tired. Tired of violence, tired of the Life. He's always managed to stay detached from the brutal nature of his line of work, but recently he has caught himself enjoying it.

In the final instalment in the Davie McCall series old friends clash and long buried secrets are unearthed as McCall investigates a brutal five-year-old crime.

Davie wants out, but the underbelly of Glasgow is all he has ever known. Will what he learns about his old ally Big Rab McClymont be enough to get him out of the Life? And could the mysterious woman who just moved in upstairs be just what he needs?

This was a good read with likeable characters. I found it slow . 3*.
Read more
Helpful
Report abuse
See all reviews

Kindle Customer
5.0 out of 5 stars Where's the dog??
Reviewed in the United Kingdom on 25 May 2021
Verified Purchase
I loved this series of Davie McCall books and I hoped that Davie would get "The Life" he wanted. Douglas Skelton is a craftsman with a pen (metaphorically, no doubt - who uses them anymore?) and these books really come to life in your mind, more so if you know Glasgow. "Open Wounds" rounds up the stories of the main characters (or does it? Where's the dog?): some get their just deserts, some get away with murder. I can even forgive the odd spelling error so good is this book. Do yourself a favour and read this series.
Read more
Report abuse

CFD at IG
5.0 out of 5 stars Excellent, sad to see the series end
Reviewed in the United Kingdom on 20 June 2019
Verified Purchase
The final book in the series and it's sad there will be no more books about anti-hero Davie McCall. There's an enigmatic ending to the story which leaves the reader room to interpret the outcome; I guess the dog's the key. Let's hope Douglas Skelton finds a new thread to pull. I'm a huge fan and wait, like others, eager to read anything else he offers.
Read more
One person found this helpful
Report abuse

A. W. Skinner
4.0 out of 5 stars Good writing, but terrible production.
Reviewed in the United Kingdom on 26 May 2020
Verified Purchase
I really enjoy Mr Skelton's writing and he creates credible, if deeply unpleasant, characters. However, the Kindle version was very badly produced, with no chapter or scene breaks i.e. nothing to tell you that there was a change of scene. As a result, I found myself reading a dramatic scene, but the next sentence was about a completely different character in a different setting. I found it very off-putting, and it spoiled an otherwise very good book.
Read more
One person found this helpful
Report abuse

Kindle Customer
5.0 out of 5 stars Enjoyable
Reviewed in the United Kingdom on 8 May 2018
Verified Purchase
I really did enjoy this tough, uncompromising series of stories. A great well-written storyline with interesting characters but he warned. The editing of the final book is appalling. A paragraph ends and no little 🌟 to herald the next part of the story, but hey. You get used to it. And these stories must be read in order. Thank you, Mr Skelton
Read more
Report abuse

crichton52
5.0 out of 5 stars Brilliant writer
Reviewed in the United Kingdom on 3 September 2018
Verified Purchase
Douglas Skelton writes about Davie McCall in such a way that you feel you know him...you want him to overcome his demons and his past. There are four books in the series...all brilliant. Thank you Mr Skelton, more please.
Read more
Report abuse
See all reviews
Back to top
Get to Know Us
Make Money with Us
Let Us Help You
And don't forget:
© 1996-2021, Amazon.com, Inc. or its affiliates