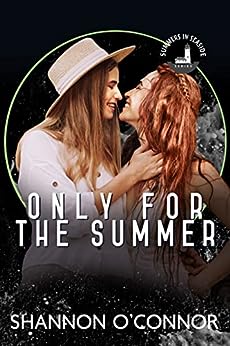 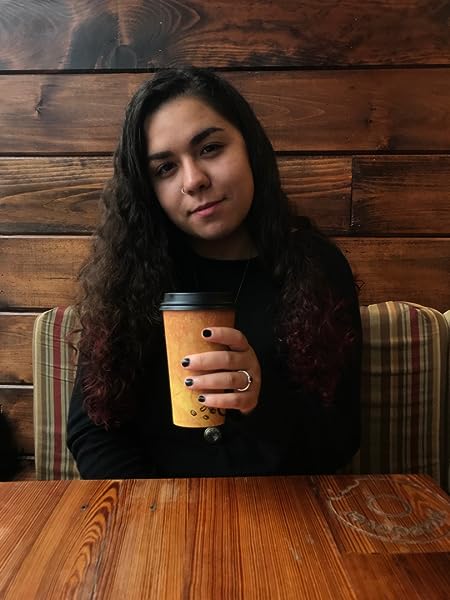 Only for the Summer: A Fake Relationship Romantic Comedy Kindle Edition

by Shannon O'Connor (Author) Format: Kindle Edition
Part of: Summers in Seaside (15 books)
See all formats and editions
Sorry, there was a problem loading this page. Try again.

Someone should’ve told me pretending to date your best friend only works if you aren’t in love with them.

Kennedy Davis is not in love with her best friend. That’s what she tells every girl she dates anyway, but it always ends up the same.

Sienna Stevens is in love with her best friend, but she’s too afraid to admit it. A hopeless romantic who hopes her best friend might one day see her as more.

When Kennedy must return home for her brother’s wedding it only makes sense to bring her best friend along. But Kennedys fears of returning home give Sienna a chance for Kennedy to see her as more—by being her fake girlfriend.

So when the line between friends and more gets blurred with Sienna, will Kennedy finally see what everyone’s been telling her all along and confess her true feelings? Or will she hide how she feels to keep their friendship?

After all, a fake relationship only for the summer, can’t hurt right?

Shannon is a twenty something bisexual self published poet of 8 books and counting. She enjoys coffee, reading, traveling, spending time with her baby and taking photos. She just published her debut novel, Electric Love and is currently working on several short stories.

Carmela Dimattia
TOP 1000 REVIEWER
5.0 out of 5 stars friends to lovers
Reviewed in Australia on 8 August 2022
This book had wonderful characters and a great story. Kennedy and Sienna are best friends and pretend to be lovers, only the pretense becomes a reality for them. Both have feelings for each other but neither is willing to admit it until their hand is forced. A lovely romance by Shannon O’Connor that I enjoyed very much and the characters will captivate you. If you have read Only the Beginning you will love this book.

I received an arc copy from the author and am voluntarily leaving an honest review.
Read more
Helpful
Report abuse
See all reviews

JX
4.0 out of 5 stars When your one and only just happens to be your best friend
Reviewed in the United States on 7 August 2022
Verified Purchase
Kennedy, recently dumped, is headed back to Seaside, Oregon to see her family as her brother prepares to announce his engagement to a woman he’s only known for three months. Kennedy can already sense the drama ahead for him, and she isn’t keen on having to explain why she can’t manage to hold down a steady girlfriend, as well. Sienna, her best friend, suggests that she could play the role of her girlfriend to take the heat off of Kennedy.

This was a fun story. I enjoyed it on my weekend camping trip.

Although, this book may not have been right up my alley. It was a bit too girly for me. “Girly”? I’m a girl, but I can only handle so much discussion on dresses, hair styles and make up. I’m not saying there was a ton of this discussion, but it made it so the characters didn’t resonate so well with me. We just didn’t have a lot in common, I suppose. I’m the kind of gal that goes to the stylist every 6 weeks, I get asked, “What do you want to do with your hair?” “I don’t know,” are the first words out of my mouth every time. Now, on the other hand, if you do know what to do with your hair when you go to the salon, you’ll probably really like this book.
Read more
One person found this helpful
Report abuse

B, A Reader
2.0 out of 5 stars Mediocre Hallmark material
Reviewed in the United States on 13 August 2022
Verified Purchase
Although I found Sienna and Kennedy likable characters, the theme of the fake girlfriend isn’t one of my favorites, and this particular story doesn’t offer anything exceptional. Also, the story’s described as a romantic comedy, but it’s a drama with angry parents, anxious and wary wannabe girlfriends, and a nasty high school nemesis.

When I begin a book thinking it’s main plot point is implausible, it doesn’t bode well for my ranking it highly: How could a businesswoman surrender control of her fledgling New York City styling salon for an entire summer?

The book also has instances of failed continuity, typos, and grammar mistakes. A few examples:

“They cheer with their glasses and kiss as if to commensurate [sic] the occasion.” — Commemorate?

“I can’t have an opinion on something I don’t know all the information. — What?

These shortcomings don’t make this a bad book, but there are so many better sapphic love stories to read first.
Read more
Report abuse

Tonya P
5.0 out of 5 stars Fun and flirty read!
Reviewed in the United States on 5 August 2022
Verified Purchase
Love this short, fun, flirty story!
Great characters and storyline. Best friends who fake a relationship for the Summer. At what point do they realize that they aren't faking? Will it break them?
I definitely recommend this book!
Read more
One person found this helpful
Report abuse

Amanda Reynolds
5.0 out of 5 stars Good book
Reviewed in the United States on 2 August 2022
Verified Purchase
I do not usually read books where the main characters are gay. However, I really enjoyed reading this book. It was a very sweet love story where they were friends then became lovers.
Read more
One person found this helpful
Report abuse
See all reviews
Report an issue
Does this item contain inappropriate content?
Report
Do you believe that this item violates a copyright?
Report
Does this item contain quality or formatting issues?
Report