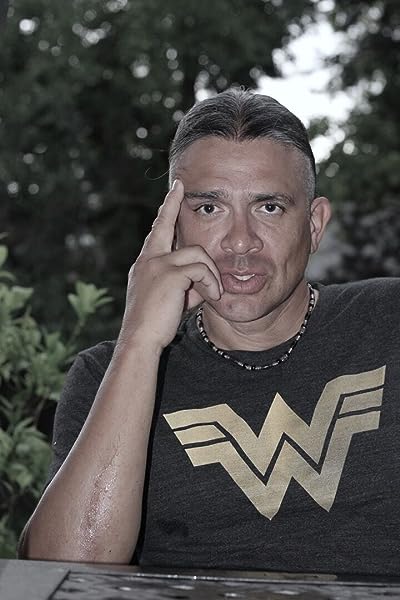 by Stephen Graham Jones (Author)
4.1 out of 5 stars 2,648 ratings
See all formats and editions
Sorry, there was a problem loading this page. Try again.
Read more Read less
Previous page
Next page

“The Only Good Indians is scary good. Stephen Graham Jones is one of our most talented and prolific living writers. The book is full of humor and bone chilling images. It’s got love and revenge, blood and basketball. More than I could have asked for in a novel. It also both reveals and subverts ideas about contemporary Native life and identity. Novels can do some much to render actual and possible lives lived. Stephen Graham Jones truly knows how to do this, and how to move us through a story at breakneck (literally) speed. I’ll never see an elk or hunting, or what a horror novel can do the same way again.”

—Tommy Orange, Pulitzer Prize finalist of There There

"I like stories where nobody escapes their pasts because it's what I fear most."—Terese Marie Mailhot, New York Times bestselling author of Heart Berries

One of Publishers Weekly's Most Anticipated Books of 2020!

“This novel works both as a terrifying chiller and as biting commentary on the existential crisis of indigenous peoples adapting to a culture that is bent on eradicating theirs.” —Publishers Weekly, STARRED REVIEW

“Subtly funny and wry at turns, this novel will give you nightmares. The good kind, of course.”—Buzzfeed

"The best yet from one of the best in the business. An emotional depth that staggers, built on guilt, identity, one's place in the world, what's right and what's wrong. The Only Good Indians has it all: style, elevation, reality, the unreal, revenge, warmth, freezing cold, and even some slashing. In other words, the book is made up of everything Stephen Graham Jones seemingly explores and, in turn, everything the rest of us want to explore with him."

—Josh Malerman, New York Times bestselling author of Bird Box and A House at the Bottom of a Lake.

"How long must we pay for our mistakes, for our sins? Does a thoughtless act doom us for eternity? This is a novel of profound insight and horror, rich with humor and intelligence. The Only Good Indians is a triumph; somehow it’s a great story and also a meditation on stories. I've wondered who would write a worthy heir to Peter Straub's Ghost Story. Now I know the answer: Stephen Graham Jones."

—Victor LaValle, author of The Ballad of Black Tom and The Changeling

“Jones... has written a masterpiece. The book is… as instinctive and essential as it is harsh. Despite the blood and bleakness, The Only Good Indians is ultimately also about hope and the promise of the future...Read it.” ― Locus Magazine

Stephen Graham Jones has been an NEA fellowship recipient, has won the Jesse Jones Award for Best Work of Fiction from the Texas Institute of Letters, the Independent Publishers Award for Multicultural Fiction, a Bram Stoker Award, four This is Horror Awards; and has been a finalist for the Shirley Jackson Award and the World Fantasy Award. He is the Ivena Baldwin Professor of English at the University of Colorado Boulder.
Start reading The Only Good Indians on your Kindle in under a minute.

4.1 out of 5 stars
4.1 out of 5
2,648 global ratings
How are ratings calculated?
To calculate the overall star rating and percentage breakdown by star, we don’t use a simple average. Instead, our system considers things like how recent a review is and if the reviewer bought the item on Amazon. It also analyses reviews to verify trustworthiness.

AJs Reviews
TOP 1000 REVIEWER
4.0 out of 5 stars Unusual and Thrilling Ride
Reviewed in Australia on 8 June 2020
This is very much an unusual and thrilling ride. I have to say, it didn't immediately grab me, although I wasn't disliking it either, but then a switch gets flipped and it goes rocketing off down a hidden turning.
Overall it's a great read. I did find my attention slipping at times, but current events are not doing my concentration any favours, and basketball isn't any part of my life (although its role in the book is a good fit).
Read more
Helpful
Report abuse
See all reviews

Roland
1.0 out of 5 stars Mediocre
Reviewed in the United Kingdom on 20 August 2020
Verified Purchase
This novel is very far fetched and actually pretty boring . . I hate to give a bad review but honestly I was glad to finish it.
Read more
9 people found this helpful
Report abuse

Stephen Howard
5.0 out of 5 stars Superbly written, as ever
Reviewed in the United Kingdom on 3 August 2021
Verified Purchase
I think I’ve come to expect a certain sort of brilliance reading Stephen Graham Jones. And The Only Good Indians doesn’t disappoint.

I think there’s a significant amount here on identity, from connection to heritage and how you feel that, manifest it, and how you navigate the evils and perils of the modern world when that world tries to sideline and ridicule that identity. This is a deeply wise novel.

And I don’t know how often you think about elk - possibly not often - but you won’t think about them the same way again.

Deedee
2.0 out of 5 stars Disappointing
Reviewed in the United Kingdom on 23 February 2021
Verified Purchase
Was really looking forward to this book's release after reading early reviews but was disappointed. It's well written but I found the story confusing and was left with more questions than answers. No spoilers, but the mental image I had of the 'evil entity' was laughable
I love the setting and what I learned about reservation life and culture but that's all.
Read more
One person found this helpful
Report abuse

PrideOfNottingham
4.0 out of 5 stars Primo folk horror with a message
Reviewed in the United Kingdom on 17 March 2021
Verified Purchase
I liked this. A visceral horror with brains (and not just the spilled kind). There's an environmental, social and historical message there but the author remembered his job is primarily to write a good story. The message lingers more because of it.
I struggled a bit with the basketball sections which get quite technical but it's a minor complaint.
Read more
Report abuse
See all reviews
Back to top
Get to Know Us
Make Money with Us
Let Us Help You
And don't forget:
© 1996-2021, Amazon.com, Inc. or its affiliates