Only the Devil Is Here and over 1.5 million other books are available for Amazon Kindle . Learn more
Share <Embed> 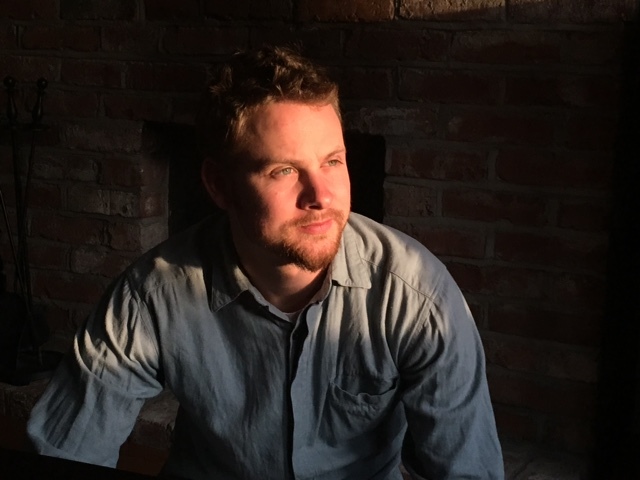 Start reading Only the Devil Is Here on your Kindle in under a minute.

"Only the Devil is Here is a breathless debut that moves too fast to accommodate bulky backstory. As such, the true nature of the characters, their origins or intentions, are only ever glimpsed. Who's good? Who's evil? Is the division between one and the other really so neat? Michell keeps the details--the idiomatic abode of both God and the Devil--elusive. It's in that murky moral unknown that Only the Devil is Here thrives." --Bookshelf

Stephen Michell is a freelance writer and editor based out of Toronto. His writing has appeared in The Good Men Project, as well as in the Exile Editions speculative fiction anthology Those Who Make Us, with his story "As Worlds Collide." He has also written many entertainment reviews for Step On Magazine. Only the Devil Is Here is his first novel.

4.0 out of 5 stars
4 out of 5
28 global ratings
How are ratings calculated?
To calculate the overall star rating and percentage breakdown by star, we don’t use a simple average. Instead, our system considers things like how recent a review is and if the reviewer bought the item on Amazon. It also analyses reviews to verify trustworthiness.

Chris E.
5.0 out of 5 stars Fast paced and satisfying. A capably written book.
Reviewed in Canada on 30 May 2019
Verified Purchase
I thoroughly enjoyed this book. It effortlessly captures the horror and fantasy feel that I initially picked it up for, but it’s the way in which its two main characters, Evan and Rook, grow and develop together that gives the story its staying power. It’s the kind of book that where you know within the first few pages that the author knows what they’re doing and is capable of handling this genre, which so often falls prey to derivative themes and narratives. Its solid foundation allows you to focus on its more complex character and thematic elements, which are what elevates it above the other horror books I’ve read. Despite its (very) fast pace, the relationship between its two main characters, Evan and Rook, is developed very thoughtfully, culminating in a satisfying ending for both their narrative arcs are the story as a whole. I also enjoyed Michell’s employment of biblical themes, which again, in lesser hands can come across as clunky and ham fisted. A surprisingly good addition to my reading list.
Read more
One person found this helpful
Report abuse

Daniel Henkel
5.0 out of 5 stars Great read.
Reviewed in Canada on 30 September 2019
Verified Purchase
It was especially nice knowing the environment/wilderness the author was writing of.
Read more
One person found this helpful
Report abuse

GargoyleAnt
5.0 out of 5 stars Amazing
Reviewed in Canada on 6 January 2018
Verified Purchase
Having worked with Stephen, I knew he was talented. This book kept me reading it all in one night. Waiting for the sequel....
Read more
2 people found this helpful
Report abuse

Amazon Customer
5.0 out of 5 stars Awesome read! Couldn’t put it down
Reviewed in Canada on 25 February 2018
Verified Purchase
I really enjoyed reading this book! It was exciting, suspenseful, surprising and actually really hard to put down. The characters drew me in and I would definitely read more by this author!
Highly recommended
Read more
2 people found this helpful
Report abuse

Eclectic Reader
5.0 out of 5 stars “Death Knows No Reunion”
Reviewed in the United States on 19 March 2018
Verified Purchase
Stephen Michell wastes no time in his debut novel, Only the Devil Is Here (2017), in grabbing his reader’s attention, elevating their adrenaline level, and plunging them into a world of mystery and suspense for which there is no lull until the novel’s very end.

Only the Devil Is Here begins with a sudden and violent home invasion and bloody attacks upon foster parents Adam and Evie and the abduction of their nearly seven-year-old son, Evan. The perpetrator, an “adult male, forty to fifty years of age, tall, [with] dark hair [and a] beard,” is under “instructions not to kill the boy” and barely having left the house with the boy espies four shadowy figures closing in on them—and it isn’t the police.

For his debut novel, Michell has created a stunning and well-written thriller. Like a rural traffic sign riddled with bullet holes, it is also a novel that is peppered with purposeful contradictions and incongruities that keep the reader wondering. Early in the novel flashing red and blue lights on an emergency vehicle are spotted on a highway and they are described as both “sinister and serene.” It is a telling line representative of Michell’s entire approach to his novel. Evan’s kidnapper, Rook, also cautions the boy, “You think you see a man when you look at me, but you don’t. I’m something much more.” As the novel progresses, readers begin to be presented with evidence that Evan is also far from an ordinary child. Ironically, the duo is pursued through southern Ontario in harsh winter conditions often on foot in the wilderness as they try to avoid civilization, detection, and capture but seemingly of greater danger to them than the police are members of a much more threatening, vague form of “organization.” To survive, both kidnapper and victim are unconventionally forced to form a bond of trust with extraordinary consequences. Thus, nothing is ordinary or what it appears to be in Only the Devil Is Here which makes for riveting reading.

Intriguing minor characters come and go in Only the Devil Is Here, but Michell keeps a laser-like focus on the relationship between Rook and Evan. Descriptions of the environment in which they find themselves and the hardships and setbacks they face as they struggle to reach what Rook promises will be a safe place for Evan from those who pursue them bring the story alive. So, too, does the author’s gradual revelations of the special characteristics of his two leading characters and Michell brilliantly and realistically even has Root and Evan exchanging positions of dependency upon each other at times.

Still, the mystery of the two and their precarious, life-and-death situation and entanglement with the supernatural is never completely resolved even when readers reach the very end of the novel. Finishing Only the Devil Is Here, readers are faced with a grim realization that, regardless of the amazing events they witness in the novel with all its twists and turns, there is no total resolution, but an almost “to be continued” or “the end?” cinematic-like finale once they finish the book.

Given that Stephen Michell “is a freelance writer and editor based out of Toronto,” whose “writing has appeared in The Good Men Project, as well as in the Exile Editions speculative fiction anthology Those Who Make Us, with his story ‘As Worlds Collide’” as well as this very auspicious novel debut, Michell is a writer for readers to keep an eye out for in the future.
Read more
10 people found this helpful
Report abuse
See all reviews
Back to top
Get to Know Us
Make Money with Us
Let Us Help You
And don't forget:
© 1996-2021, Amazon.com, Inc. or its affiliates