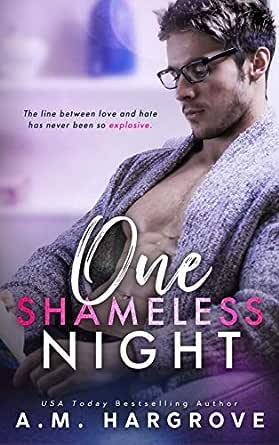 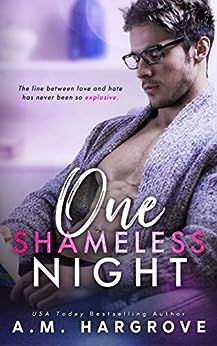 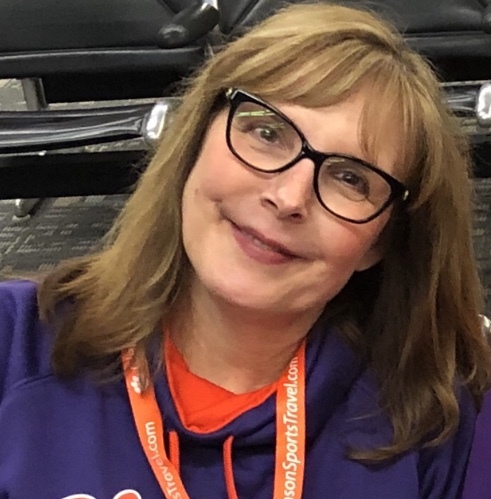 4.8 out of 5 stars
4.8 out of 5
40 global ratings
How are ratings calculated?
To calculate the overall star rating and percentage breakdown by star, we don’t use a simple average. Instead, our system considers things like how recent a review is and if the reviewer bought the item on Amazon. It also analyses reviews to verify trustworthiness.

sharon jones
TOP 500 REVIEWER
4.0 out of 5 stars Alessandro & Piper
Reviewed in Australia on 9 September 2019
Well I really didn’t know what to expect before going in to the book. But whatever it was it certainly wasn’t what I ended up by reading.
There is so much going on in this book. I honestly don’t know where to start. I guess part of it could be classified as a single father romance, but it is so much more than that.
Alessandro and Piper had a chance encounter, thinking it was a once off. But things don’t always go according to plan and they meet again. Alessandro was horrible to Piper, but as his past is revealed it kind of explains why he behaved this way.
The story explodes from there and it was an epic ride. My imagination is still spinning.
I thought this was a wonderfully written book and I would gladly read more from this author. I voluntarily reviewed an advanced readers copy of this book.
Read more
Helpful
Report abuse

Rachael M
3.0 out of 5 stars Too much going on
Reviewed in Australia on 5 February 2020
After reading Sylvie 's book I kind of had high expectations for this one which it didn't meet. The storyline felt like a jigsaw it didn't flow nicely and aside from Gabriele whom I adored I didn't like the main characters
Read more
Helpful
Report abuse
See all reviews

Andrea
5.0 out of 5 stars This series just gets better!!
Reviewed in the United Kingdom on 10 September 2019
Verified Purchase
Oh, I loved everything about this book!! And that cover...swoons, it's sooo sexy, there's just something about a guy wearing glasses😍

One Shameless Night is book #2 in The West Sisters, a spin-off of The West Brothers, and this series just gets better. As usual, with this author, I have been on an emotional roller coaster and have loved every minute of it!

I'm a huge fan of A.M. Hargrove's work. I love the way she weaves a story that has you laughing out loud at her hilarious sense of humour one minute then sitting on the edge of your seat in heart-stopping suspense as the tense drama unfolds, the next.
As soon as I realise there's a child involved the story I know I'm in trouble, as she writes just the most adorable kids who just tug on your heart strings, and little Gabriele was no exception.

I loved Piper's feistiness, strength and her knack to get into more than her fair share of awkward and embarrassing situations. The waxing scene had me laughing out loud, it was so funny. Piper was definitely a force to reckon with when her temper was in full flow, I wouldn't want to mess with her.

Alessandro was much more than just your average hot, college professor. He was a man who was passionate about those he loved. He would do anything to keep them safe, even if it meant putting his own happiness and love life on a back burner to achieve this. But that was before Piper...

The chemistry between Alessandro and Piper was so hot, they practically burned right off the pages! They were perfect for each other.

Gabriele, Alessandro's 6 year old son, melted my heart. He was so adorable and funny, he had the adults wrapped around his little finger.

Although there was a lot of humour throughout the book there was also a fair share of gripping drama which was quite traumatic in places. I was actually holding my breath with suspense at one point.

If you're a fan of single-dad romances featuring hot, sexy, spectacle-wearing Italian professors and you love feisty, strong female leads and cute, adorable six year olds then this is definitely the book for you.

I can't recommend One Shameless Night highly enough, I was hooked from the beginning!
Read more
Report abuse

KC Caron
5.0 out of 5 stars A Soulful Romance built on suspense and sizzling chemistry from liftoff.
Reviewed in the United States on 6 September 2019
Verified Purchase
One Shameless Night is habit forming. It’s a BIG story, that draws out every emotion to the extreme, creating a resonating romance that centers on an out-of-this-world connection between a young boy, his father and the strong but vulnerable, deeply damaged woman who just might form the perfect family if they can overcome the avalanche of angst Hargrove throws their way.

Alessandro—in addition to winning cover of the year—I love you! You're a wolf in wolf’s clothing. :) He’s sort of a difficult person, clueless, in denial and sexy has hell. He’s also committed, thoughtful and smart, and yessss a dedicated single father! Thank god for Gabriele, his brilliant and outspoken son, who has the sense to immediately see Piper for the incredible woman she really is.

Piper, my heart. She has an incredible arc in this story. It unfolds from the beginning, with her resignation that she has to leave her family to pursue her own dreams far away. When she first encounters Alessandro—unffff that’s some shameless tryst—she gets the feels as do we. She has a happy-go-lucky air to her that is fun to read and she feels real. She had me cheering her on at every turn, and I wanted to hug so much, because the plot dips and curls into a truly suspenseful romance.

Hargrove tells this story in her signature beautiful prose that’s steeped in family and angst. She draws you in with a pleasant image and then swerves until you’re gasping for a break, your kindle warm from swiping, your throat clenched… and then she twists some more, leaving you inside the drama and the love hoping for your own recovery right along with Piper and Alessandro. Yes, it’s real, and the humor Hargrove manages to squeeze into their romance left me light headed and restless. It’s a testament to her strong writing that she can leave you hopeless and hopeful in the same scene. As the story unfolds, you’re left gaping when you realize that Piper is healing not only herself but Alessandro and Gabriele as well.

The pacing and the incredible increase in stakes that kept building and building really got to me. She creates a palpable need for everything to work out, for thes broken souls to get together, to solve the suspense that’s thrumming through every chapter. I WANTED them together, and I shushed everyone and starved my kids for all my reading and swiping, begging for relief. It’s soooo emotional and I felt all of it. Piper I love you and I wish I could reach through the glass and hug you, just like Gabriele and Alessandro. Sigh. It’s a great story.

I could say more--talk about the secondary characters, or the fantastic settings and the great world-building--but I don't want to spoil any measure of the plot. It’s that good. I said before that she’s invented a new genre with this spin off to the West Brothers’ series, and it's on full display here. I don’t even know how to describe it. Romangst for sure, but it’s more because the writing is so so good.

AM Hargrove is an auto-click for me, and One Shameless Night is exhibit A for a biting brilliant modern contemporary romance.
Read more
8 people found this helpful
Report abuse

USBabyTech
4.0 out of 5 stars High on drama but still a good read
Reviewed in the United States on 20 February 2020
Verified Purchase
I enjoyed Piper and Alessandro. Some of the situations seemed farfetched but still within the realm of possibility.

I have to admit that both characters were a bit difficult to like at first. Though it doesn't take long to figure out the backstory that made them that way. Alessandro especially redeems himself for the most part.

This was an enjoyable story and while I could have done without a lot of the outside drama it was still a good read.
Read more
One person found this helpful
Report abuse

Ann Bingham
4.0 out of 5 stars Great read
Reviewed in the United States on 15 September 2019
Verified Purchase
They met on the plane to London. She was upset about leaving her family, but she had to finish her degree. All she needed was six more months and she would have her degree. A lot can happen in six months. He was so easy to talk to and gorgeous too. She fell asleep on his shoulder and one thing led to another..... But the next day in class guess who is her new teacher. He convinces her to change classes so he won't be her professor. But they keep running into each other. It must be fate.....
Read more
Report abuse

Mom12
5.0 out of 5 stars Single Dad story and so much more
Reviewed in the United States on 6 September 2019
Verified Purchase
This story gave me everything I needed. Emotion, drama, suspense, sex and an adorable little boy. I loved the way Allesandro and Piper started off Rocky and built their relationship slowly. Loved the Italian references. Loved Allesandro 's relationship with his family. This story has it all to make every reader more than satisfied
Read more
Report abuse
See all reviews
Back to top
Get to Know Us
Make Money with Us
Let Us Help You
And don't forget:
© 1996-2021, Amazon.com, Inc. or its affiliates