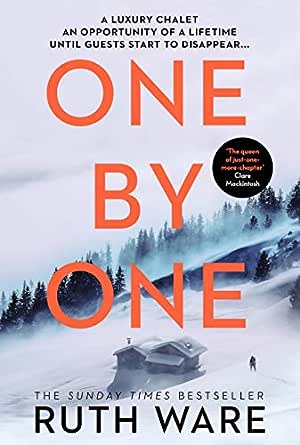 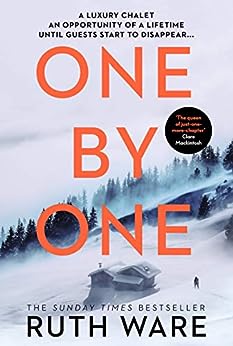 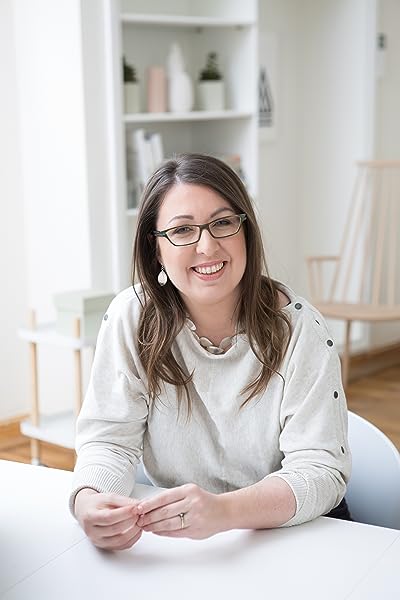 One by One Kindle Edition

A gripping thriller which finds a group of colleagues trapped by snow in their hotel in the French Alps, with deadly consequences.From the Sunday Times and New York Times bestseller. --This text refers to an alternate kindle_edition edition.

Ruth Ware worked as a waitress, a bookseller, a teacher of English as a foreign language, and a press officer before settling down as a full-time writer. She now lives with her family in Sussex, on the south coast of England. She is the #1 New York Times and Globe and Mail (Toronto) bestselling author of In a Dark, Dark Wood, The Woman in Cabin 10, The Lying Game, The Death of Mrs. Westaway, and The Turn of the Key. Visit her at RuthWare.com or follow her on Twitter @RuthWareWriter. --This text refers to the audioCD edition.

PRAISE FOR ONE BY ONE "Especially timely, given that the terror of isolation is at its heart... This is And Then There Were None rendered for the twenty-first century."
--Booklist (starred review) "Tempestuous . . . [a] claustrophobic, adrenaline-fueled cat-and-mouse game."
--Publishers Weekly "Ware's gifts for characterization, plot, and pacing shine here... Ware's fans will devour this in a sitting."
--Library Journal (starred review) "Hilarious, well plotted, and vintage Ware, this one is not to be missed."
--CrimeReads "Ruth Ware's Hitchcockian thrillers have yet to disappoint."
--PopSugar "Ware does what she does best: Gives us a familiar locked-door mystery setup and lets the tension and suspicion marinate until they reach fever pitch. Another win for Ware... Simply masterful."
--Kirkus "The Turn of the Key was not her first book, but its sweep of starred reviews and awards sets up One by One to be a most anticipated thriller of 2020."
--Library Journal PRAISE FOR RUTH WARE "The Agatha Christie of our generation."
--David Baldacci, #1 New York Times bestselling author "A superb suspense writer . . . Brava, Ruth Ware."
--Fresh Air's Maureen Corrigan for The Washington Post "Diabolically clever."
--Riley Sager, author of Final Girls "Ruth Ware--one of our favorite thriller writers--is bringing down the house . . ."
--theSkimm "Ruth Ware proves she's the true heir to Wilkie Collins. Creepy, engrossing, and oh-so-hard to put down."
--JP Delaney, New York Times bestselling author of The Girl Before "Pure suspense, from the first gripping page to the last shocking twist."
--Erin Kelly, bestselling author of He Said/She Said "Ware skillfully lays the bread crumbs to the novel's satisfying conclusion... [that] leaves readers with one final, haunting question, one that will stay with them long after they turn the last page."
-Publishers Weekly, starred review "Ware hits another one out of the park. Fans of hers or anyone with a taste for the disturbing will stay up late devouring this."
--Library Journal, starred review "Ware at her eerie best."
--Newsweek "A superb suspense writer... Ware is a master at signaling the presence of evil at the most mundane moments..."
--Washington Post Book World "The definition of 'unputdownable'..."
--Refinery29 "A great modern whodunit!"
--New York Post "Haunting and absurdly suspenseful."
--PureWow "Ware's propulsive prose keeps readers on the hook and refuses to let anyone off until all has been revealed."
--Shelf Awarenes --This text refers to the hardcover edition.
Read more