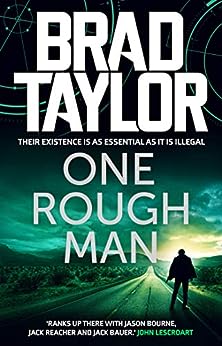 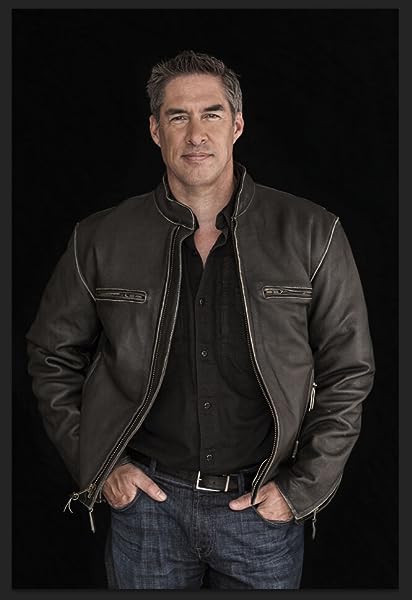 Brad Taylor is the author of military thrillers in the Taskforce series and the Pike Logan series, including the New York Times bestseller No Fortunate Son. He is a retired lieutenant colonel and a twenty-one-year veteran of the US Army Infantry and Special Forces, including eight years with the 1st Special Forces Operational DetachmentDelta, popularly known as Delta Force. He retired in 2010 after serving more than two decades and participating in Operation Enduring Freedom and Operation Iraqi Freedom, as well as classified operations around the globe. His final military post was as assistant professor of military science at The Citadel, the Military College of South Carolina. When not writing, he serves as a security consultant on asymmetric threats for various agencies.

"The deadly duel between Pike and the terrorists is both cerebral and graphically violent...[Taylor] brings such incredible realism and authenticity that readers feel like they are looking over the shoulders of a real antiterrorist operation."--Library Journal More Praise for Brad Taylor and the Pike Logan series "Fresh plot, great action and Taylor clearly knows what he is writing about....When it comes to tactics and hardware he is spot on."--Vince Flynn, #1 New York Times bestselling author "Taylor has become one of the very best writers of thrillers with a military and special-ops background...Comparisons to Vince Flynn and Brad Thor are expected and not inaccurate, but Taylor is now in a class by himself."--Booklist "Slick, exciting action and credible complexity are the hallmarks of Taylor's high-caliber thrillers."--Library Journal "Few authors write about espionage, terrorism, and clandestine hit squads as well as Taylor does."--Houston Press "Action packed....Those who prize authentic military action will be rewarded."--Publishers Weekly --This text refers to an alternate kindle_edition edition.

"" --This text refers to an alternate kindle_edition edition.
Read more

4.4 out of 5 stars
4.4 out of 5
1,379 global ratings
How are ratings calculated?
To calculate the overall star rating and percentage breakdown by star, we don’t use a simple average. Instead, our system considers things like how recent a review is and if the reviewer bought the item on Amazon. It also analyses reviews to verify trustworthiness.

Darren Banks
5.0 out of 5 stars Captivating
Reviewed in Australia on 14 January 2016
Verified Purchase
Great read looked for another author and happy I have found this one, kept me awake at night because I couldn't put it down
Read more
Helpful
Report abuse
See all reviews

CF
3.0 out of 5 stars A good writer let down by irritating story progression
Reviewed in the United Kingdom on 21 November 2020
Verified Purchase
Brad Taylor is obviously an accomplished writer (hence the 3 stars). But I found it all very frustrating. The story basically turns on Pike's lapses in competence. Pike is at once both excellent in his skills as a military man while at the same time makes monumental errors that drive the story on.

I persevered right to the end where quite possibly the worst incompetence and the most unbelievably lucky set of circumstances, brought the story to an end.

Sorry! Pike is not for me, I'm afraid.

healthysean
4.0 out of 5 stars A Great Action Packed Thriller.
Reviewed in the United Kingdom on 10 June 2017
Verified Purchase
While I am on a run with my favourite type of books, action packed thrillers!

Again reading one of the many authors who specialise in these great books.

Brad Taylor, is the right man to write this type of books, why you ask?

He was commissioned as a second lieutenant in the U.S. Army Infantry. Brad served for more than 21 years, retiring as a Special Forces Lieutenant Colonel. During that time he held numerous Infantry and Special Forces positions, including eight years in 1st Special Forces Operational Detachment – Delta where he commanded multiple troops and a squadron. He has conducted operations in support of US national interests in Iraq, Afghanistan, and other classified locations.

They call it the Taskforce. Commissioned at the highest level of the U.S. government. Protected from the prying eyes of Congress and the media. Designed to operate outside the bounds of U.S. law. Trained to exist on the ragged edge of human capability.

Pike Logan was the most successful operator on the Taskforce, his instincts and talents unrivaled—until personal tragedy permanently altered his outlook on the world. Pike knows what the rest of the country might not want to admit: The real threat isn't from any nation, any government, any terrorist group. The real threat is one or two men, controlled by ideology, operating independently, in possession of a powerful weapon.

Buried in a stack of intercepted chatter is evidence of two such men. The transcripts are scheduled for analysis in three months. The attack is mere days away. It is their bad luck that they're about to cross paths with Pike Logan. Because Pike Logan has nothing left to lose.

In this book we follow Pike across Central America, Norway, Bosnia as well as America. Along with Pike is a great character Jennifer Cahill, who really add to the story as well as adding humour to the fast paced, action story.

Pike Logan is a tough, appealing hero and I look forward to reading more. Just maybe one star below Brad Thor , Ben Coes and Tom Wood.

Nick Brett
3.0 out of 5 stars First steps
Reviewed in the United Kingdom on 6 July 2015
Verified Purchase
An okay thriller which is slightly generic.

After a tragic personal loss, “Pike” Logan leaves the special black ops unit he is in and starts to wallow in self-pity. A chance encounter forces himself to get involved once again, and he ends up chasing terrorists around the globe while avoiding a kill squad that has been put on his tail.
Nothing original here and it does read like a first book and normally I would probably not bother with the rest of the series, but having been told that it gets much, much, better as the author grows in confidence I think I will continue with this series.
Read more
2 people found this helpful
Report abuse

SGS
5.0 out of 5 stars Highly recommended. Going to be a great series.
Reviewed in the United Kingdom on 6 March 2015
Verified Purchase
Brilliant. A great start to a new tough guy hero. Can't wait to read the next ones.
Read more
2 people found this helpful
Report abuse
See all reviews
Back to top
Get to Know Us
Make Money with Us
Let Us Help You
And don't forget:
© 1996-2021, Amazon.com, Inc. or its affiliates