One for the Rogue: The Bachelor Lords of London and over 1.5 million other books are available for Amazon Kindle . Learn more
Share <Embed> 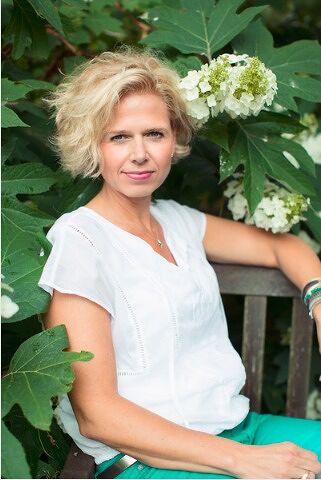 One for the Rogue Mass Market Paperback – 10 January 2017

Page 1 of 1 Start overPage 1 of 1
Previous page
Next page
Start reading One for the Rogue: The Bachelor Lords of London on your Kindle in under a minute.

"[Emmaline] is a great heroine in a bad situation, creative and intelligent enough to discover solutions to her difficulties. If, along the way, she finds a man to love who can help her achieve her goals, that is just a bonus. Readers of Michaels's series will not be disappointed.--Library Journal

"This debut and series opener is all that romance fans could hope for: a sulky hero, a determined can't-get-me-down heroine, and multiple obstacles to a loving relationship. Funny and heartfelt, this book will entice readers to move in to the neighborhood."--Library Journal (starred review)

"Charis Michaels, a shining new talent in the romance genre, is a must read. She brings rich characters, depth of emotion, and a unique voice to her stories that makes them unforgettable."--Lorraine Heath, New York Times bestselling author

This spirited American heroine and brooding English earl will have readers turning the pages as fast as they can! A dramatic, highly-emotional read from the talented Charis Michaels, a fresh new voice on the romance landscape.--Susan Elizabeth Phillips, New York Times bestselling author

USA Today bestselling author Charis Michaels believes a romance novel is a long, entertaining answer to the question, "So, how did you two meet?" and she loves making up new ways for fictional characters to almost not meet but live happily ever instead. She was raised on a peach farm in Texas and gave tours at Disney World in college but now can be found raising her family and writing love stories from her screened-in porch in the mid-Atlantic.

4.1 out of 5 stars
4.1 out of 5
40 global ratings
How are ratings calculated?
To calculate the overall star rating and percentage breakdown by star, we don’t use a simple average. Instead, our system considers things like how recent a review is and if the reviewer bought the item on Amazon. It also analyses reviews to verify trustworthiness.

lark
1.0 out of 5 stars What a mess...
Reviewed in the United States on 23 September 2017
Verified Purchase
The author doesn't know the meaning of research. I've learned to put up with minor gaffes and errors in titles, but this novel is beyond the limit.

1. A recognized first-born son is heir to the title. Period. He can't decide to ditch it and give the title to his younger brother.
2. The new duke can't just latch on, willy nilly, to the fortune inherited by the dowager duchess's mentally impaired brother. There were, and are, laws in place for this circumstance.

By the time I reached #2, I was already cross eyed from reading turgid prose.

I got sucked into reading this author's debut (which was bad,) and this third one is worse. I stopped reading. The writer should take a writing course (or 10,) stick to contemporaries and, for pity's sake, stay away from the British aristocracy.

I only reviewed this to get some satisfaction from my 99 cents.
Read more
28 people found this helpful
Report abuse

Happily Mary After
5.0 out of 5 stars One for the Rogue might be my favorite Charis Michaels book, but please do not make me choose.
Reviewed in the United States on 7 December 2016
Verified Purchase
Charis Michaels is my favorite debut author of 2016, and I’ve loved all three books in her Bachelor Lords of London series. One for the Rogue is the third installment and might be my favorite. (Don’t worry if you have not read the prior two books; all the books are stand-alones.) I love a reluctant hero and Beau Courtland is a very reluctant hero. He’s met his match with the determined Emmaline, and their tumble into love was entertaining, fun and included Ms. Michael's subtle humor weaved throughout the story.

Beau unwillingly became Viscount Ransleigh when it was discovered that his older brother, Bryson, was actually illegitimate. Beau has spent his entire life as a carefree rakehell while Bryson was always the serious, responsible brother. Beau doesn’t believe he’s cut out to be a Viscount nor does he want to be one; therefore, he does everything in his power to not act like one. He lives on a boat at the docks, doesn’t ever use his title and behaves without abandon resisting his brother’s constant efforts to get him to take on his new role.

He’s flabbergasted when the dowager Duchess of Ticking, Emmaline, shows up at his boat telling him that she’s been sent there by his brother to train him how to behave. Beau is having none of it, but Emmaline is persistent and he’s attracted to her. She needs Beau to agree to the lessons, because she’s doing this in the hopes that Bryson will return the favor and help her. She needs Bryson’s ships to deliver a shipment to America to sell in order to protect her little brother’s inheritance. She’s her brother’s guardian.

Once Beau discovers that there is more to Emmaline’s pursuit than his just brother’s expectations, he concedes and they begin. Neither expects their simple lessons could lead to so much more.

I loved Emmaline’s brother in the story; it added a heartfelt and interesting storyline. Emmaline is clever, strong and definitely the kick in the pants that Beau needs. Their love story was both sweet, sexy and emotional. One for the Rogue is an all around satisfying read making this a great series finale in the Bachelor Lords of London series.
Read more
16 people found this helpful
Report abuse

Karen Talley
2.0 out of 5 stars **********SPOILERS IN REVIEW**************
Reviewed in the United States on 12 January 2019
Verified Purchase
Um...I just couldn't get past the Viscount giving up his title to his younger brother. Or did he have it taken away? Either way is just wrong which makes the entire premise for this book completely wrong. I think the author should have done a little more research on this. There were so many other things about this book that were problematic that I couldn't focus on the story the way that I like. I found the "hero," Beau, to be one of the most un-heroic characters that I have come across. I just never warmed up to him. I did like the rather intrepid heroine, Emma the young Dowager Duchess, although I found it amazing how someone so closely guarded could run all over town and evade her body guards. But, what really killed it for me was the silly ending. Sorry, but I can't recommend this book at all.

Miz Waller
2.0 out of 5 stars I'm sorry but first of all, your plot needs to be realistic
Reviewed in the United States on 19 February 2017
Verified Purchase
If a male is born in a legal marriage and acknowledged by his father as his heir, he won't have his title taken away and given to his younger brother.
I couldn't get past the first few pages.
Read more
15 people found this helpful
Report abuse

Avid reader
3.0 out of 5 stars Couldn't put it down, but felt shortchanged at the ending
Reviewed in the United States on 11 January 2017
Verified Purchase
This was a really good read and I couldn't put it down. However the ending left me feeling a bit short changed. I felt the same way about book one of the series, there is no real comeuppance for the villains of the story. This story focuses on the hero's struggle with abuse of power and yet I felt there were NO consequences for what the dukes family did (even in the court of public opinion) and this undermined the message of the story. So I felt disappointed that no real conclusion came regarding this aspect of the story even though it certainly seemed hinted at. The love story is captivating but the journeys of the characters did not come full circle to me. Also the lack of detail and present circumstances of past characters we became fond of from the other books was woefully minimal.
Read more
2 people found this helpful
Report abuse
See all reviews
Get FREE delivery with Amazon Prime
Prime members enjoy FREE Delivery and exclusive access to movies, TV shows, music, Kindle e-books, Twitch Prime, and more.
> Get Started
Back to top
Get to Know Us
Make Money with Us
Let Us Help You
And don't forget:
© 1996-2020, Amazon.com, Inc. or its affiliates