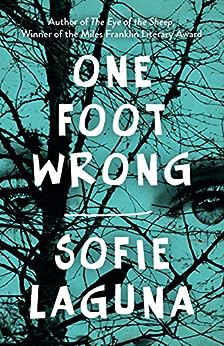 'Unique and absolutely hypnotic' Emily Maguire, author of Taming the Beast --This text refers to an alternate kindle_edition edition.

3.7 out of 5 stars
3.7 out of 5
70 global ratings
How are ratings calculated?
To calculate the overall star rating and percentage breakdown by star, we don’t use a simple average. Instead, our system considers things like how recent a review is and if the reviewer bought the item on Amazon. It also analyses reviews to verify trustworthiness.

Sheila
2.0 out of 5 stars A RATHER GRIM READ!
Reviewed in Australia on 29 July 2019
Verified Purchase
I really did not like or enjoy this book. It was quite harrowing. It is hard to believe that parents treat their children with ignorance and cruelty and yet we know they do and that 'authorities' do not look more closely into why a child behaves abnormally and accept the stories and excuses they are told by parents and care givers. I don't think I really understood what the author was trying to impart to her readers.
Read more
Helpful
Report abuse

GQ
5.0 out of 5 stars Perfect weekend read, hooked from Page 1
Reviewed in Australia on 18 November 2015
Verified Purchase
I absolutely could not put this book down, I purchased this thanks to the Kindle Daily Deal and jumped into it after finishing another book and without reading the description or knowing what it was about.

This piece follows the story of Hester, an intellectually differently-abled child whose parents keep her at home with only the 'Abridged Picture Bible' as a source of information. Hester accepts this as normal, having no other influences besides her highly religious parents and the rules they set for her, but this slowly changes when she is assessed by a doctor and allowed to go to school where her mind is finally opened to the outside world. This is where the book really took hold for me.

The story is harrowing at times and highlights the inadequacies in our own social systems in how we deal with children who have needs outside the 'norm'. I feel that the content can be related to the life of any readers. The interactions of the school staff and students, even the awkward friends Hester develops hold true in some part to everybody's experience of school, growing up and how we treat people with mental health through to our adult lives.

The writing style here took some getting used to, but after the first page I was intrigued and couldn't put it down. The style is easy to follow and the thoughts and conversations from Hester are adorable throughout and easy to follow.
Read more
2 people found this helpful
Helpful
Report abuse

Anne Whight
TOP 500 REVIEWER
5.0 out of 5 stars Hauntingly beautiful
Reviewed in Australia on 7 December 2015
Verified Purchase
This is the beautifully written tale of Hester who is brought up in isolation by brutal and extremely strict parents, never allowed outside, with only a picture bible to read and a host of imaginary friends like Cat, Spoon and Wood. It had me hooked from the beginning. This is my first read of a book by Sophie Laguna and I can't wait to read more from her. I loved the book's visual beauty and the way it created an emotional tie between character and reader.
Read more
Helpful
Report abuse

local reader
2.0 out of 5 stars Dark story - not for bedtime reading
Reviewed in Australia on 2 June 2019
Verified Purchase
I found this story disturbing and only kept reading to see if there was ahope in the ending. Technically I think it was written in very interesting way but I can't say I liked it.
Read more
Helpful
Report abuse

Shaz198
3.0 out of 5 stars Tragic story... but I had trouble following ...
Reviewed in Australia on 20 July 2015
Verified Purchase
Tragic story...but I had trouble following the garbled imagination of the narrator...I could feel the anguish, but it didn't make the wild speech pattern any easier to make sense of...3 stars..bordering on 2
Read more
Helpful
Report abuse
See all reviews

MisterHobgoblin
4.0 out of 5 stars It's hard to dance with the devil on your back
Reviewed in the United Kingdom on 19 June 2015
Verified Purchase
Meet Hester. A young girl, living indoors without any contact to the outside world. Hester’s friends are inanimate objects – Table, Spoon, Handle – and Cat. Hester’s parents, Boot and Sack, are deeply religious and offer Hester an illustrated Children’s Bible for entertainment and promise her that one day she will have her own room.

It seems a bit like Emma Donoghue’s Room at first, but it starts to become clear that rather than being a captive held against her will, Hester has learning difficulties and complies with the restrictions placed on her. Hester is known to the authorities and when she is assessed as fit to go to school, off to school she goes.

The relationship between Hester and her parents is complicated. From Hester’s perspective, there is an absolute dependence and an acceptance of her situation. There are occasional streaks of rebellion, but they are small and, when thwarted, are given up with little complaint. Boot and Hester both show a conflict between a love for Hester leading to over-protectiveness (she is their only child), and a wish to punish her for not being like other children. Sack, in particular, seems to blame Hester’s condition (which is never overtly defined) on her late pregnancy and this causes a maelstrom of guilt, disappointment and frustration. Moreover, it seems Sack has her own health worries.

Hester is constantly and consistently betrayed, and this seems all the more heinous given her guileless nature. The reader wills Hester to recognise the betrayals and rise up against them, but the reader also recognises Hester’s powerlessness to respond or to cope with the consequences were she to do so. The light, such as it is, seems to be Hester’s ability to form friendships with the rare outsiders whose paths she crosses: her grandmother, Mary and Lorna.

One Foot Wrong is narrated by Hester in a curious language. Having been deprived of childhood company and television, having never been able to read, Hester’s only cultural reference points are the biblical terminology her parents have given her. Hence, cars are chariots, birds are gods, imagery centres around trees, fire and the sun. At first, the language doesn’t seem quite authentic. Perhaps Hester thinks too deeply or too vividly for someone of apparently limited intellect. But these doubts settle down and the reader becomes willing to go along with it.

The novel comes in two halves; to describe the latter would give away the former, but it breathes life into a narrative that might have got into a bit of a blind alley. My question would be whether this comes at the expense of consistency of Hester’s established character. On the other hand, perhaps it makes us question the impression we had all formed of Hester.

This is a short novel but it has a lot in it. It will make the reader think and question his or her preconceptions. It will horrify, appal, disappoint and give hope in various measures. It’s a roller-coaster ride and the pacing works. It is an important example of seeing the person, not the intellectual disability or mental illness. It asks questions of how we treat people with disability and/or mental illness in contemporary society and just what safeguards we put in place to ensure their wellbeing. Most of all, it is an excellent answer to those moments when one questions the value of spending money and effort to develop people whose potential seems to be limited.
Read more
One person found this helpful
Report abuse

I. Maughn
3.0 out of 5 stars Good but not great
Reviewed in the United Kingdom on 28 February 2016
Verified Purchase
Ho hum. I wanted to like this a lot more than I did. The biggest problem for me was the language of the POV. Written in first person, but a first person who - we are supposed to believe - has a limited and underdeveloped vocabulary. The problem therefore, is that so much of the language which is used to get the author's point across is too sophisticated for the actual narrator. Additionally, what I suspect is meant to be whimsy comes across as so glaringly unrealistic that it didn't so much drag me out of the narrative but prevent me from ever getting into it in the first place. And the naivete that is meant (I suspect) to make Hester endearing, merely comes across as annoying as it is so overtly contrived.

Again, there was the potential for so much more in this but too much went unsaid. Huge questions (spoilery ones about to be asked...) that needed answering to make sense of it all: was she actually mentally impaired or solely a product of the parental abuse? Why, when her language came wholly from her parents, did she call them Sack and Boot, particularly as we know that Boot wanted to be called Father? Why did a teacher not respond in any way to hearing a child - believably - describing being hanged as punishment? Why did the author feel the need to invent such a completely unrealistic Dr. (the 2nd one) to explain her contrived plot? Ditto the care home manager: although this goes undated it is clear it is meant to be relatively modern. Hester was there officially: no manager is going to just let her go because another patient's brother pays her to. And finally, (big spoiler so stop here if you don't want to know the ending....)

....did she bother actually researching just what it would take - time and strength wise - to dissect two adults with a kitchen knife into saucepan sized chunks? By what is presented on the page, I'm guessing not. And that left the ending all far too deus ex machina.

Overall it felt let down by the fact it just didn't seem to be able to make up its mind what it wanted to be. An exploration of mental illness? Failed. An exploration of the effects of abuse? Failed. Magic realism (if we are to assume Hester was not mentally impaired)? Failed. Pity really as I did actually think it was a relatively engaging read and whereas this may not make it onto my favourites list, I'll certainly look out anything else by the author.
Read more
Report abuse

Ronnie Tyler
5.0 out of 5 stars Excellent writing, difficult subject matter.
Reviewed in the United States on 1 April 2019
Verified Purchase
Well dang, this left me spinning after the last word went into my brain. Magnificent writing, tragic subject matter. (Thanks, Religion, you did it again…) Sofie Laguna wrote with such an innocent and dreamy child’s narration, and I was enthralled from beginning to end. Brava.
Read more
2 people found this helpful
Report abuse

Judith J. Mcgregor
5.0 out of 5 stars Difficult book
Reviewed in the United States on 6 July 2016
Verified Purchase
I could have given this book one star...I gave it 5 because it is so beautifully written. It is incredible hard to read. I don't want to know about things like this....I don't want to know about children who are abused and suffer. I don't want to know about a society that lets this happen. But I couldn't put this down.
Read more
2 people found this helpful
Report abuse
See all reviews
Back to top
Get to Know Us
Make Money with Us
Let Us Help You
And don't forget:
© 1996-2021, Amazon.com, Inc. or its affiliates