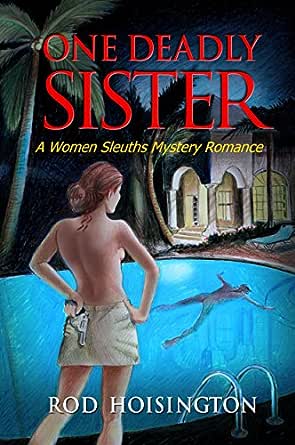 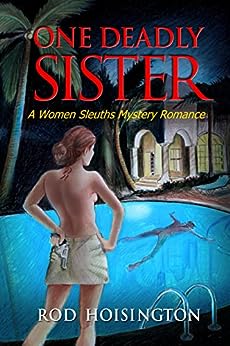 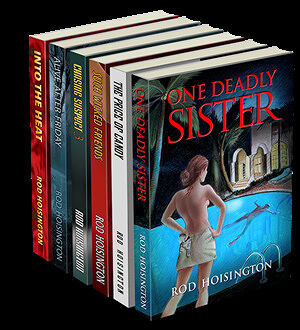 Rod Hoisington lives in Vero Beach, FL. where he devotes full-time to his compulsion to dig into the souls and lives of fictional characters. ONE DEADLY SISTER is the first in the popular Sandy Reid mystery series. Followed by THE PRICE OF CANDY, SUCH WICKED FRIENDS, CHASING SUSPECT THREE and ALIVE AFTER FRIDAY. --This text refers to an out of print or unavailable edition of this title.

4.0 out of 5 stars
4 out of 5
1,211 global ratings
How are ratings calculated?
To calculate the overall star rating and percentage breakdown by star, we don’t use a simple average. Instead, our system considers things like how recent a review is and if the reviewer bought the item on Amazon. It also analyses reviews to verify trustworthiness.

Diane McGuire
5.0 out of 5 stars Great little read
Reviewed in Australia on 28 August 2014
Verified Purchase
I loved this book. Great mystery. wanted it to last and last. loved the characters. Great escape for me. it took my mind to that special escape place were you get lost in your book
Read more
One person found this helpful
Helpful
Report abuse

Catheryn Gilbey
5.0 out of 5 stars Five Stars
Reviewed in Australia on 19 September 2014
Verified Purchase
It kept you guessing who did what to whom right to the end
Read more
2 people found this helpful
Helpful
Report abuse

Vicki Morelli
4.0 out of 5 stars Enjoyable read.
Reviewed in Australia on 20 July 2014
Verified Purchase
It was a bit slow to get into, but it got better & better to the stage I was keen to read at every opportunity. I wasn't sure if I liked Sandy Reid at first, but actually enjoyed her character as I got further into the story. Definitely recommend if you enjoy light mysteries .
Read more
2 people found this helpful
Helpful
Report abuse

Patricia Bennett
4.0 out of 5 stars One deadly sister
Reviewed in Australia on 22 April 2014
Verified Purchase
I really enjoyed this book, it is a great read. I enjoyed the characters and can't wait to read more.
Read more
2 people found this helpful
Helpful
Report abuse

Dr.B
2.0 out of 5 stars Didn't engage me
Reviewed in Australia on 4 July 2014
Verified Purchase
Started but didn't get very far. I'm not a fan of stories that are based on a stupid decision that leads to the mystery or mayhem.
Read more
2 people found this helpful
Helpful
Report abuse

Dallass
TOP 100 REVIEWER
1.0 out of 5 stars So not for me
Reviewed in Australia on 29 December 2019
I was looking forward to this, but after the first chapter, where we see the fractured relationship between the siblings, we spend the next six plus chapters reliving the lead up to the murder from the brothers pov, and it was boring.

I didn’t connect with any of the characters, they were all a bit bland, selfish and uninteresting. I thought the brother was just a selfish character. Geez, he couldn’t even be bothered to visit his sister in a bogus juvie rehab (an act which would have gotten her released three months early!), and his sister, the MC, Sandy, was still holding a major grudge, okay deservedly so, but still, it didn’t make for an enjoyable atmosphere.

Ann Stanmore
5.0 out of 5 stars Great character, good book
Reviewed in the United Kingdom on 15 September 2014
Verified Purchase
My first read of the Sandy Reid Mystery books and thoroughly enjoyed it.

Sandy doesn't want to know when her brother Ray calls for help, after all he didn't help her all those years ago did he. Also there were a lot of miles between them now, she in Philadelphia and him in Florida. Of course, eventually she weakens and goes to see what is going on.

Sandy is then drawn in to intrigue, mystery, murder as she tries to save her brother. Add to all these goings on, the attraction she feels for the handsome detective and you have one very good story.

helwoo
4.0 out of 5 stars Gripping and engaging.
Reviewed in the United Kingdom on 29 December 2013
Verified Purchase
One deadly sister is an excellent read, a brilliant starting point for any series. I love a good mystery novel but get tired with these easy to solve cases and dull, expected villains. And I must say, even after discovering the killer I was still in disbelief. Definitely not what I expected! Would definitely recommend this book, well plotted and well written, I could barely criticize. Will only say that sometimes there is a little too much detail which gets confusing and muddled with the 'need to know'
Read more
2 people found this helpful
Report abuse

Elaine
5.0 out of 5 stars A great enjoyable read
Reviewed in the United Kingdom on 21 January 2014
Verified Purchase
I truly enjoyed this book, and it was free, so didn't really expect it to be that great, but was pleasantly surprised. I am now looking for more books from this author and am happy paying for them, yes it is a bit far fetched with the plot and outcome but if I wanted a real crime I would get true crime and not fiction, this is a good read and free so definitely worth a look.
Read more
2 people found this helpful
Report abuse

A B S
5.0 out of 5 stars Was a brilliant read!!
Reviewed in the United Kingdom on 17 January 2014
Verified Purchase
I personally don't like very bloody and violent books... I prefer very good sleuths, with good realistic character's with twists, turns and surprises; that make you use your brain trying to see who really did what and why... along with getting to know the people in the plot. This book had all of that I'll be looking for the next sequel 'Price of Candy' it was not the longest book to read as I read it in a few evening's but loved it.
Read more
One person found this helpful
Report abuse

Kindle Customer
4.0 out of 5 stars One Deadly Sister
Reviewed in the United Kingdom on 24 January 2019
Verified Purchase
A very good book. It took a while to get into the storyline. However it is well written with many twists and turns.
Read more
Report abuse
See all reviews
Back to top
Get to Know Us
Make Money with Us
Let Us Help You
And don't forget:
© 1996-2021, Amazon.com, Inc. or its affiliates