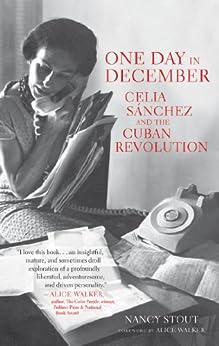 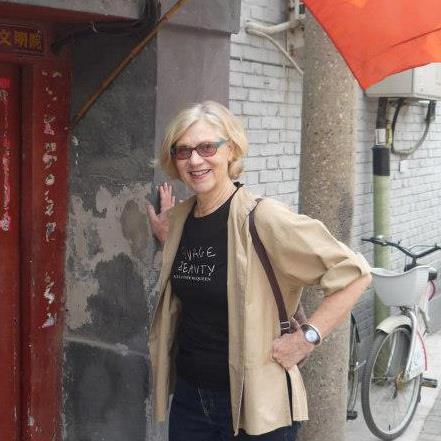 One Day in December: Celia Sánchez and the Cuban Revolution Kindle Edition

I love this book. . . an insightful, mature, and sometimes droll exploration of a profoundly liberated, adventuresome and driven personality. I love the life of Celia Sanchez, a life that was singular, sui generis, and true to its time of revolution and change in Cuban society.-Alice Walker, author, The Color Purple; winner, Pulitzer Prize,A penetrating and startling biography. . . takes on the importance of the work of Arundhati Roy or Noam Chomsky in its insistence on looking at facts rather than self-serving capitalist and neocolonialist myth. . . also a damn good read about a passionate, sensuous, and brilliant woman!-Sapphire, author of Push and The Kid,Engrossing, endearing, and eloquent, this sympathetic and superbly crafted portrait of the True Flower of the Revolution unfolds in magnificent detail. . . so intimate is Stouts well-informed tour de force that the description of Sanchezs death brings the reader to tears, inspired by a deep sense of love and loss.-Christopher P. Baker, author, Mi Moto Fidel: Motorcycling Through Castro's Cuba,In this riveting and eloquent portrait, Celia Sanchez finally emerges as a major star in Cubas revolutionary drama: a political animal, a management consultant, a historian, and of course, a confidante to Fidel Castro. . . her legacy, especially for women and girls education and health, and as the chief archivist of the insurgency, comes alive in Stouts exhaustively researched biography.-Julia Sweig, Nelson and David Rockefeller Senior Fellow and Director, Latin America Studies and Global Brazil Initiative, Council on Foreign Relations,This excellent book tells us about Celia Sanchez, an early leader of the Cuban Revolution and a fascinating character. . . as Stout movingly describes her, Celia was totally devoted to Fidel and to the Cuban Revolution. And she loved and was loved by the Cuban people. I was in Havana at the time of her death in January of 1980 and well remember the deep sadness it occasioned.-Wayne S. Smith, senior fellow and director of the Cuba Project, Center for International Policy; former head, U.S. Interests Section in Havana, --This text refers to an alternate kindle_edition edition.

Nancy Stout is a writer and photographer living in New York City, currently employed by Fordham University as a Reference Librarian. Her books include Great American Thoroughbred Racetracks, Homestretch, The West Side YMCA: A Social and Architectural Retrospective, Havana/La Habana (with architect Jorge Rigau, who wrote the text), and Habanos: the Story of the Havana Cigar (author and photographer).

Alice Walker is an author, poet, and activist; she won the Pulitzer Prize and the National Book Award for her novel The Color Purple. --This text refers to an alternate kindle_edition edition.

Nancy Stout is a writer and photographer living in New York City, currently employed at the New York Psychoanalytic Society and Institute as a Librarian. Her books include One Day In December: Celia Sanchez and the Cuban Revolution (with a foreword by Alice Walker); Great American Thoroughbred Racetracks; Homestretch; The West Side YMCA: A Social and Architectural Retrospective; Havana/La Habana (with architect Jorge Rigau, who wrote the text); and Habanos: the Story of the Havana Cigar (author and photographer).

Martins Agbonlahor
5.0 out of 5 stars Captivating!
Reviewed in the United Kingdom on 8 February 2019
Verified Purchase
I devoured this great work within 24 hours and re-read it again and again. It is simply unputdownable and deserves the stars given. The world is agog with the contribution of Che, Fidel and Cienfuegos. However, on reading this marvellous book, you wonder if Fidel's revolution would not have amounted to nought had this great woman named Celia Sanchez not contributed immensely to its success. This is a great biography and Ms Sanchez deserves a place as one of the heroines of the Cuba revolution: her foresight, indefatigable energies for work as well as her love for humanity place her ahead of her peers. Adieu, the Doctor's Daughter! May you find sweet repose in the laps of God Almighty.
Read more
Report abuse

Lookingathistory
5.0 out of 5 stars Well Written
Reviewed in the United Kingdom on 6 August 2013
Verified Purchase
An excellent book well researched and written. The human side of the Cuban Revolution comes through the lines of this book.
Read more
One person found this helpful
Report abuse

Sylvia Hargrave
5.0 out of 5 stars One Day in December
Reviewed in the United Kingdom on 31 August 2013
Verified Purchase
What a wonderful woman! Her intellect, kindness and dedication to the Cuban people is an inspiration. Couldn't put it down. Nancy Stout has certainly done her research.
Read more
One person found this helpful
Report abuse

Terry Cowan
1.0 out of 5 stars One Day in December - Review
Reviewed in Canada on 19 June 2014
Verified Purchase
I was thoroughly disappointed in this book. I have an interest in the Cuban Revolution, and was looking forward to a well researched book about one of the Revolutions leaders, Celia Sanchez.

Stout claims that she was granted access to the official archives, but if so, she certainly didn't make use of this honor. For example, in one chapter she quotes a letter from Ms. Sanchez to Fidel Castro, and, in the author's words: " ... a reminder that she always has to replace his glasses (because he is such a brat and breaks them)" These are not the words of Ms. Sanchez, but the impression of the author. Then the author states: "...because I did not ask the curator of Fidel's papers at the archives for his response, I don't know what nasty and mean things he wrote back to her." If she did not see the letters, then how does she know that he wrote "nasty and mean things"? I am not an investigative author, or journalist, but if I was, and I was granted access to Fidel Castro's letters and papers, I would certainly take the time to read them. I also would assume that as Fidel Castro was waging a war when these letters were written, that that could possibly be the reason for broken glasses, and not "temper tantrums", as Ms. Stout is implying here.

Later in the book she informs us that it took her three years to get clearance from the Cuba Council of State to visit the Comandancia, where she writes about the flowers that Ms. Sanchez planted there, and not much else. Certainly, she makes no mention of any of the military decisions that were made in, and issued from, this historic site. In spite of the fact that she waited three years for permission to visit the Comandancia, she declines to go further up the hill, to where Radio Rebelde was situated, stating: "Erasmo asked if I wanted to go up to the mountain house used by Radio Rebelde, but I chose to sit by the waterfall instead." - Seriously? A three year wait for permission to access the site, and she doesn't even bother to view the place where most of the M26 propaganda and news was issued from? After waiting three years, she doesn't even bother to view the whole site?

This book is full of statements in which the author begins sentences with phrases such as these: "I believe that Celia was thinking ..." , "I did not ask what they meant by this, but I believe ....", etc. etc. It is written in a form that reminds me more of a Harlequin Romance novel, than a biography of one of the world's great revolutionaries. Stout spends more time discussing the Coppelia Ice Cream Parlour than she does the Bay of Pigs Invasion. At one point the author even had me laughing, when she intimated that Fidel Castro, Che Guevara, and other leaders of the Sierra Maestra needed, and took, military advice from Ms. Sanchez.

This book is a waste of time for anyone who has a serious interest in the Cuban Revolution - either during it's insurrection or through it's 50 year history. It is an insult to the memory of Celia Sanchez. If it truly did take Ms. Stout ten years to write it, then it was almost as colossal a waste of her time writing it, as it was my time reading it.

I would not recommend this poorly written book to anyone.
Read more
3 people found this helpful
Report abuse
See all reviews
Back to top
Get to Know Us
Make Money with Us
Let Us Help You
And don't forget:
© 1996-2021, Amazon.com, Inc. or its affiliates